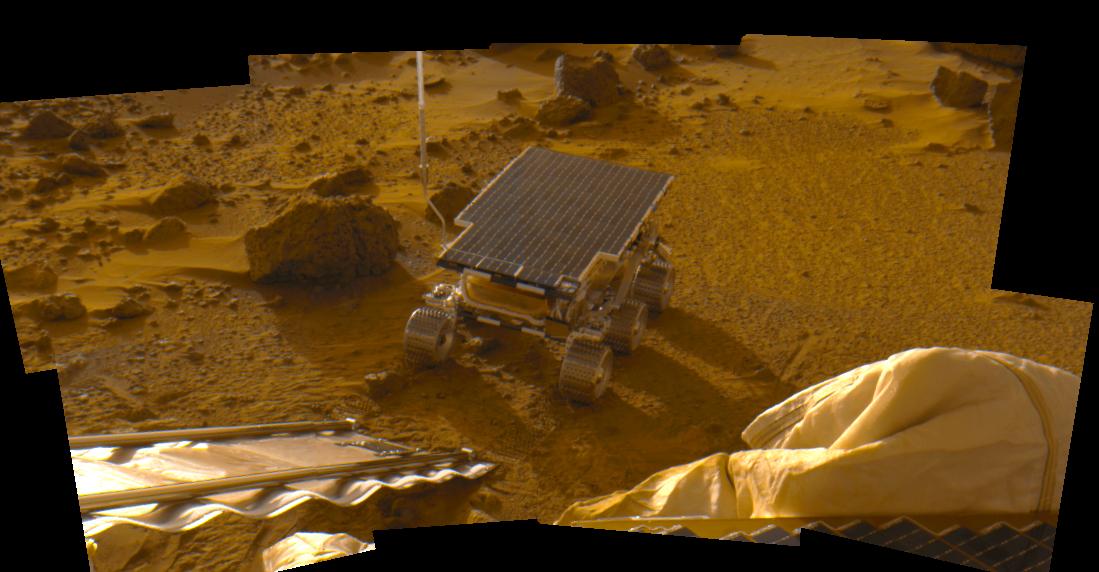 Today, NASA’s Curiosity rover spends its days exploring the Martian landscape and eagerly awaiting the arrival of its newest sibling, the Mars 2020 rover, which is slated to arrive in February of 2021. The machines are designed to last for a long, long time, and they’re a far cry from NASA’s first attempt at a Mars rover.

With July 4th here, NASA is using the opportunity to remember Sojourner, the first rover to explore Mars, which arrived on the Red Planet on July 4th, 1997. It was expected to live for just a week on the dry, dusty surface of Mars, but it set the tone for future Mars missions by lasting far longer than it was designed to.

As NASA explains in a new blog post, the image you see above was taken on just the rover’s second Martian day. It arrived as part of the Pathfinder mission and, upon deployment, was expected to live for seven days before dying.

Instead, Sojourner explored the surface of Mars for nearly three months, tallying 83 days before its handlers back at NASA lost contact with it. The team spent another five months attempting to reestablish connection but ultimately called off their efforts and allowed the rover to rest in peace on the Red Planet.

The stunning photo of the rover was taken as “insurance,” according to NASA, in the event that the camera failed upon being fully deployed. That fear was ultimately unfounded and everything went smoothly, but it’s still a glorious image and one of the best photos of NASA’s first Mars rover.

Sojourner traveled roughly 100 meters during its time on Mars, which might not seem like much today but it was only NASA’s first try. By contrast, the Mars 2020 rover is designed to travel as far as 12 miles before it calls it quits.