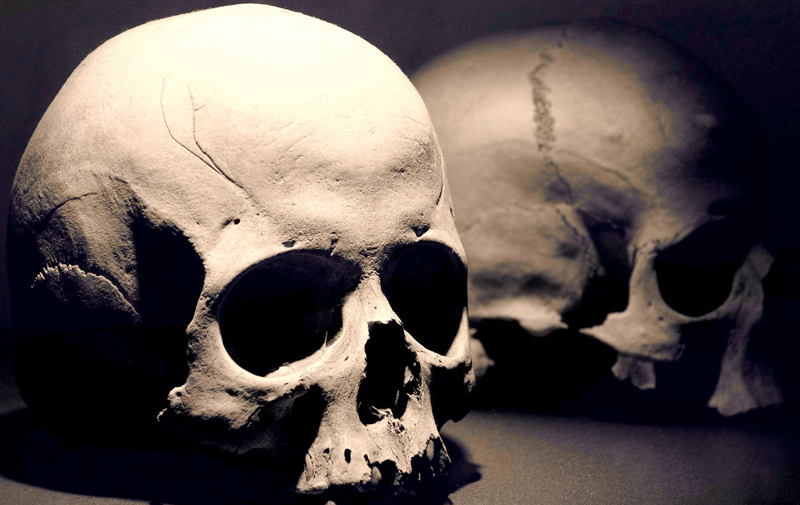 Construction workers in Buckingham, England got a disturbing surprise when they began clearing land for new residential development recently. The housing development includes 72 flats for retired individuals, the first step in making those new homes a reality was, of course, to dig.

Once work began, the excavation crews quickly realized something was amiss. There on the lot, buried in shallow graves, were the remains of 42 individuals. There was no indication that the area was a burial site of any kind. Adding an extra layer of creepiness to the bizarre discovery is the fact that the skeletons appeared to have been restrained before burial, with their hands tied behind their backs.

Local news reports paint an eerie picture of the scene, with remains being plucked from the ground without the oversight of local archeologists or historians. In fact, the rapid removal of the skeletons is now a major point of contention between the local science community and the company developing the land.

MKCitizen, which broke the story, explains:

The 42 bodies were discovered several weeks ago yet nobody has yet seen the archaeologists’ report.

Meanwhile all the skeletons have been removed, leaving just empty holes in the ground that were their graves. It is not known whether there were any artefacts buried with them that could help date the time of their deaths.

Even Bucks County Council’s Archaeological Service (BCAS) has not seen the report, though they are aware of the discovery.

At this point, nobody seems to have a clue as to the identity of those buried, why they were bound, or when the burials took place. Whatever the case, the discovery certainly has historical significance, and archeologists would love to be able to explain what happened there, and when.

“They could date from Anglo Saxon times, when there were killings in Buckingham, or from during the Civil War, which also saw casualties,” district councilor Robin Stuchbury told MKCitizen. “Or they could be criminals who were hanged on the gallows in the town.”

At this point, it remains unclear if local scientists and archeologists will ever have an opportunity to examine the remains or the site itself. For the moment, construction on the area appears to be paused.