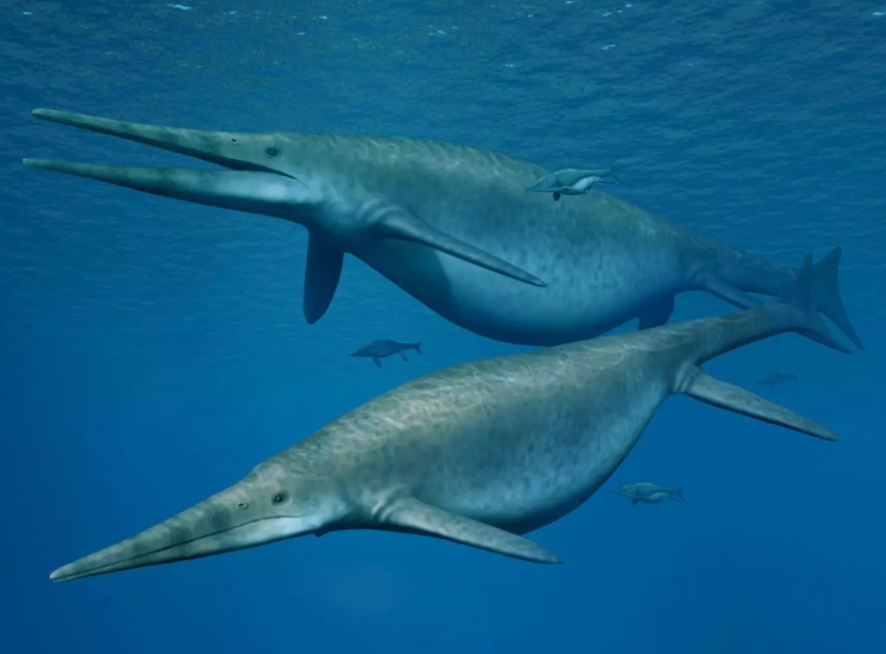 The oceans that cover much of Earth today are filled with all kinds of interesting creatures, and while there’s plenty of dangerous aquatic animals that could end your life, they’re nothing compared to the ancient beasts that once dominated the seas. We’ve seen evidence of many “sea monsters” that lurked in the oceans millions of years ago, but a new discovery of a colossal carnivore from over 200 million years in the past really takes the cake.

Evidence of a truly massive sea reptile has caught the eye of paleontologists, and a new report in PLOS One reveals that not only was the incredible creature big, it may have been one of the largest animals that ever existed. The bones, which date back some 205 million years, were found by a fossil collector in Somerset in the south of England.

The hulking beast was a species of ichthyosaur, a well-known aquatic reptile that researchers have known about for a long time. However, while most species of the fish-like reptile were rather large, none of them compares to this newly-discovered specimen. Judging by the size of its jaw bone, paleontologists have extrapolated that it topped 85 feet in length, rivaling the mighty blue whale for sheer size.

However, the actual size of the creature is still unverified, and scientists are obviously holding out to find a more complete specimen before confirming just how large the animals may have gotten. Actually finding that evidence will pose a challenge, of course, but it’s certainly possible that it is waiting to be discovered somewhere, locked away in rock for hundreds of millions of years.

Unlike modern whales which are often filter feeders, ichthyosaurs are thought to have been actively predatory, with long jaws that could snatch prey to feast on. The thought of a whale-sized ichthyosaur hunting for a meal is pretty frightening, and it’s not hard to imagine a man-sized chunk of meat in the water looking like an easy meal. Just be glad time machines don’t exist.