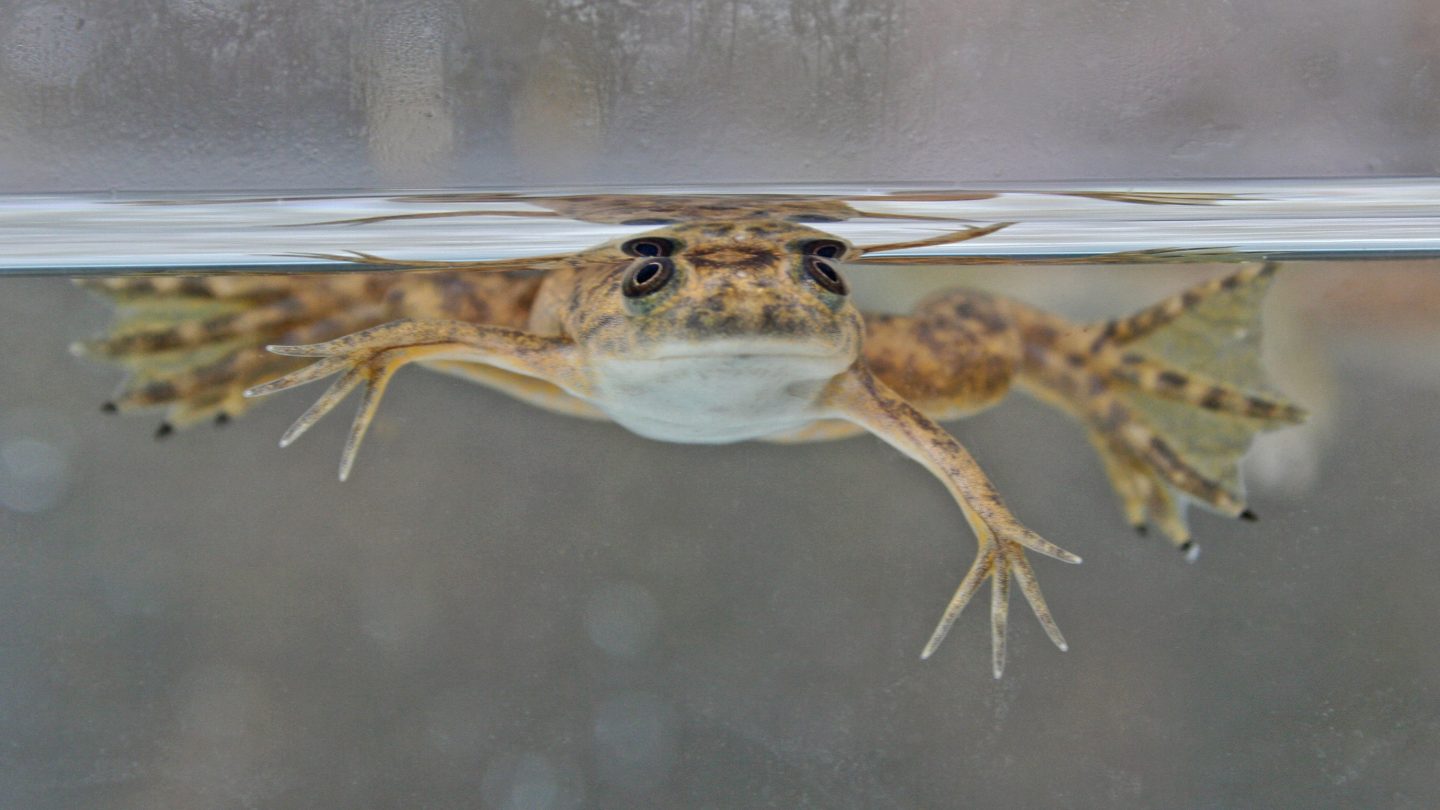 A new study has shown promising results in the quest to make limb regrowth a reality. According to the study’s authors, they were able to use a five-drug cocktail along with a wearable bioreactor to facilitate limb regrowth in several female African clawed frogs. The study is part of an ongoing effort to combat the growing loss of limbs that scientists have seen over the years. Because the first results are already turning out well, the authors believe there could come a time when humans are able to regrow their limbs after losing them.

This study on limb regrowth has promising results

It’s projected that approximately 3.6 million Americans will live with the loss of a limb by 2050. Prosthetics have advanced quite a bit over the years. Making them a good option for people who have lost a limb. However, scientists are still working tirelessly to make limb regrowth an option as well.

In a new study published in the journal Science Advances, Michael Levin and a group of colleagues have managed to trigger limb regrowth in a batch of African clawed frogs. They gathered results over the course of 18 months. They equipped some frogs with the complete drug cocktail and the bioreactor, called a BioDome. The scientists gave just the bioreactor to a group as well. To see how it would work without the drug cocktail. Finally, they left a third group unaltered, to see how the frog’s body would naturally handle the loss of a limb.

The scientists saw extraordinary results in frogs equipped with the bioreactor and the drug cocktail. Levin says that the regrown legs weren’t the most cosmetic, but they worked. Of course, like any experiment, not all of the frogs responded the same to the attempts at limb regrowth. However, Levin says that every frog given the drug cocktail, or at least equipped with the BioDome, saw positive results.

The study also notes that the frogs did not regrow limbs with flippers as they would normally have. And, in regards to the lack of flippers, they are unsure whether it was a result of the cocktail not being perfect or something else. They hope to learn more in future experiments.

What this means for the future of limb replacements

The results of this study are promising. But, there’s still a long way to go before we’re using this on humans. Being able to facilitate limb regrowth in frogs is exciting. Especially when considering this was the first attempt by Levin and his colleagues in this particular case. Now that they have a good baseline, the scientists can continue tweaking the formula. It could also be a good step to see what kind of long-term effects regeneration might have on the frogs.

The scientists can then connect the data to help make limb regrowth technology a possibility. While we’re still a number of years away from it, being able to push the science forward is a huge step in the right direction. The idea is to take the basic level of regeneration that humans already experience and make it more targeted.