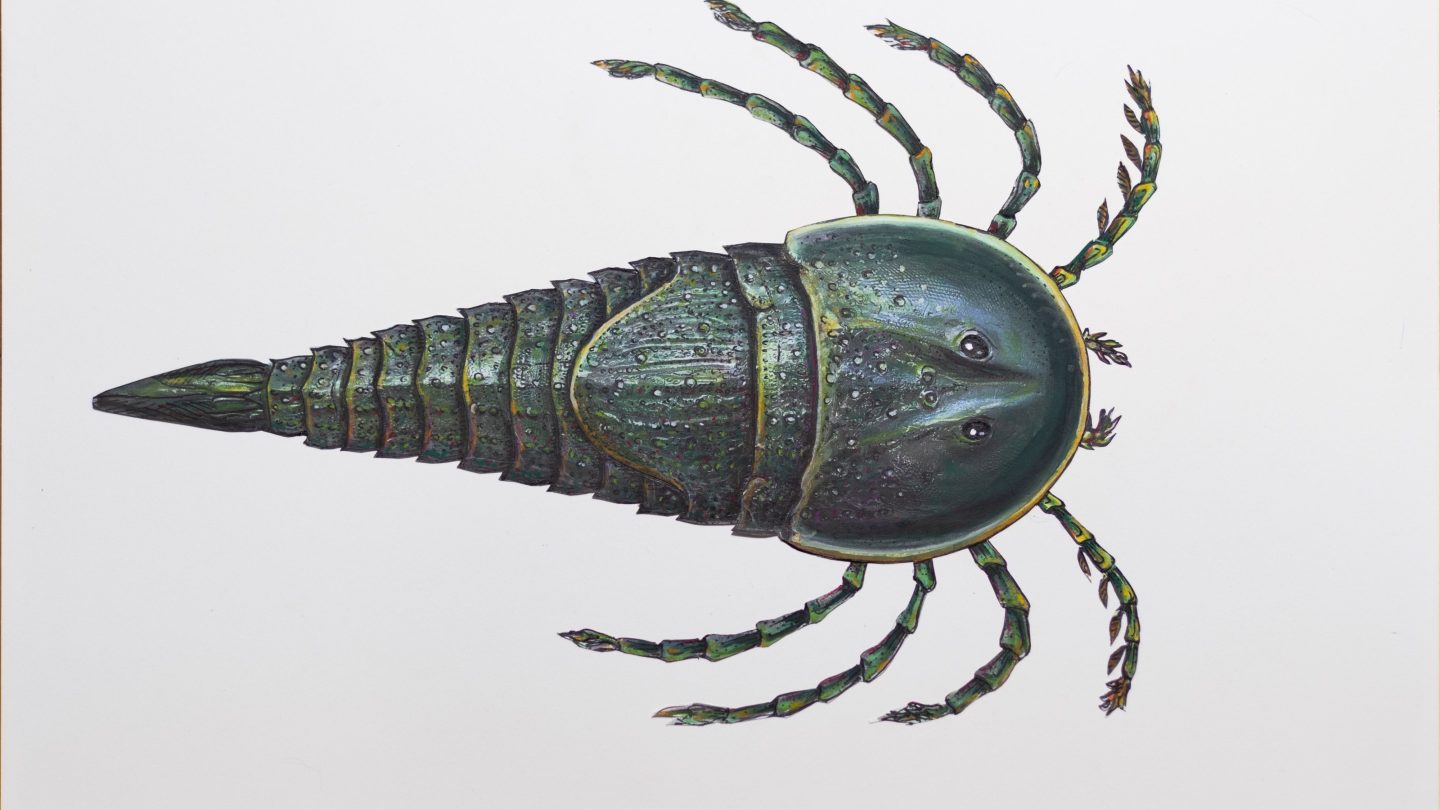 Scientists have finally identified a fossil discovered several years ago. They believe the fossil is that of a prehistoric sea scorpion. They also believe it would have been the largest water predator in the area over 252 million years ago.

This prehistoric sea scorpion had researchers scratching their heads

The fossil in question was originally discovered on Nick Freeman’s family property in the 1990s. The fossil was discovered in the town of Theodore, Queensland. In 2013, Freeman delivered the fossil to the Queensland Museum with hopes they could identify it. Now, after several years of studying it, researchers have named the sea scorpion Woodwardopterus freemanorum.

They named the creature after the man who brought it in for identification, Nick Freeman. Researchers say that the creature was most likely around 1 meter long – roughly 3 feet or so. Additionally, the museum brought in German researcher Markus Poschmann to help date the fossil.

“We needed someone with a broad-based knowledge of this group of animals who could compare the Theodore specimen with other species known from around the world,” Dr. Rozefelds said in a statement.

“Using published dates for volcanic sediments preserved in the coal measures the Theodore sea scorpion has been accurately dated as living 252 million years ago and after extensive research, this particular fossil turned out to be the last eurypterid known from anywhere in the world. This is just before the end-Permian extinction event. The eurypterids disappeared, along with other groups of animals, at this time,” he explained.

Filling in the gaps

It’s a huge find for Australia, as Dr. Poschmann says it helps fill in the gap of our knowledge about prehistoric sea scorpions in that country and worldwide. The researchers also say that they haven’t seen anything else like this from Australia, which makes it an even bigger discovery.

According to researchers, sea scorpions are a now-extinct group of invertebrates. They also believe some of the scorpions were up to two meters in length. While this specimen isn’t that long, it would have been one of the largest known to have inhabited the Theodore area. It will be intriguing to see if we find other fossils matching this species in the future. If so, it could help provide more answers about this particular sea scorpion.

Alison Douglas, an artist, and preparator at the Queensland Museum created an illustration of the prehistoric sea scorpion. Additionally, Dr. Poschmann and Dr. Rozefelds have released a paper on the subject. They published the paper in Taylor & Francis earlier this year.