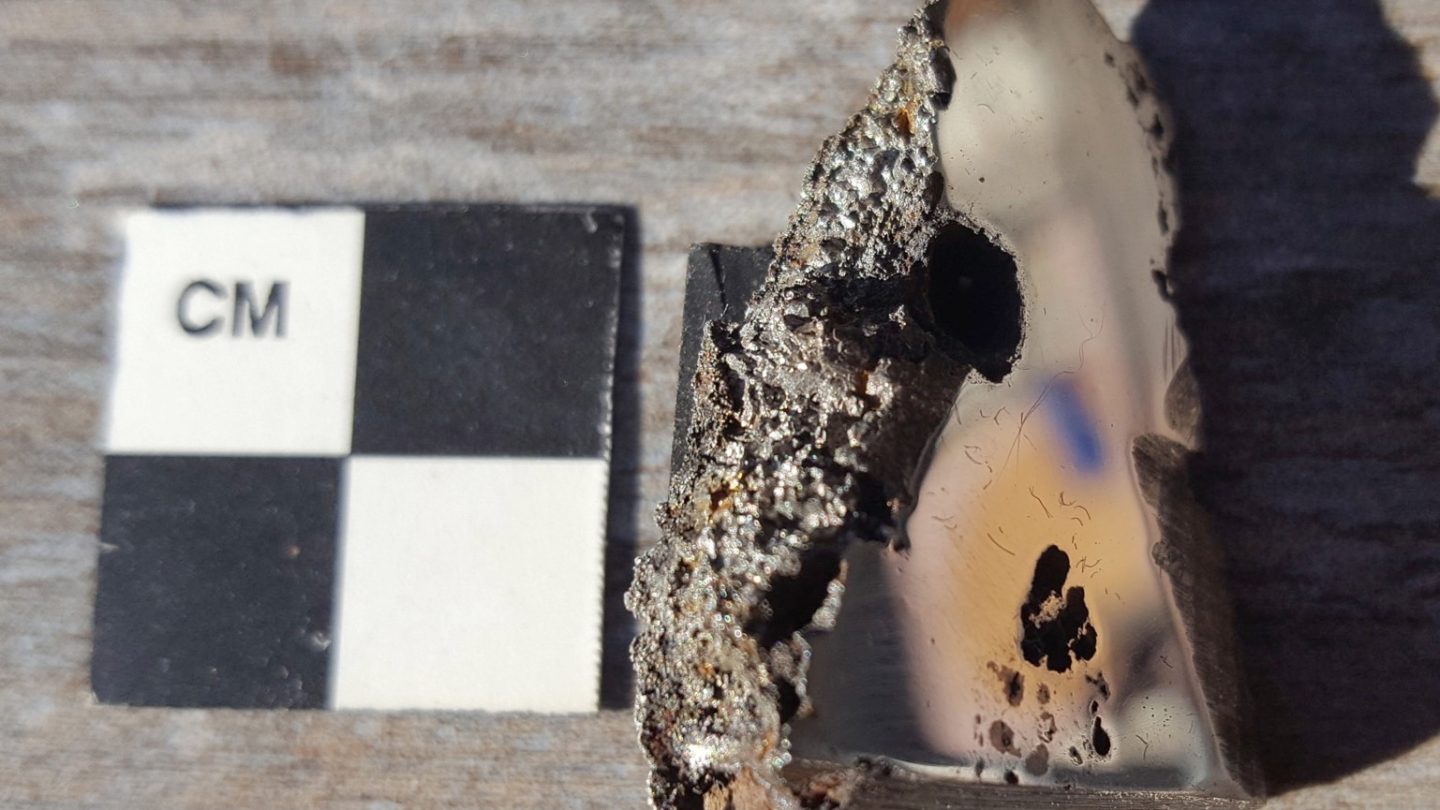 Space exploration isn’t just about finding life on other planets or discovering the next Earth. We’re also looking to better understand how the universe formed. And we’re trying to mine space for previously unseen minerals that might fix problems back home. But you don’t always have to leave the planet to find new minerals. Sometimes they come to you via meteorites.

That’s exactly what happened with the El Alo meteorite that fell near the town of El Ali in the Hiiraan region of Somalia. A 70-gram slice from the 15-ton meteorite was enough for researchers to identify two new minerals that do not occur naturally on Earth. They also think there might be a third novel mineral in the sample.

“Whenever you find a new mineral, it means that the actual geological conditions, the chemistry of the rock, was different than what’s been found before,” Chris Herd said in a statement. “That’s what makes this exciting: In this particular meteorite you have two officially described minerals that are new to science.”

Herd is a professor in the Department of Earth & Atmospheric Sciences and curator of the University of Alberta’s Meteorite Collection. The scientist described the findings at the Space Exploration Symposium.

With help from UCLA and California Institute of Technology researchers, Herd classified El Ali as an “Iron, IAB complex” meteorite. It’s one of over 350 in this category.

As for the space minerals, the researchers named them elaliite and elkinstantonite. The former is based on the meteorite’s name. Herd named the second after Lindy Elkins-Tanton. She is the president of the ASU Interplanetary Initiative, a professor at Arizona State University’s School of Earth and Space Exploration, and principal investigator of NASA’s upcoming Psyche mission.

NASA will investigate the mineral-rich Psyche in a future probe mission, looking for answers about our solar system.

The researchers could quickly identify the two new minerals because others had created them artificially on Earth. Andrew Locock, head of the U of A’s Electron Microprobe Laboratory, matched the composition of elaliite and elkinstantonite to the human-made minerals.

Researchers plan to study the minerals to determine the conditions that allowed them to form naturally in space.

As for practical uses for the new materials, it’s too soon to tell. But Herd said material scientists will want to study space minerals like elaliite and elkinstantonite for potential benefits.

It’s unclear whether the El Ali meteorite holds any other novel space minerals. The rock is being moved to China in search of a potential buyer. And as far as the third mysterious mineral is concerned, researchers are still studying it.

More science coverage: These bizarre fungi don’t have a classification