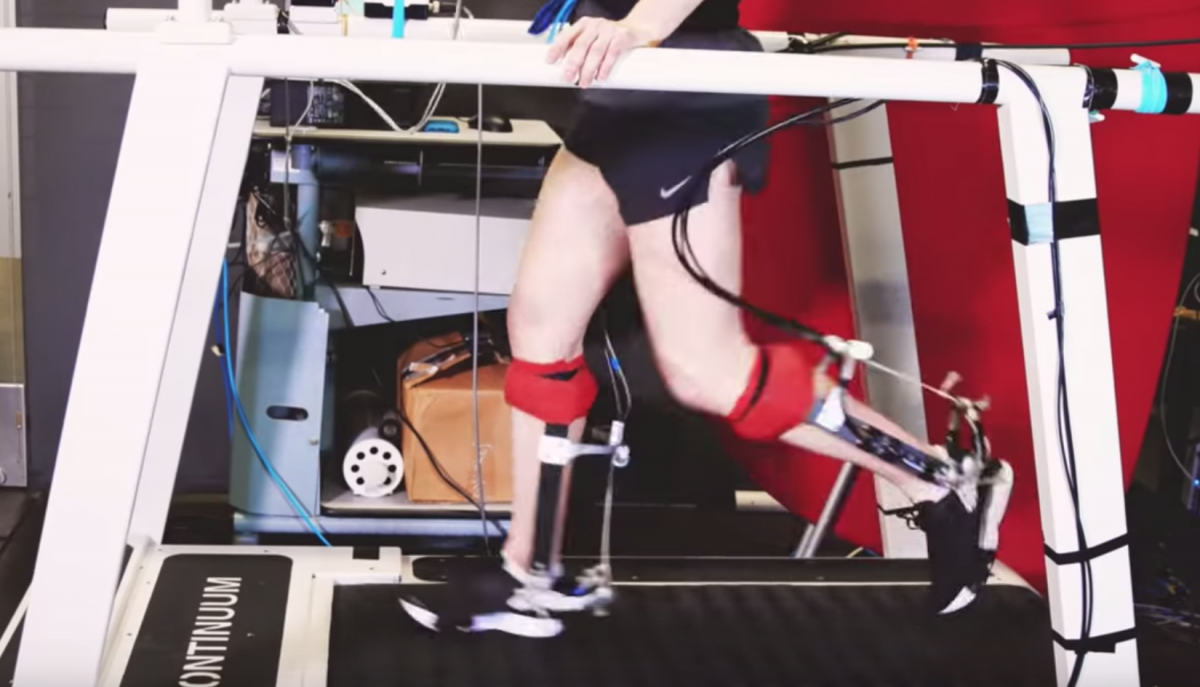 Humans were built to run, but that doesn’t mean that we all enjoy it. In fact, I’ll go out on a limb and say that a majority of the people reading this probably hate running, and that’s okay. Even if you’re in decent shape, running isn’t always easy or comfortable, but Stanford University has developed a new accessory that could change how you feel about running by making it a bit easier.

The exoskeleton, which the team says they developed partly as a way to make running more accessible to the average person, consists of a lightweight carbon fiber frame, straps, and cables attached to external motors. The system takes a significant burden off of the leg muscles, making it roughly 15% easier to run than without the exoskeleton equipped.

It’s an impressive improvement from such a relatively simple device, but it’s even more impressive when you consider that the exoskeleton also has to cancel out the added burden of running with a device attached to a person’s legs.

“When people run, their legs behave a lot like a spring, so we were very surprised that spring-like assistance was not effective,” Steve Collins, senior author of the research, said in a statement. “We all have an intuition about how we run or walk but even leading scientists are still discovering how the human body allows us to move efficiently. That’s why experiments like these are so important.”

The team isn’t done honing their system and hopes to further reduce the impact of the exoskeleton itself, further boosting the overall gains of the device and enhancing the running motion. Of course, the biggest hurdle would be to make a system that could be worn freely without having to be tethered to an external machine. If the researchers can make that happen, devices that make it easier to run could prove to be popular among both athletic runners and less athletic individuals who aspire to make running part of their daily lives.