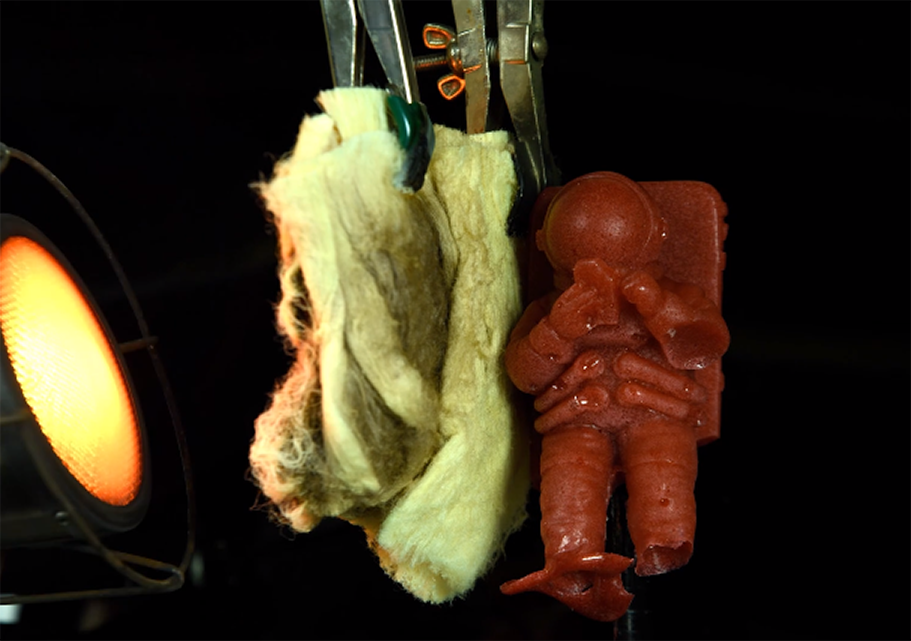 You know what Kevlar is. It’s the material that is often used to make vests or other gear to protect against projectile impacts. It’s good at what it does, which is to make sure that whatever is behind it stays safe from whatever is in front of it. That said, it’s not something you’d probably want to put on if you were running into a burning building.

Now, researchers have developed what they say is an ultra-tough material that is strong against impacts but also super-insulating. The material could be used for a variety of applications, from firefighting and military to space exploration.

In a new paper published in Matter, the research team from Harvard University describe the new material in detail. The scientists teamed up with the US Army Combat Capabilities Development Command Soldier Center as well as West Point to create the material that provides twofold protection.

“When I was in combat in Afghanistan, I saw firsthand how body armor could save lives,” Kit Parker, senior author of the study, said in a statement. “I also saw how heavy body armor could limit mobility. As soldiers on the battlefield, the three primary tasks are to move, shoot, and communicate. If you limit one of those, you decrease survivability and you endanger mission success.”

The researchers sought to combine the properties of materials with resistance to impacts, like Kevlar, with the properties of materials that have strong thermal resistance. The team developed nanofibers that are long and strong, but porous in order to allow for heat dissipation and mitigate diffusion. This means the energy from a heat source is prevented from passing through the material to the wearer, essentially offering the best of both worlds. In testing the new material, the team found the nanofibers provided “20 times the heat insulation capability” of Kevlar, which is obviously a huge improvement.

“While there are improvements that could be made, we have pushed the boundaries of what’s possible and started moving the field towards this kind of multifunctional material,” Grant M. Gonzalez, first author of the paper, explains.

Ultimately, materials like this could provide a solution for individuals in intense environments including firefighters and soldiers, but also astronauts. Space travelers deal with extremes in temperature every time they step into space, either from the International Space Station or in future missions to the surface of the Moon or beyond.