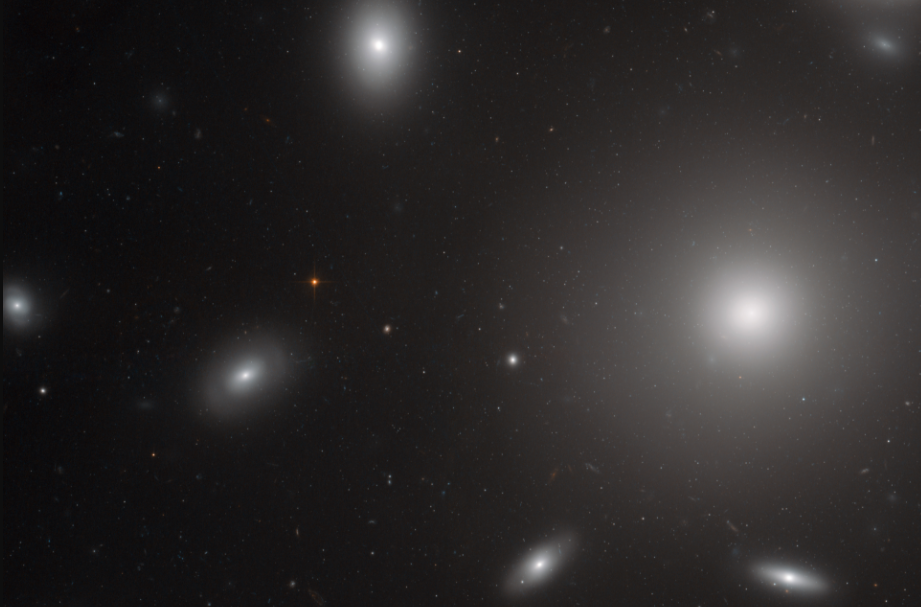 From our perspective on the puny planet Earth, our Solar System is pretty darn huge. Our home galaxy, the Milky Way, with countless planetary systems? Impossibly large. This gorgeous new photo captured by the Hubble Space Telescope does a good job of putting thing in perspective, even if it’s on a scale that we can’t fully wrap our brains around.

Each of the bright white dots surrounded by a hazy glow is a galaxy packed with stars. The blurry smudges in the background? Those are all individual galaxies too. But the real star of the show (no pun intended) is the incredibly bright spot in the upper right of the image. That’s the massive NGC 4874, a giant galaxy that is ten time larger than our own, and each of those tiny white specks that dot its cloudy surroundings is a star.

If you zoom in to the full resolution image, you’ll also see many brighter dots scattered around. Each of those are actually star clusters, boasting hundreds of thousands of stars of their own. In short, there are so many stars on display here that you’d never be able to get an accurate count. 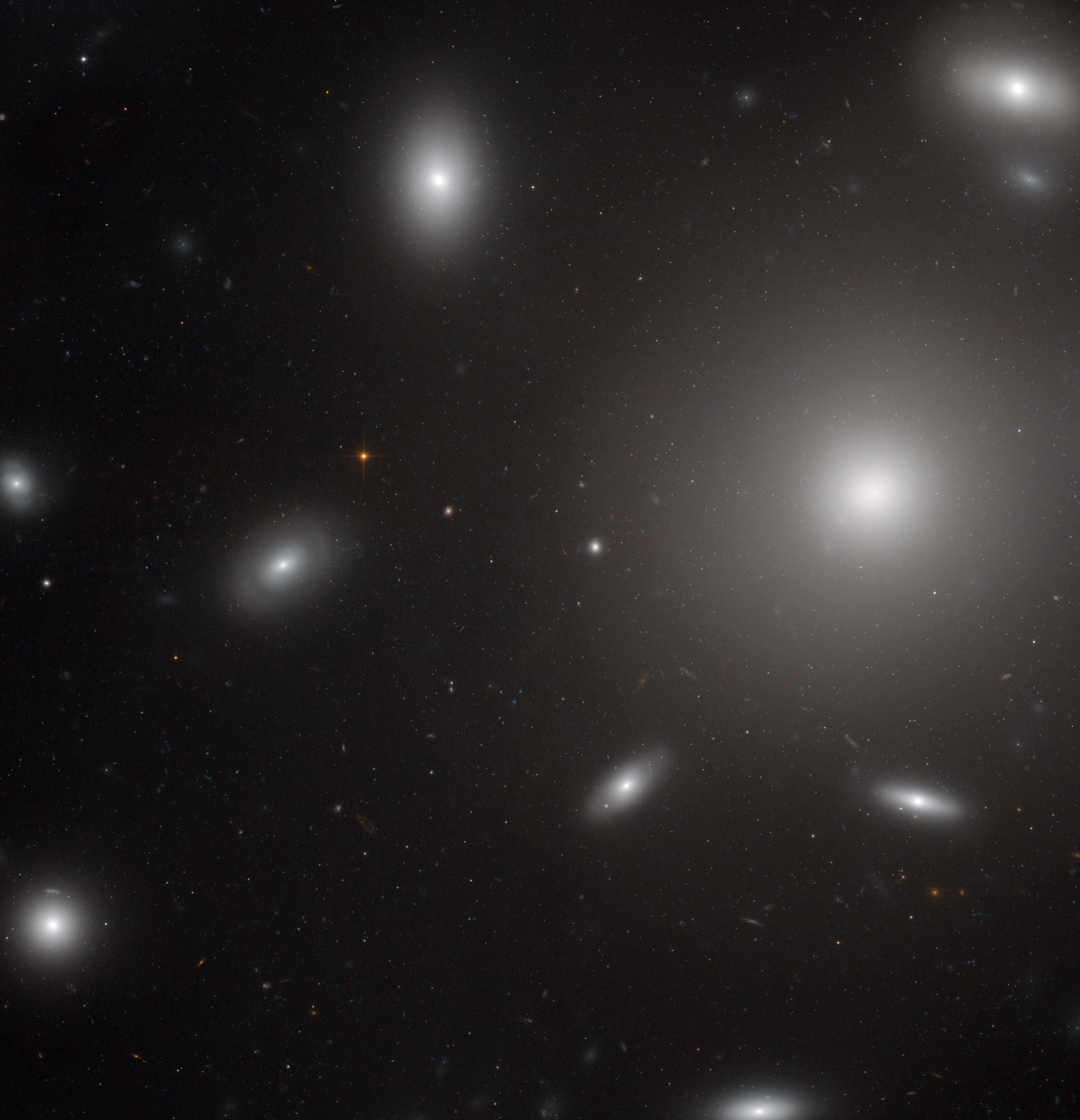 Every single one of these stars could host one, two, or even dozens of planets in its orbit. Every one of those planets could host a moon or — like Saturn’s 53 individual moons — several dozen. Image an endless number of potential alien worlds, many of which inevitably would fall within what we consider to be the “habitable zone” of their star. That’s what you’re looking at right here.

All that being said, the various galaxies on display here are anywhere from 350 million to several billion light-years away. That means that not only will we likely never have a chance to visit them, but that even if we could, they wouldn’t exist as we see them now. It’s a cruel joke that the universe plays on us, but for now at least we can enjoy the eye candy.