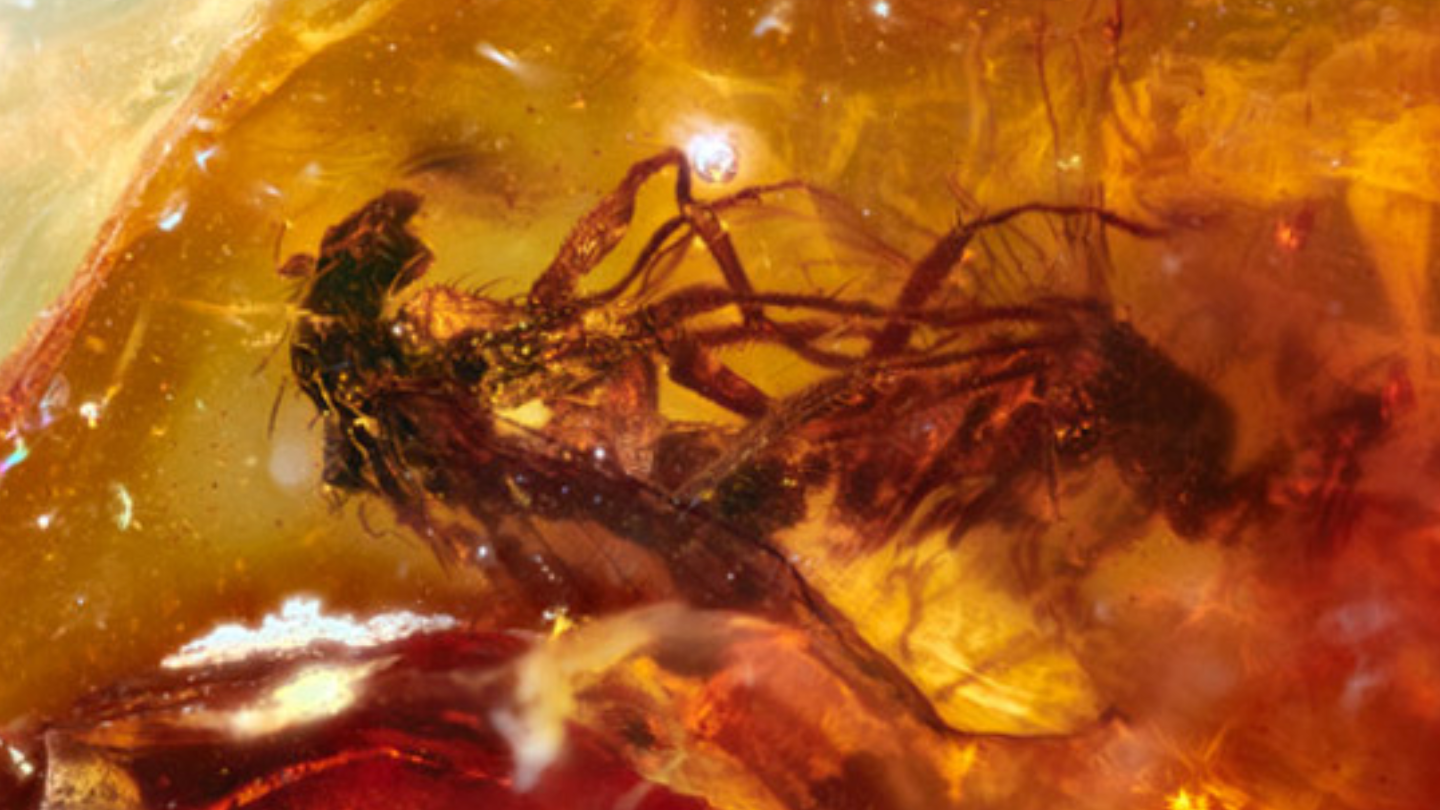 Have you ever been caught in the act? You know the act I mean. I mean when someone walks in on you and your significant other during a beautiful moment of physical… activity. If you have, you know how traumatizing it can be, so just imagine the plight of these two flies which have spent the past 41 years locked in the mating position, just dreading the day when someone would finally stumble upon them.

Well, that day has come, and the unfortunate flies are now not only the subject of slack-jawed stares from the rest of the insect world, but they’re also the stars of a new research paper published in Scientific Reports. These two prehistoric bugs are never going to live it down.

As Gizmodo reports, the copulating flies are part of a large group of amber-encrusted insects and arachnids that were sourced from sites in the southern hemisphere, including Australia. This is special because many of the amber fossils discovered over decades and decades of research have come from northern hemisphere sites such as Myanmar.

Regardless of where they came from, amber fossils offer scientists the unique opportunity to peer through a window back in time. Delicately preserved organisms that never could have survived as fossils on their own are protected by the hardened tree sap for millions and millions of years.

“Amber is considered to be a ‘Holy Grail’ in the discipline, as organisms are preserved in a state of suspended animation in perfect 3D space, looking just like they died yesterday – but in fact are many millions of years old, providing us with an enormous amount of information on ancient terrestrial ecosystems,” Jeffrey Stilwell of the Monash School of Earth, Atmosphere and Environment, lead author of the study, said in a statement.

The flies are just part of the new collection, which also includes ancient ants, juvenile spiders, and midges. Two species of moss were even found trapped in amber tombs. Discoveries like these allow researchers to study ancient species just as they were at the time of their unfortunate deaths, often offering new insights into the lives and habits of small creatures that got trapped in the amber.

“This is one of the greatest discoveries in palaeontology for Australia,” Stilwell says. “The research furthers our understanding of prehistoric southern ecosystems  in Australia and New Zealand during the Late Triassic to mid-Paleogene  periods (230–40 million years ago).”