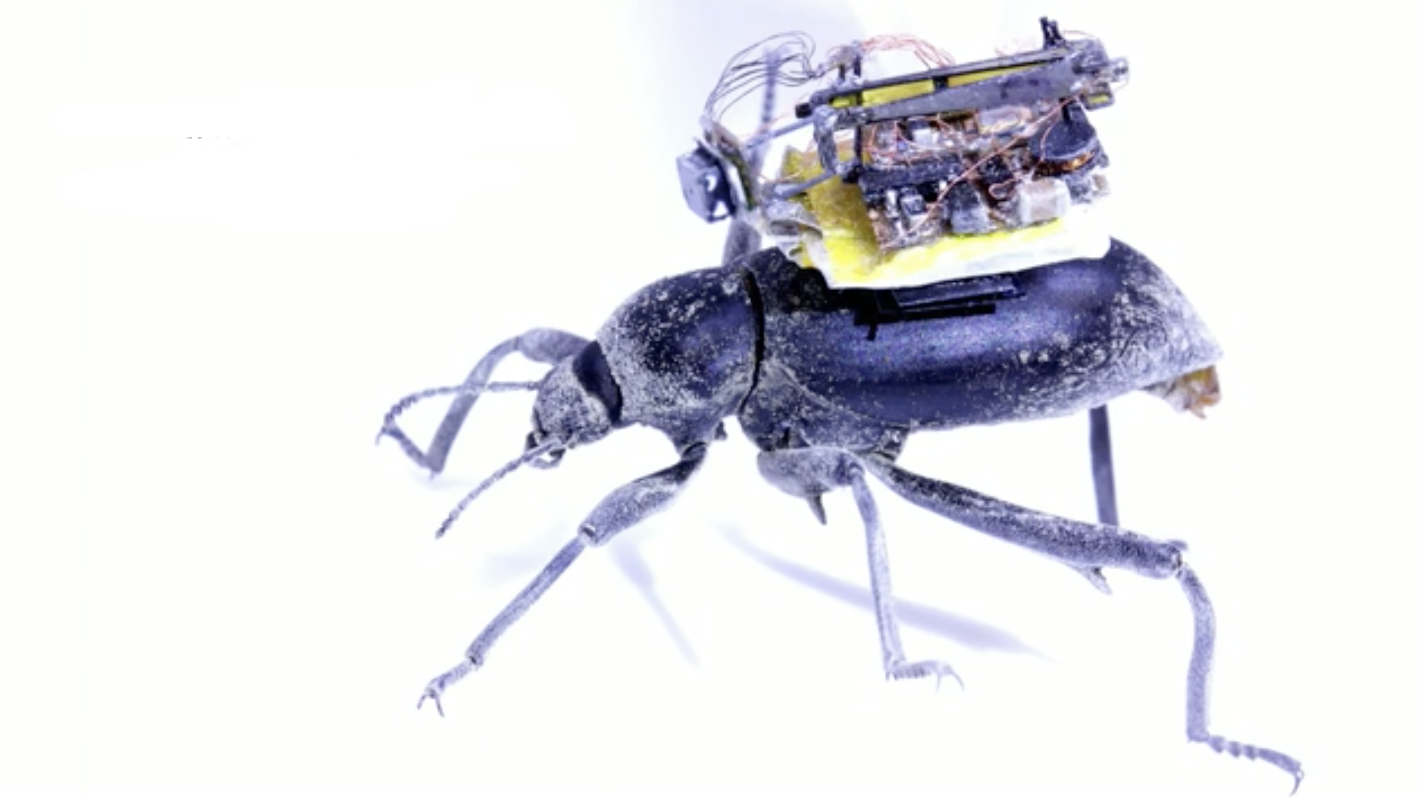 Insects are so prolific that it can be easy to forget how totally awesome they are. The tiny organisms are capable of some incredible things, and scientists just added a new ability to their list: camera operator. Researchers from the University of Washington have developed tiny camera “backpacks” that are light enough and small enough to be worn by beetles.

The research is a test both of the scientists’ ability to create a camera system tiny enough to be worn by an insect, but also an exploration into the lives of the insects themselves. The result is a tiny camera capable of recording still images and video (albeit at a paltry 1 to 5 frames per second) that sends the media remotely to a specially-designed smartphone app.

The research, which was published in the journal Science Robotics, reveals the specs of the tiny camera system. The miniature lens sits on a “mechanical arm” that has 60 degrees of rotation, facilitating panoramic shots or to follow moving objects in the field of view of the insect that is wearing the camera. It weighs a mere 250 grams, which the researchers compare to one-tenth of the weight of a playing card. That’s incredibly light, and it allows the camera system to be comfortable for the insects to wear without hindering their movement.

“We have created a low-power, low-weight, wireless camera system that can capture a first-person view of what’s happening from an actual live insect or create vision for small robots,” Shyam Gollakota, senior author of the work, said in a statement. “Vision is so important for communication and for navigation, but it’s extremely challenging to do it at such a small scale. As a result, prior to our work, wireless vision has not been possible for small robots or insects.”

The key to making the camera system light and wearable was shrinking the battery power source so that it didn’t take up too much room or weigh too much. Interestingly, the researchers believe that they may be able to produce a version of the camera backpack that doesn’t have any battery at all, and that could significantly increase its usability.

After conducting the research with the insects, the team also developed what they say is the “smallest terrestrial, power-autonomous robot with wireless vision,” modeled after the system used on the insects.