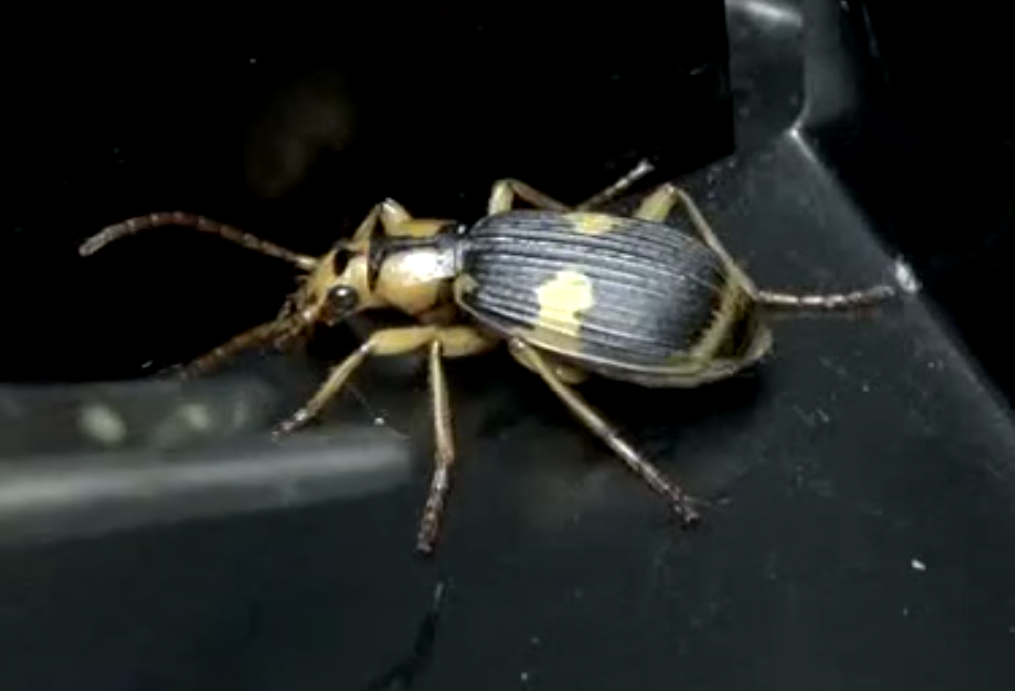 Evolution really is a wondrous thing. The ceaseless march of progress in the animal kingdom has led to countless species with incredible features that help them survive, and for every elite predator that roams the Earth there’s a species that has figure out how to beat them. A new study published in Biology Letters focuses on one such species, the bombardier beetle, which has an incredible method of avoiding death.

The beetle looks pretty innocent when it’s crawling along the forest floors of its native Japan, but it has a secret weapon that it only uses when death is imminent. The beetle has developed a chemical weapon that it fires from its rear, bathing whatever it hits in a steaming stew of nastiness, and it can use this incredible defense to skirt death even after it’s been swallowed up by another forest dweller.

The research focused on the beetle’s ability to prevent being fully digested by two species of toad that tend to enjoy making small bugs into meals. When swallowed, the beetle begins firing off its toxic chemical cocktail, irritating the frog’s stomach and eventually resulting in regurgitation. The beetle, which can survive for over an hour inside the toad, comes out of the ordeal essentially unfazed.

Researchers fed the beetles to a number of toad test subjects and found that it takes anywhere from 15 minutes to over an hour and a half for the bug to be spat back out, but the hot chemical mixture always does the job sooner or later. The team then took a second round of beetles and tricked them into shooting out all of the chemicals they had been saving. It takes several days for the beetles to refill its chemical tank, and when left with no defenses the bugs were eaten just fine.

Of the beetles which spent significant time in the stomach of the toads, almost all of them survived and appeared perfectly healthy, but the scientists still don’t know exactly how the bugs are able to fight off death for as long as some of them did. Over an hour in the stomach of a toad is no picnic, but these incredible beetles seem to be specially suited for just such a gauntlet.