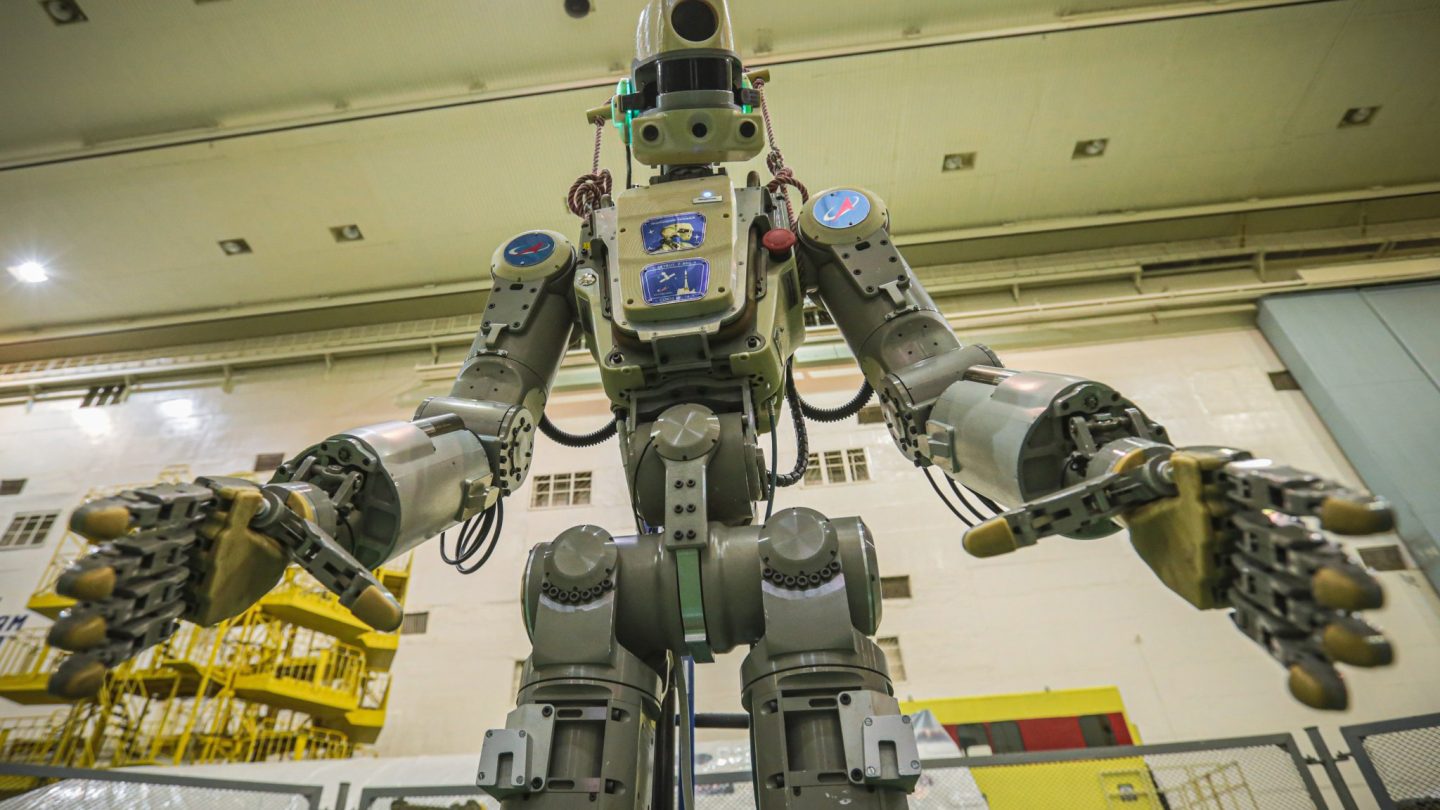 All eyes were on the International Space Station yesterday as NASA astronauts performed a spacewalk to install a new docking port that will allow commercial vehicles to latch onto the orbiting laboratory. Meanwhile, Russia was preparing for some serious work of its own, carrying out a crucial test of its new rocket booster which is expected to replace the stalwart Soyuz-FG rocket sometime in 2020.

That mission kicked off at 8:38 a.m. local time from Russia’s launchpad in Kazakhstan, successfully sending an uncrewed Soyuz capsule skyward on a path toward the International Space Station. The vehicle was empty of any human travelers, but it did have one inhabitant: a humanoid robot strapped into the commander’s seat.

The robot is called Fedor, which is actually short for ‘Final Experimental Demonstration Object Research, and it’s carrying a tiny Russian flag as it cruises toward its final destination. The robot will only be staying aboard the ISS for a little over a week, but it has plenty of work to do once it arrives.

In the future, robots could play a major role in human exploration of the cosmos, and Fedor is one small step toward that future. The robot is a prototype that has been tested in a number of different applications, including firing guns during a demonstration in Russia.

This space-worthy variant of the robot won’t be wielding any weapons during its stay aboard the ISS, but it will be put to the test in other ways. It’s designed specifically to exist aboard the delicate ISS without breaking anything, and researchers are eager to learn about how the robot deals with microgravity. Once its brief testing period has wrapped, the robot will be loaded back onto the Soyuz capsule and will return to Earth in early September.