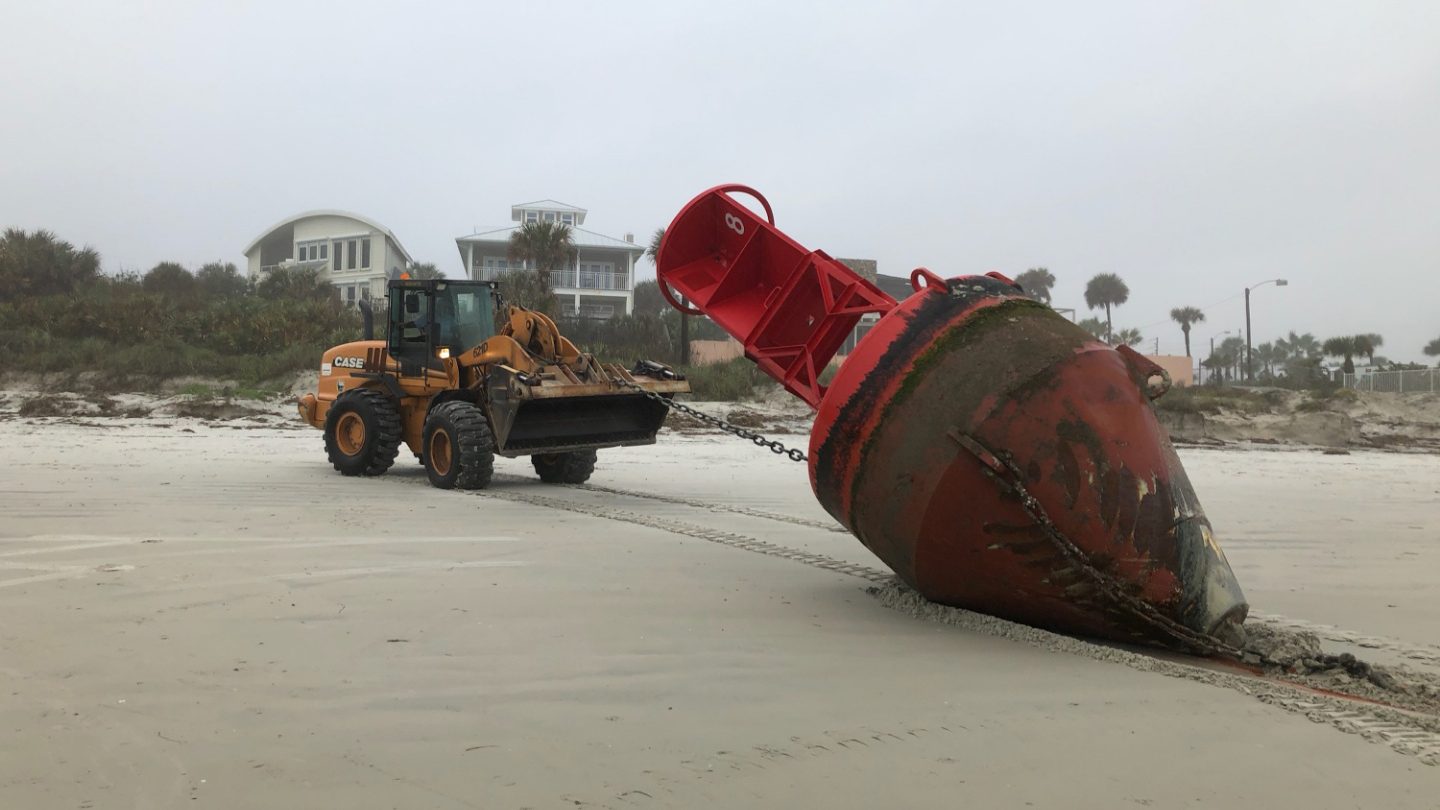 It’s been an interesting week for Florida residents living near New Smyrna Beach. The typically quiet stretch of coastline has suddenly become a major tourist attraction after a big red buoy described as “the size of a truck” recently washed up there.

The marker, which is a navigation tool for boats, disappeared from its post off the coast of South Carolina way back in 2017. Nobody knew where it went, and it was presumed lost at sea. Now, many months later, the ocean decided to spit it back out, and it landed in Florida.

The buoy, which appears to be in pretty good shape, especially considering it’s been missing for years now, still has its bold red paint and bright number ‘8’ marker for all to see. In fact, it’s in such good shape that it may get a new lease on life.

“It’s been displaced since 2017,” Petty Officer 2nd Class Ryan Dickinson, speaking for USCG Sector Jacksonville, told The Daytona Beach News-Journal. “This one was from Sector Charleston. We’re going to try to get it back up there.”

The buoy traveled over 300 miles in its trip from South Carolina to the beach in Florida, and getting it back to its true home could prove a challenge. AP reports that the Coast Guard is going to work on relocating the buoy at some point this week, though they’ll also have to determine how it broke free in the first place.

In any case, if you’re within a stone’s throw of New Smyrna Beach, you might still have a chance to catch a glimpse of the strange sight before it’s whisked away.