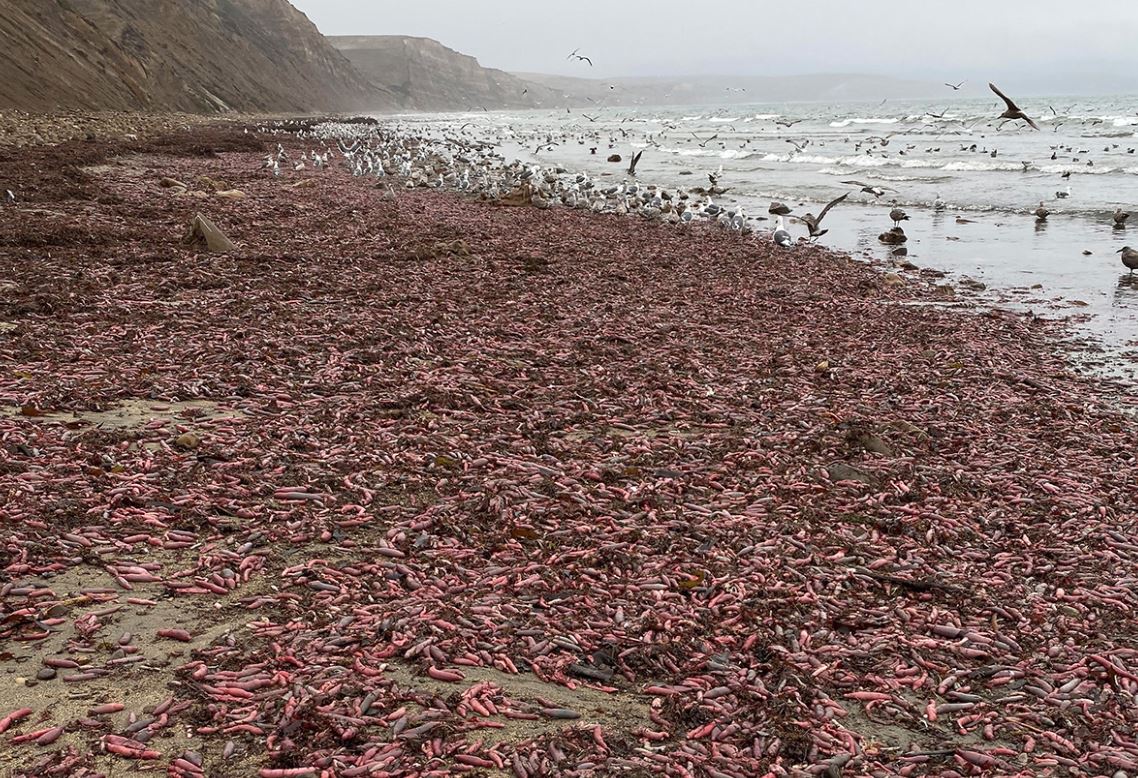 If there’s one image that perfectly sums up 2019, it’s an idyllic California beach covered in thousands of pink, pulsing “penis fish.” The photo you see above was snapped by one David Ford, who came across the bizarre sight during a recent stroll along Drakes Beach, north of San Francisco.

No, it’s not the result of a lost shipment of adult toys coming from overseas, it’s actually a whole heaping pile of bizarre sea creatures known as “fat innkeeper worms,” or, as they are also known, a “penis fish.” They certainly live up to their name, but why on Earth are they all piled up on this California beach? You have the weather to thank for that.

The worms typically burrow beneath the sand where they gobble up random bits of food debris leftover by other ocean organisms. It’s a pretty sweet gig, and it affords the worms protection from predators and a steady food supply if they make their homes near the shore. Unfortunately, that also leaves them vulnerable to various climate-related quirks.

In this particular case, a bomb cyclone wreaked havoc on the shoreline near the beach, tearing the worms from the safety of the sand. The storm surge pushed them onto the beach where they are fully vulnerable to predators like seagulls and other beach-going scavengers.

As you can see in the photo captured by David Ford, the birds on the beach are having an absolute blast. The big penis fish buffet surely filled some stomachs, but it remains unclear just how devastating events like this are to the overall population of the worms.

The worms prefer to live their entire lives hidden from view, so it’s impossible to know how many there are, and difficult to estimate how mass beachings like this affect them. In any case, it made for a truly surreal sight.