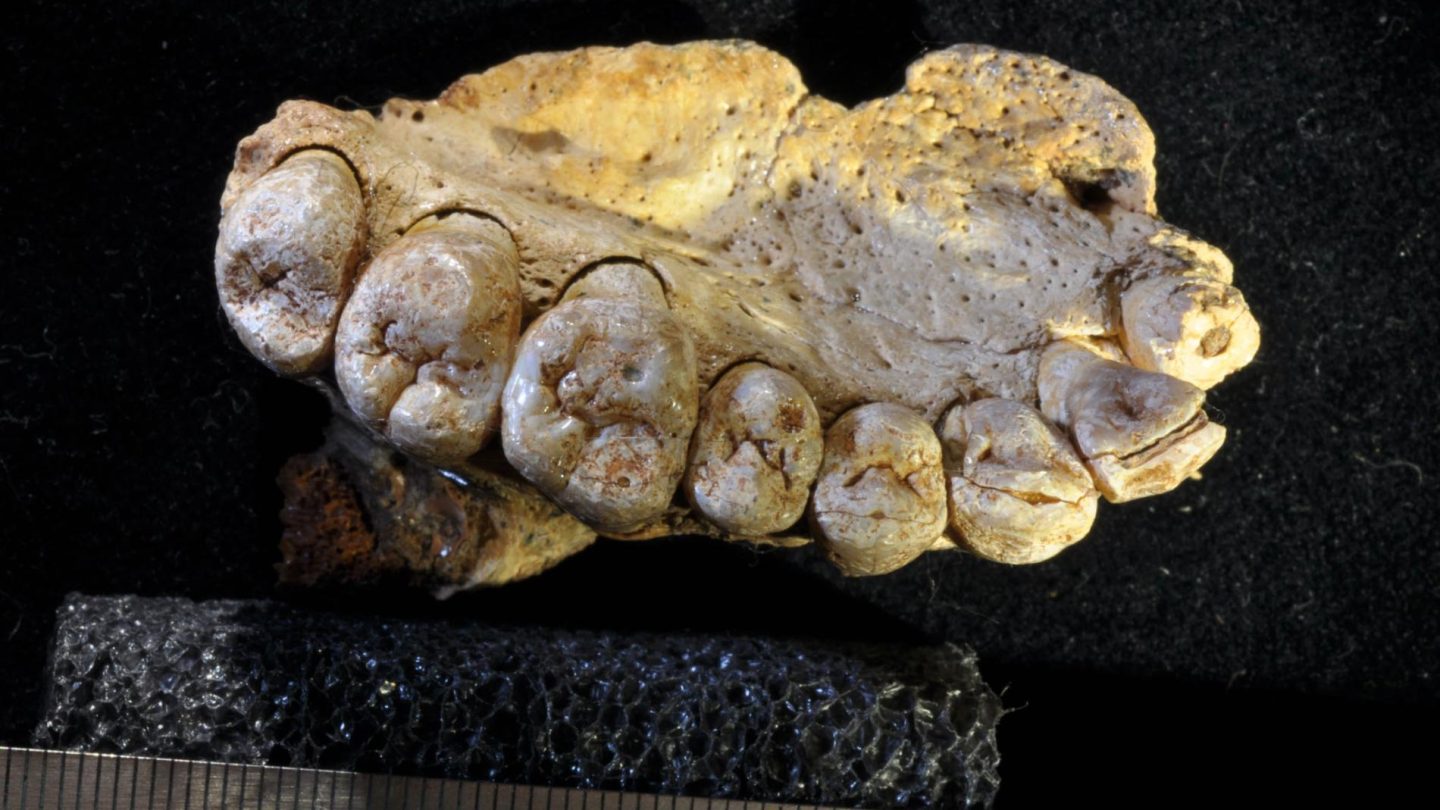 A great deal has happened in recent history that changes everything we thought we knew about the dawn of our species. Now, a newly discovered human fossil found in Northern Israel suggests that early Homo sapiens left Africa at least 50,000 years sooner than previously thought.

It had been believed for quite some time that modern humans first appeared in East Africa around 200,000 years ago. Based on fossil record, it was also thought that mankind remained in Africa for at least 140,000 years before finally venturing out to surrounding continents between 50,000 and 60,000 years ago. That timeline was completely upended by recent fossil discoveries in Morocco that revealed the origin of our species actually dates as far back as 350,000 years.

In 2002, a team of archaeologists digging on a site called Misliya on Mount Carmel in Israel discovered the fossilized remains of a human jaw. The site was believed to have been a rock shelter occupied by prehistoric humans, but no one was aware of exactly how long ago human occupancy actually began in the region.

In a paper published on Friday in the journal Science, the team, led by Israel Hershkovitz, has revealed that the upper human jaw recovered from that site is believed to be nearly 180,000 years old. The revelation means early Homo sapiens left Africa at least 120,000 years earlier than we had previously thought.

“Recent paleoanthropological studies have suggested that modern humans migrated from Africa as early as the beginning of the Late Pleistocene, 120,000 years ago,” the archaeologists wrote in their paper. “Hershkovitz et al. now suggest that early modern humans were already present outside of Africa more than 55,000 years earlier (see the Perspective by Stringer and Galway-Witham). During excavations of sediments at Mount Carmel, Israel, they found a fossil of a mouth part, a left hemimaxilla, with almost complete dentition.”

The paper continues, “The sediments contain a series of well-defined hearths and a rich stone-based industry, as well as abundant animal remains. Analysis of the human remains, and dating of the site and the fossil itself, indicate a likely age of at least 177,000 years for the fossil—making it the oldest member of the Homo sapiens clade found outside Africa.”

Researchers spent a great deal of time analyzing the jaw fossil to ensure it belonged to a human and not a Neanderthal, which was among modern man’s predecessors. Beyond helping to reshape the known timeline of human evolution, the discovery also reinforces the notion that there was a much more extensive overlap between Homo sapiens and Neanderthals than had previously been believed.

“This is an exciting discovery that pushes the timing of modern humans leaving Africa back quite a bit,” Darren Curnoe, an expert on human origins at the University of New South Wales in Australia, told National Geographic. “Together with the discovery last year of the earliest modern humans in Africa, our views about our origins are beginning to change very rapidly, after decades of near scientific stagnation.”