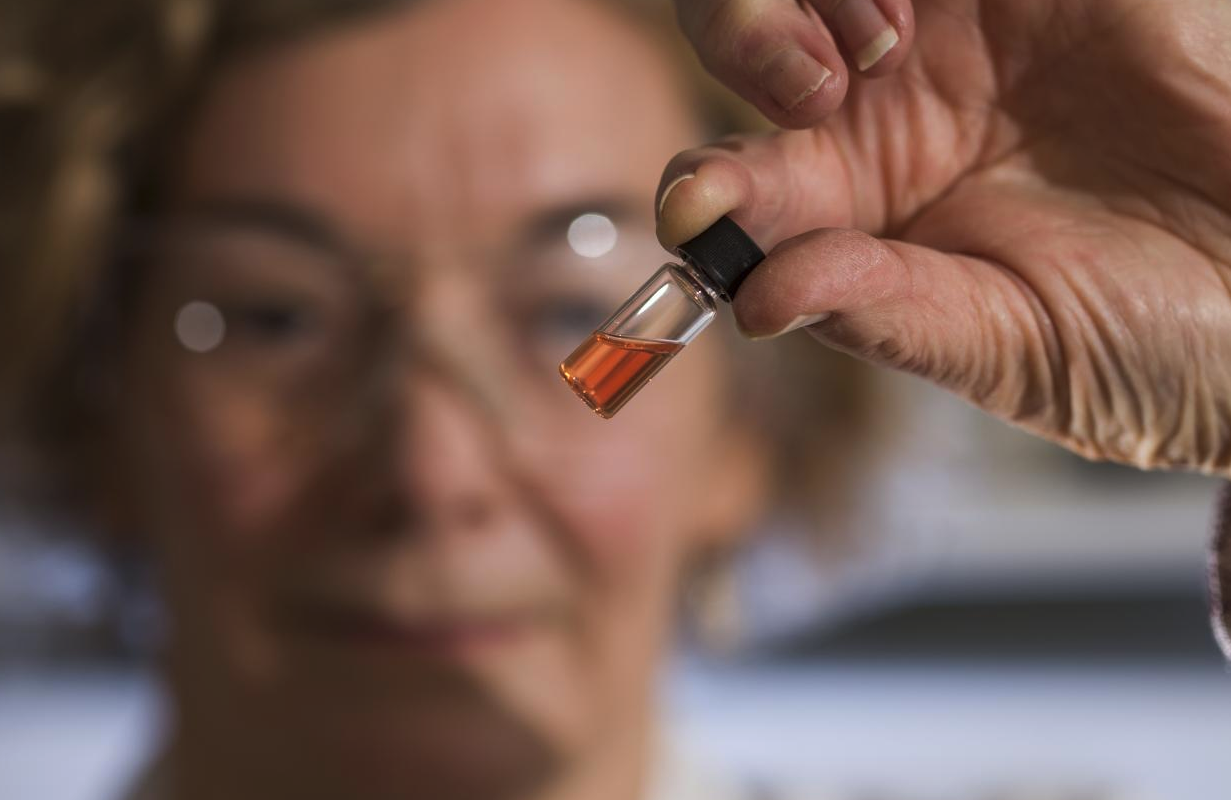 Today, when you look around the Earth, you see a lot of green. It’s easy to imagine that things were the same before humans or even dinosaurs roamed the Earth, but if you go back far enough you’ll find life that didn’t have much interest in the color green. New research has revealed what is thought to be the oldest known pigment created by a living creature… and it’s pink.

Scientists from the Australian National University were studying ancient marine shale — a type of rock that is formed from mud or sediment — when they discovered what seems to be the leftovers of some seriously old bacteria. The researchers ground up the shale and were able to isolate the pigment that was present in the bacteria, noting that it shines a brilliant pink when held up to sunlight.

The team believes that the bacteria created the pigment during photosynthesis. The tiny bacteria are a rare find for scientists, since they typically break down before even having a chance to become fossilized. In this case, the researchers believe that a large number of bacteria died and piled up, allowing them to be preserved for the long term. The bacteria are thought to be an incredible 1.1 billion years old.

“When held against the sunlight, they are actually a neon pink,” senior researcher Jochen Brocks explained to the BBC. “At first I thought it had been contaminated. It is just amazing that something with a biological color can survive for such a long time.”

We know surprisingly little about what the Earth might have been like a billion (or more) years ago. The remains of complex life forms don’t pop up in the fossil record until hundreds of millions of years later, and soft-bodied organisms that evolved in the ocean don’t tend to make for good fossils. Studies like this one allow us a rare glimpse into the distant past, and now we know that the past was pink.