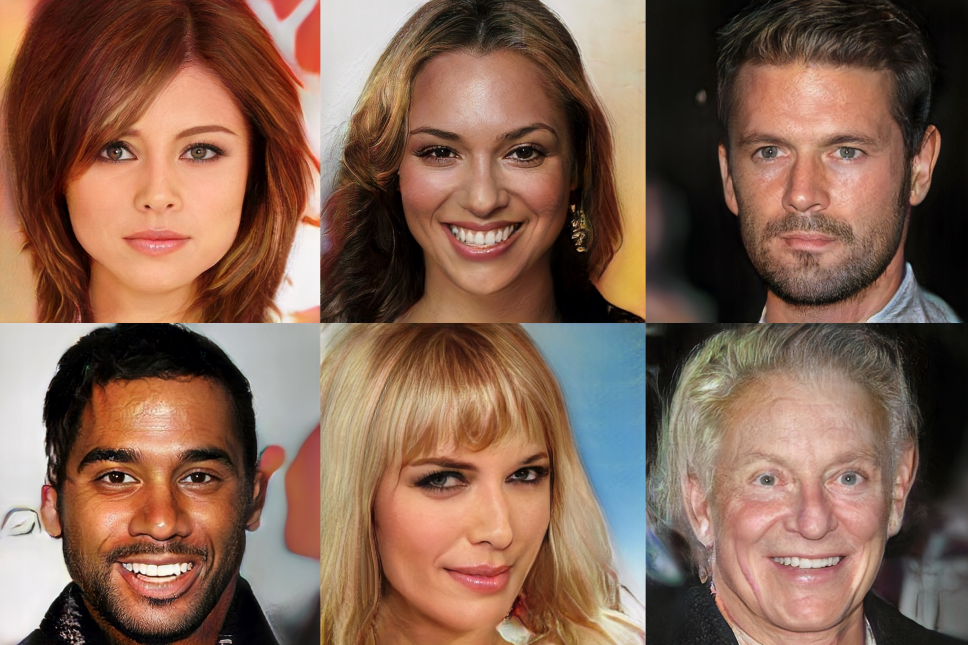 The people in the images above have two things in common. First, they’re all attractive in a “seen on the red carpet” kind of way, with expressive eyes and striking gazes. The second thing they all share is that none of them actually exist. They were all created by Nvidia’s incredibly powerful AI which constantly competes against itself for the best result possible.

Developed by Nvidia’s research branch, the new system is what is known as a GAN, which is short for Generative Adversarial Network. What makes GANs so great for this type of research is that they are self-motivated to generate the best result possible, as one algorithm works to perform a task — in this case, generating a realistic image of an imaginary person based on a huge archive of actual photos — a second algorithm fights to determine whether the image being presented to it is real or fake. The better the system becomes at tricking itself, the more realistic the image ends up being.

In this particular case, the result is a whole bunch of gorgeous photos of flashy celebrities that never actually existed in the first place. Many of them are quite stunning, and it would be hard for the average person to tell the difference between the AI’s photos and those of real people. However, the system isn’t perfect, and there are still some pretty freaky looking results that end up getting spewed out:

Even with its shortcomings, the software has proven to be extremely promising, and Nvidia intends to continue its research and make the system even more reliable. That means the future might be even more packed with fake celebrities than it already is.