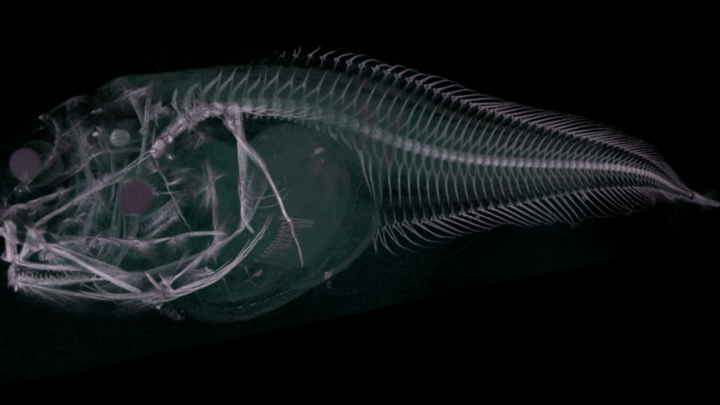 Most of the Earth is covered in oceans, and yet scientists actually know fairly little about the creatures that live at the most extreme depths. As past research efforts have shown, incredibly deep ocean trenches are often the habitat of some seriously bizarre creatures, and a recent expedition by Newcastle University has continued that tradition.

Using a baited camera system, the researchers sent a bit of food down to the floor of the Atacama Trench and waited. What they saw wasn’t just weird, it was also entirely new, adding a trio of never-before-documented species to the books.

The team, which is made up of 40 scientists from around the world, were able to observe new species of snailfish that had never been seen before. Snailfish, which feature an elongated body that acts like one giant fin, are common in many ocean ecosystems at varying depths. The team was able to gather a single specimen to bring back to the surface for further examination.

With hundreds of known species, finding a few new ones isn’t necessarily groundbreaking, but discovering any new animals that live at such incredible depths is always a treat. As for these new species, they’re clearly a good fit for the trench, as Newcastle’s Dr Thomas Linley explains.

“Their gelatinous structure means they are perfectly adapted to living at extreme pressure and in fact the hardest structures in their bodies are the bones in their inner ear which give them balance and their teeth,” Linley said in a statement. “Without the extreme pressure and cold to support their bodies they are extremely fragile and melt rapidly when brought to the surface.”

There’s really no telling what’s left to be discovered in some of the deepest parts of Earth’s oceans, but the only way we’re going to find out is by exploring.