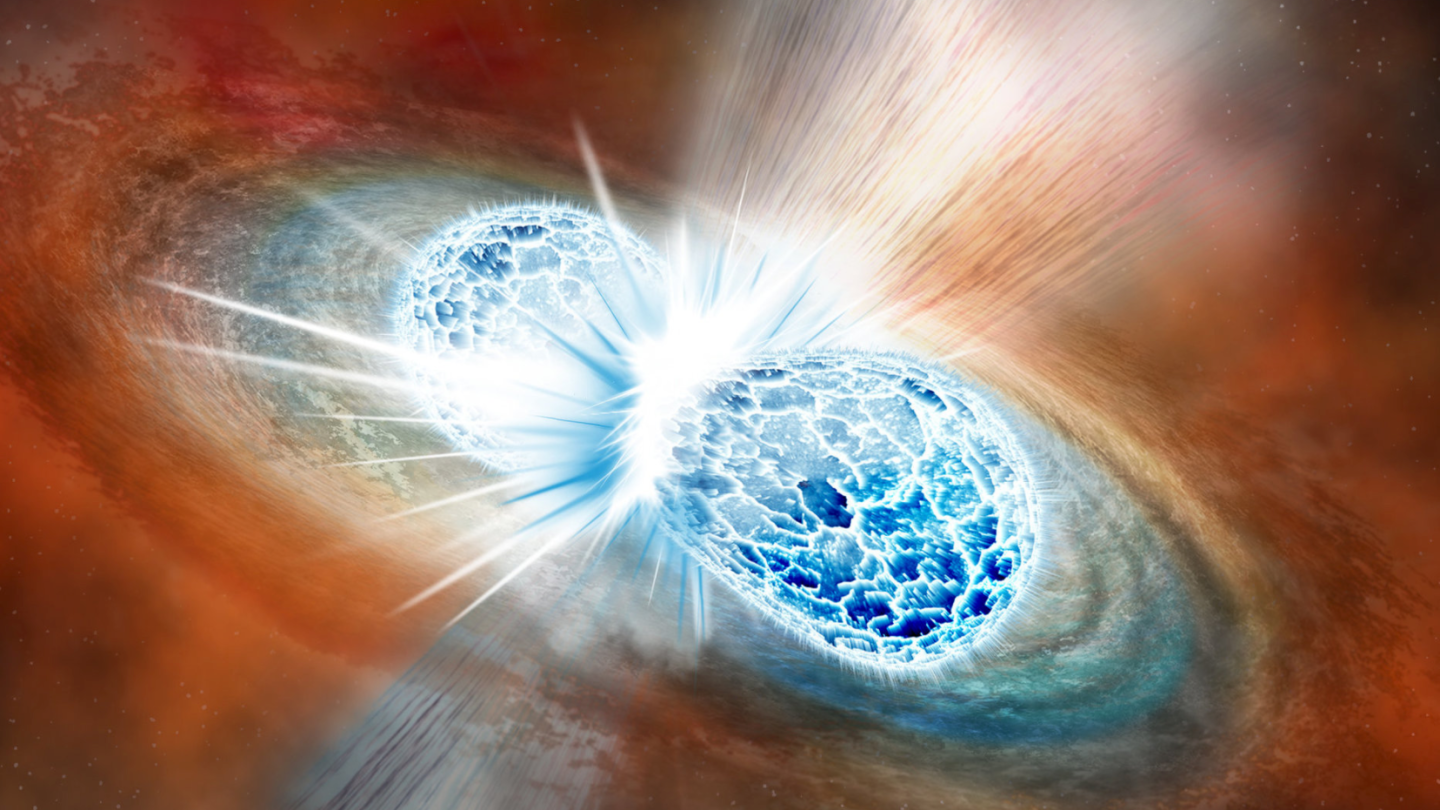 In a carefully orchestrated series of press conferences, papers, and journal studies that were sent out together today, scientists from around the globe are announcing one of the most important discoveries of our time, and it’s one that answers some fundamental questions about the universe and teases even more exciting revelations to come. Put simply, astronomers were able to witness the collision of two neutron stars, and the incredible detonation that followed, and their observations have far-reaching implications for scientists across a host of different fields.

The actual event was first observed by researchers back in August, and was detected by a huge number of different instruments including telescopes that can spot gamma rays, x-rays, visible light, and radio signals. After the stars began their dangerous dance, all of those mechanical eyes were trained on a single point in space and captured an incredible amount of data that could change our understand of how the universe works.

A collision between two neutron stars is nothing short of insanity. Neutron stars are the dead, burned-out remains of once-massive stars which have since pooped out, but they are incredibly dense. When two of these stars meet, swirling around each other and getting closer and closer until eventually crashing into each other, the result is an incredible release of energy and matter.

What kind of matter? Well I’m so glad you asked, because that’s one of the reasons this discovery is so important! As it turns out, heavy elements like gold and platinum have never really had an origin story, and researchers weren’t positive how they were even created in the first place. After observing the incredible merger of these two neutron stars, the data revealed that gold was a likely byproduct of their collision, and now we know. Scientists now estimate that at least half of the gold in the universe was likely created in similar events.

But that heavy element discovery isn’t even the biggest news to come out of this crazy celestial event. The incredible collision of the stars also created gravitational waves which were detected by instruments here on Earth, marking another huge first. That ripple through space-time helps further confirm Einstein’s predictions which were made well before any such tools existed.