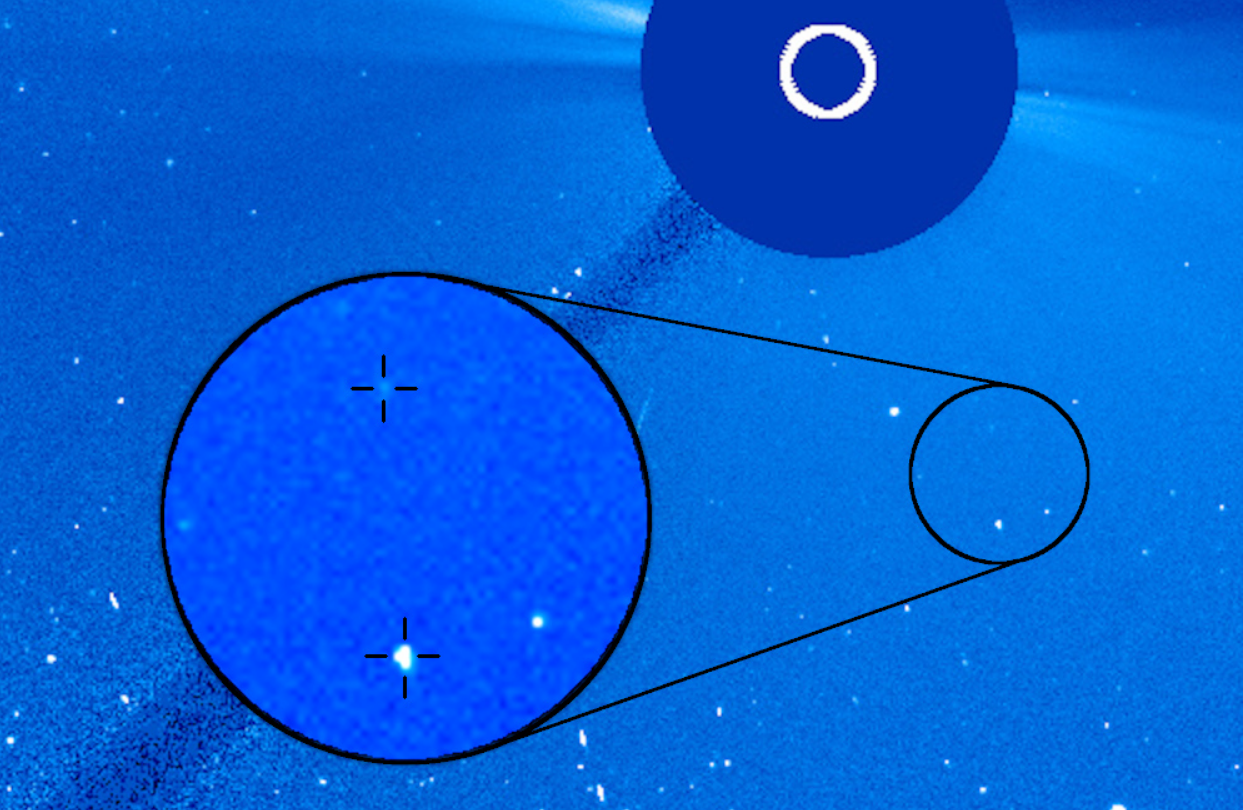 We tend to only hear about near-Earth objects when they pose a potential threat to our planet. That makes sense since there are so many rocks and chunks of ice floating around our celestial neighborhood that it would be silly for scientists to make a big deal out of each and every one of them. However, a new comet nicknamed SOHO-4000 is pretty special, and not because it’s going to hit Earth. It’s unique because it’s the 4,000th comet detected by the Solar and Heliospheric Observatory (SOHO), a joint mission from NASA and the European Space Agency.

SOHO-4000, which is still waiting to be confirmed by scientists at the Minor Planet Center, is a member of a comet family called Kreutz. Kreutz comets travel in a similar path, getting up-close-and-personal with the Sun before swinging back out again.

SOHO-4000 is relatively mundane as far as comets go. It’s only estimated to be between 15 and 30 feet in diameter, and it’s so tiny that its faint signature in the observatory’s powerful lens can’t even be seen from telescopes on Earth. It’s a barely-there comet, but its discovery marks a huge milestone for the SOHO mission.

“I feel very fortunate to have found SOHO’s 4,000th comet. Although I knew that SOHO was nearing its 4,000th comet discovery, I did not initially think that this sungrazer would be it,” Trygve Prestgard, a scientist working on the SOHO mission, said in a statement. “It was only after discussing with other SOHO comet hunters, and counting through the most recent sungrazer discoveries, that the idea sunk in. I am honored to be part of such an amazing collaborative effort.”

Along with SOHO-4000, the astronomers working on the project also spotted the 3,999th comet just shortly beforehand. Both comets were racing toward the Sun, making them easier to spot as they leave long, wispy trails of material in their wake. The discoveries were made using the LASCO instrument, which stands for Large Angle and Spectrometric Coronagraph. It’s this tool that allows scientists to detect comets cruising toward the Sun despite the intense brightness that would blind many other observational instruments.

LASCO can do something other telescopes can’t — it can see comets flying extremely close to the Sun, called sungrazers, which are otherwise blotted out by the Sun’s intense light and impossible to see. This is why nearly all of SOHO’s 4,000 comet discoveries have come from LASCO’s data.

Understanding more about the kinds of objects that make up our solar system can offer clues as to its formation, as well as the formation of other systems in the Milky Way. If we’re to one day travel between stars, learning as much about our own system before we leave is incredibly important.