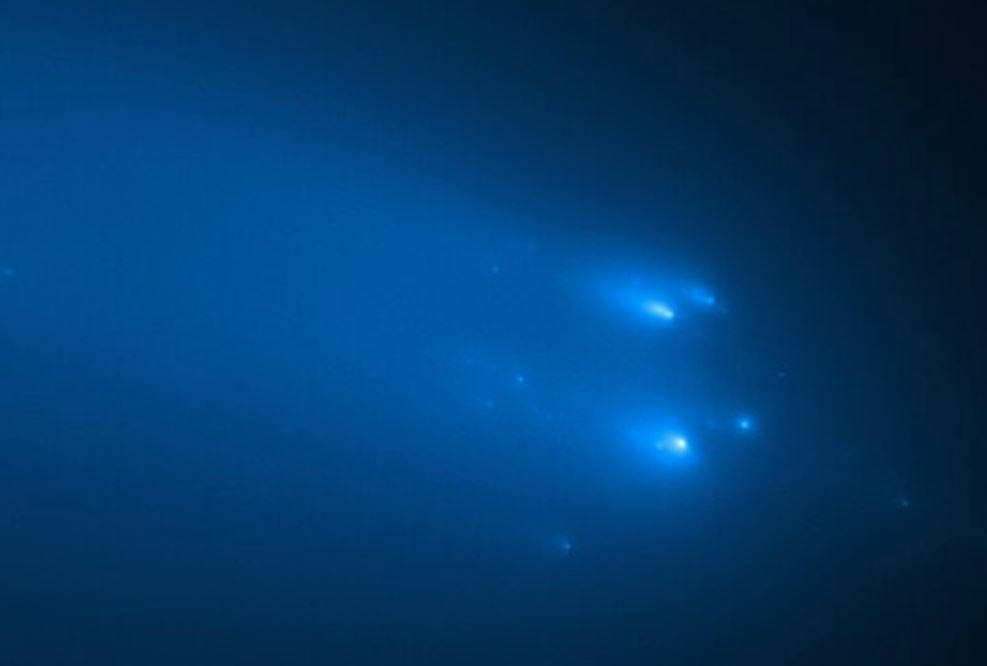 The Hubble Space Telescope, an aging workhorse for NASA and the European Space Agency, is great at capturing images of distance features of our galaxy and even other galaxies, but that doesn’t mean it’s always looking to the horizon for objects of interest. As evidence of that, the telescope just spotted something pretty special right here in our neck of the woods.

Comet C/2019 (ATLAS) is breaking up. Scientists haven’t had long to study the comet, as it was discovered in December 2019, but as a new set of Hubble images reveals, it’s now breaking up right before our very eyes.

Comets are icy, and when they are heated by the Sun they begin a process called outgassing, leaving behind a whispy trail. These kinds of objects can shed chunks of themselves for many different reasons, and sometimes they completely disintegrate if their core just can’t handle the stress. In the case of C/2019 Y4, astronomers don’t know exactly why the comet is seemingly self-destructing, but they’re eager to watch the process unfold. You can check out an animation of the images below.

“This is really exciting — both because such events are super cool to watch and because they do not happen very often,” Quanzhi Ye, a lead observer, said. “Most comets that fragment are too dim to see. Events at such scale only happen once or twice a decade.”

It’s also giving scientists a chance to study how comets fragment, since such a sighting is so rare. Comparing images captured by Hubble against one another to tell the story of what is happening to the comet has been a challenge, according to UCLA’s David Jewitt, who leads a team that is studying the comet.

“Their appearance changes substantially between the two days, so much so that it’s quite difficult to connect the dots,” Jewitt says. “I don’t know whether this is because the individual pieces are flashing on and off as they reflect sunlight, acting like twinkling lights on a Christmas tree, or because different fragments appear on different days.”

But regardless of whether Hubble’s observations will be enough to paint a clear picture of what is going on with C/2019 Y4, the scientists are enjoying every second of it. “It’s quite special to get a look with Hubble at this dying comet,” Jewitt notes.