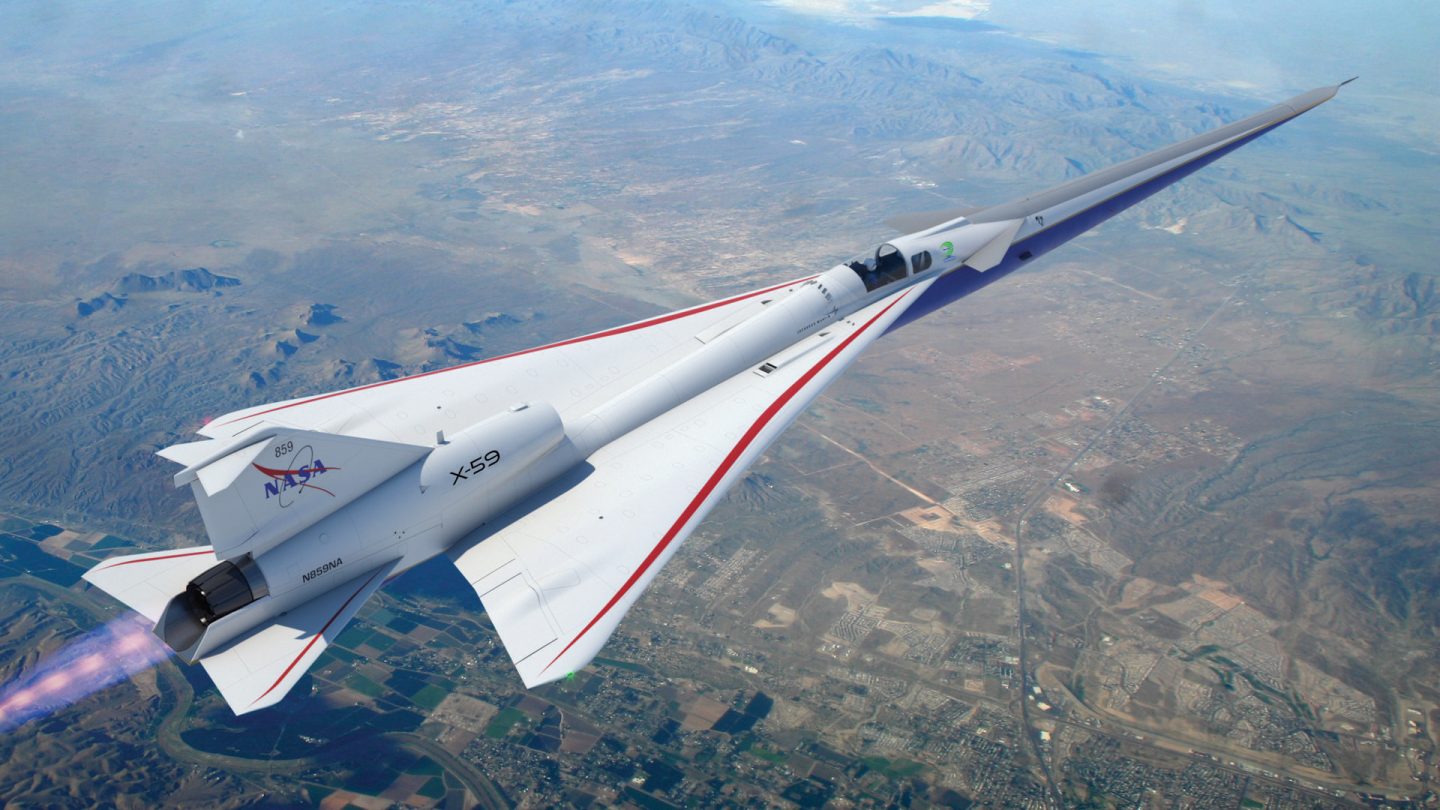 The move is part of NASA’s Quesst mission, which is working with aeronautical innovators at Lockheed Martin to create a plane that is capable of breaking the sound barrier while also doing it more quietly than normal. NASA says that it has been over seventy-five years since the first sonic boom rang out across the California desert.

When it happened, NASA’s X-1 team managed to do what many believed impossible. The space agency is looking to continue that trend in 2023 when it launches the X-59, which it originally planned to test over Texas in 2018.

“The first supersonic flight was such a tremendous achievement, and now you look at how far we’ve come since then,” Catherine Bahm, an aeronautical engineer at NASA’s Armstrong Flight Research Center in California, said in a statement. Bahm is part of the team designing NASA’s X-59, the plane at the center of the agency’s move to break the sound barrier quietly.

The overall goal here is to help create planes that can fly at the speed of sound, even when over land, as doing so has been banned since 1973 due to the loud boom that it creates when a plane flies that quickly. This could open the door for new commercial supersonic travel options.

NASA hasn’t shared a timetable for exactly when it hopes to demonstrate that the X-59 can break the speed of sound quietly without creating a sonic boom, but it plans to launch the experimental place later this year sometime.

With this and its other ongoing endeavors proving successful – like the Artemis I mission and even the operations of the James Webb space telescope – NASA has a bright year ahead of it.