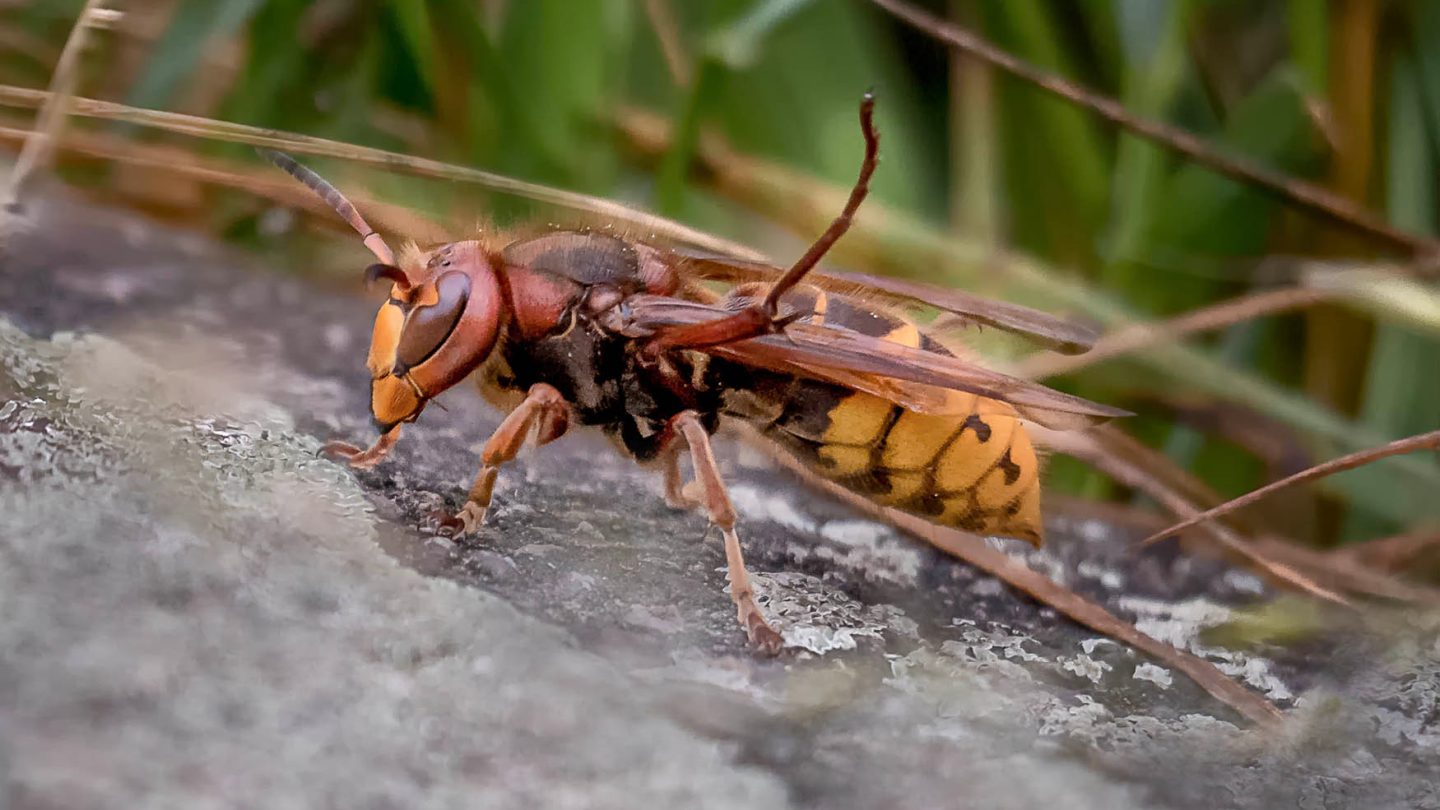 As if 2020 didn’t kick us enough when we were already down, the revelation that invasive Asian giant hornets — also known by their nickname “murder hornets” — were slowly making homes in the United States. The hornets are an incredibly dangerous invasive species because of their habit of destroying the hives of native bees.

Bees are incredibly vital as pollinators, and a decline in bee populations puts the entire food chain on shaky ground. The use of insecticides and other chemicals in agriculture has already damaged robust bee populations, so the murder hornets arrived at the worst possible time. Now, scientists are warning that the hornets are about to enter their seasonal “slaughter phase,” where the bees they hunt will be the most vulnerable.

The invasive giant hornets have been spotted in various U.S. states and, as their reputation suggests, they’re a real menace when they come into contact with humans and especially native bees. Their sting is incredibly painful, but it’s what they do to established bee hives that is the worst of the worst.

The hornets find hives and then kill off the native bees. The bees are no match for the massive hornets and the hornets have a habit of literally biting the heads off of the bees in the hives they invade. It’s gruesome, and it can be utterly devastating for a hive, allowing no potential for recovery.

“Asian giant hornets this time of year start going into what we call the slaughter phase,” Sven-Erik Spichiger of the Washington State Department of Agriculture told The Seattle Times. “They will visit apiaries, basically mark a hive, attack it in force, removing every bee from the hive, decapitating them, killing all of the workers and then spending the next few days harvesting the brood and the pupae out of the hive as a food source.”

In Northern Washington specifically, wildlife officials are hunting for nests of the Asian giant hornets in the hopes of wiping them out before they can wreak havoc on nearby beehives. They’ve found both dead and living murder hornet specimens in various places, so they know that they’re around, but have yet to find their homes.

In the meantime, it’s important than anyone in the United States report sightings of the hornets wherever they might be. That means alerting officials when you find dead or living giant hornets so that they can be dealt with as rapidly as possible.