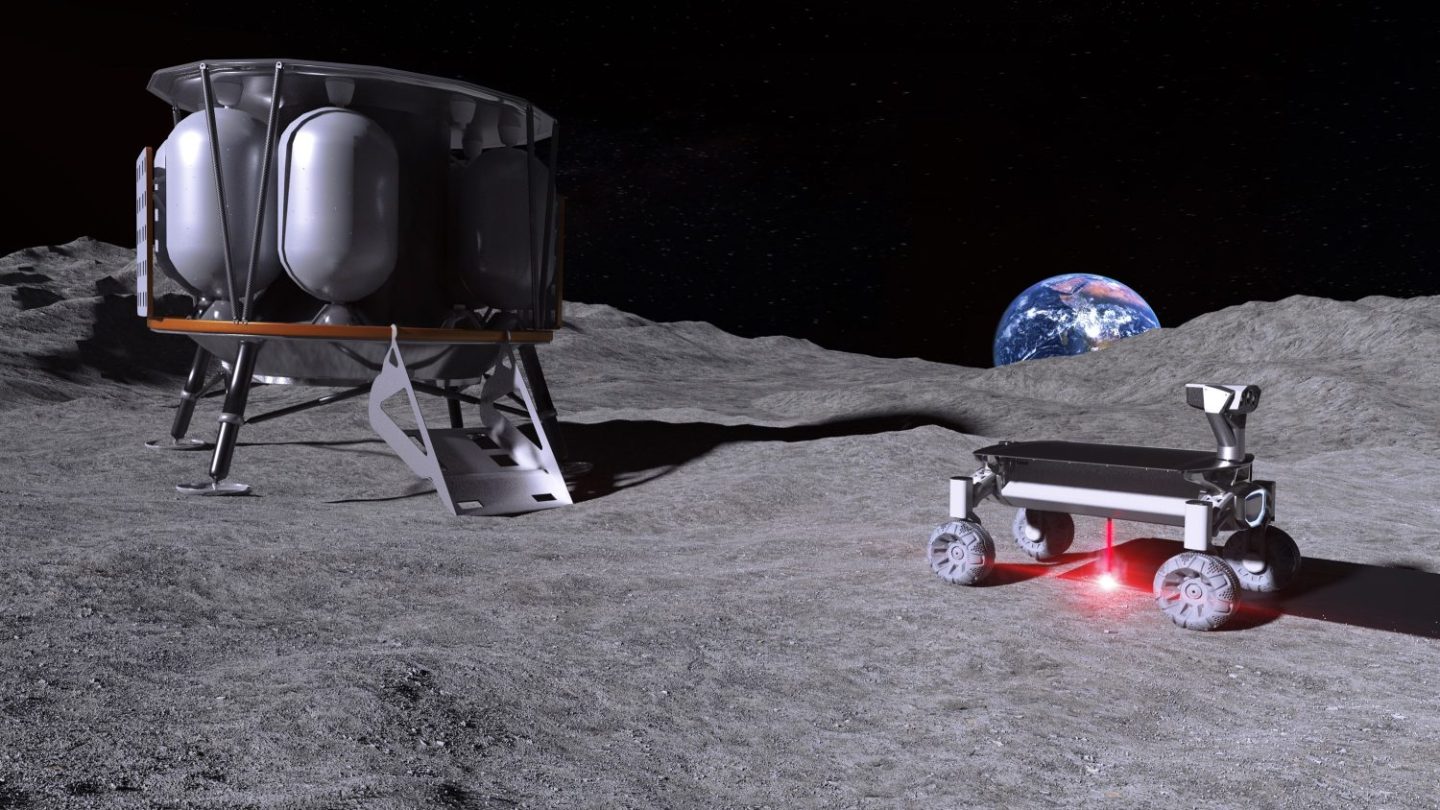 Building a structure anywhere other than Earth is something that has never been done before… at least by mankind. We all like to imagine a colony of settlers eventually taking up residence on a place like Mars, but Earth’s Moon is the much more likely location for humans to construct the first off-world base.

MOONRISE — a project being undertaken by a collaboration including the Institute of Space Systems, the Technical University of Braunschweig, and the Laser Zentrum Hannover e.V — aims to make a lunar base reality, and the team behind it are taking a very futuristic approach.

The act of constructing a base on the Moon is going to be quite challenging, but actually getting materials to a location as far away as Earth’s satellite may be even harder. You can’t just ship a cargo vessel full of building supplies to the Moon since such a thing would be horribly inefficient and cost an absolute fortune.

MOONRISE is taking a different approach. The team intends to build the materials needed to construct the base right there on the Moon’s surface, using powerful lasers to essentially melt Moon dust into rigid shapes.

“We want to bring a laser system to the moon, which is supposed to melt moon dust, the so-called regolith,” Niklas Gerdes of LZH said in a statement. “We would thus take the first step to take Additive Manufacturing, that is 3D printing, to the moon.”

The first big test of this technology may come as soon as 2021, when PTScientists, a German space startup, plans to take the MOONRISE laser hardware to the Moon so it can be tested in real-world conditions.

The team behind the project is bullish on the prospect of using Moon dust as a primary building material for structures on the Moon, even going so far as to suggest an entire “Moon Village” might be constructed out of laser-melted Moon material. We’ll have to wait until 2021 to see if that has any chance of actually happening, but it’s exciting to think about.