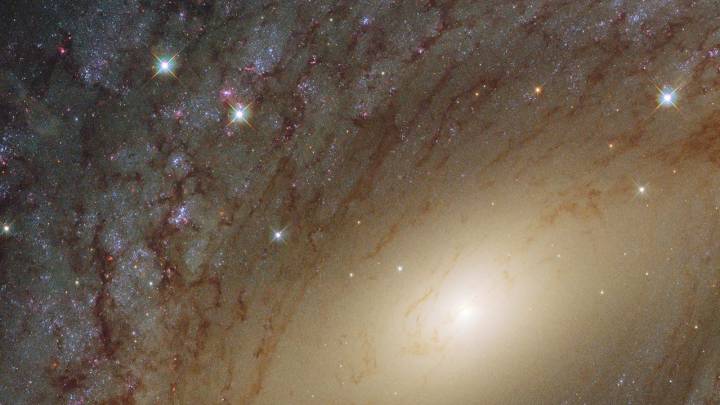 Studying a galaxy from the inside can be a tricky thing, but astronomers have still managed to learn a great deal about our own Milky Way. One of the things scientists think they know about our galaxy — and many other galaxies like our own — is that they revolve around a black hole. In the case of the Milky Way, the object in the center of the galaxy is believed to be a supermassive black hole, and that’s not uncommon.

However, as astrophysicist Smadar Naoz writes, recent observations hint at the possibility that the black hole scientists believe resides at the location known as Sgr A* (the center of our galaxy) has a friend.

In a new research paper, a team of astrophysicists explains that by observing the movement of stars near the galactic center they can get a better idea of what’s going on, despite not actually being able to see the black hole(s) directly. As stars swirl around the center of our galaxy, their movements can reveal the presence of objects which are exerting a strong gravitational pull upon them.

“Using our understanding of the gravitational interaction between the possible supermassive black hole pair and the surrounding stars, astronomers can predict what will happen to stars,” Naoz explains. “Astrophysicists like my colleagues and me can compare our predictions to observations, and then can determine the possible orbits of stars and figure out whether the supermassive black hole has a companion that is exerting gravitational influence.”

In observing a particularly well-known star called S0-2, the team says that there is no conclusive proof that a small black hole companion is hanging out around the primary black hole at the galactic center, but also couldn’t rule out the possibility.

But star observations aren’t the only tool in the arsenal of scientists. Going forward, a state-of-the-art detector called LISA (Laser Interferometer Space Antenna), currently in development, could yield new discoveries that reveal the presence of a second black hole at our galaxy’s heart.