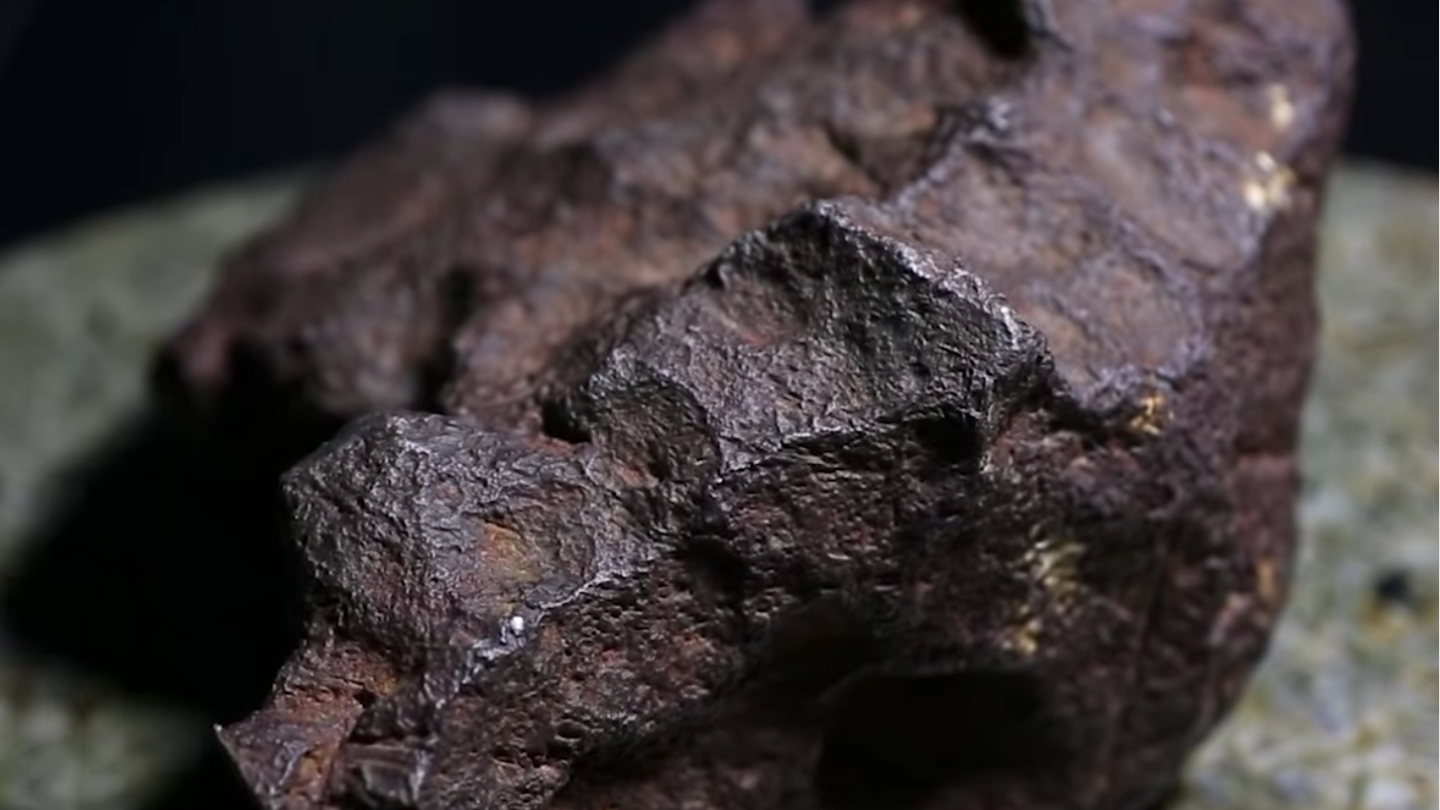 You probably don’t have many incredibly valuable artifacts laying around your house, but if you did you almost certainly wouldn’t be using them as doorstops, right? A man in Michigan discovered that the big hunk of malformed rock that was once propped open a door on a farm he bought is actually worth as much as $100,000. Oh, and it also fell from space.

The unnamed man reportedly came into possession of the 22-pound rock when he bought a farm from a family who said that the object was a meteorite. The farmer claimed the rock had fallen in the 1930s and that the new owner could have it since it was “part of the property.”

The rock, which at the time was used to prop open doors, was taken by the farm’s new owner when he eventually sold the property, and only just got around to seeing if it was actually a true meteorite. He contacted Central Michigan University who tested and confirmed that the rock was not only a meteorite, but a particularly large one at that.

The charred hunk of space debris is the sixth largest meteorite ever found in the state, and it’s estimated worth tops $100,000. It’s an incredibly valuable relic of the early Solar System, and the owner apparently agreed that it should have a better life than serving as a doorstop.

The man reportedly hasn’t figured out exactly where the meteorite will end up, but a number of institutions are apparently considering purchasing it from him for display. As CMU notes, the man has pledged to donate 10% of the sale price to the university as a token of gratitude for helping him identify it.