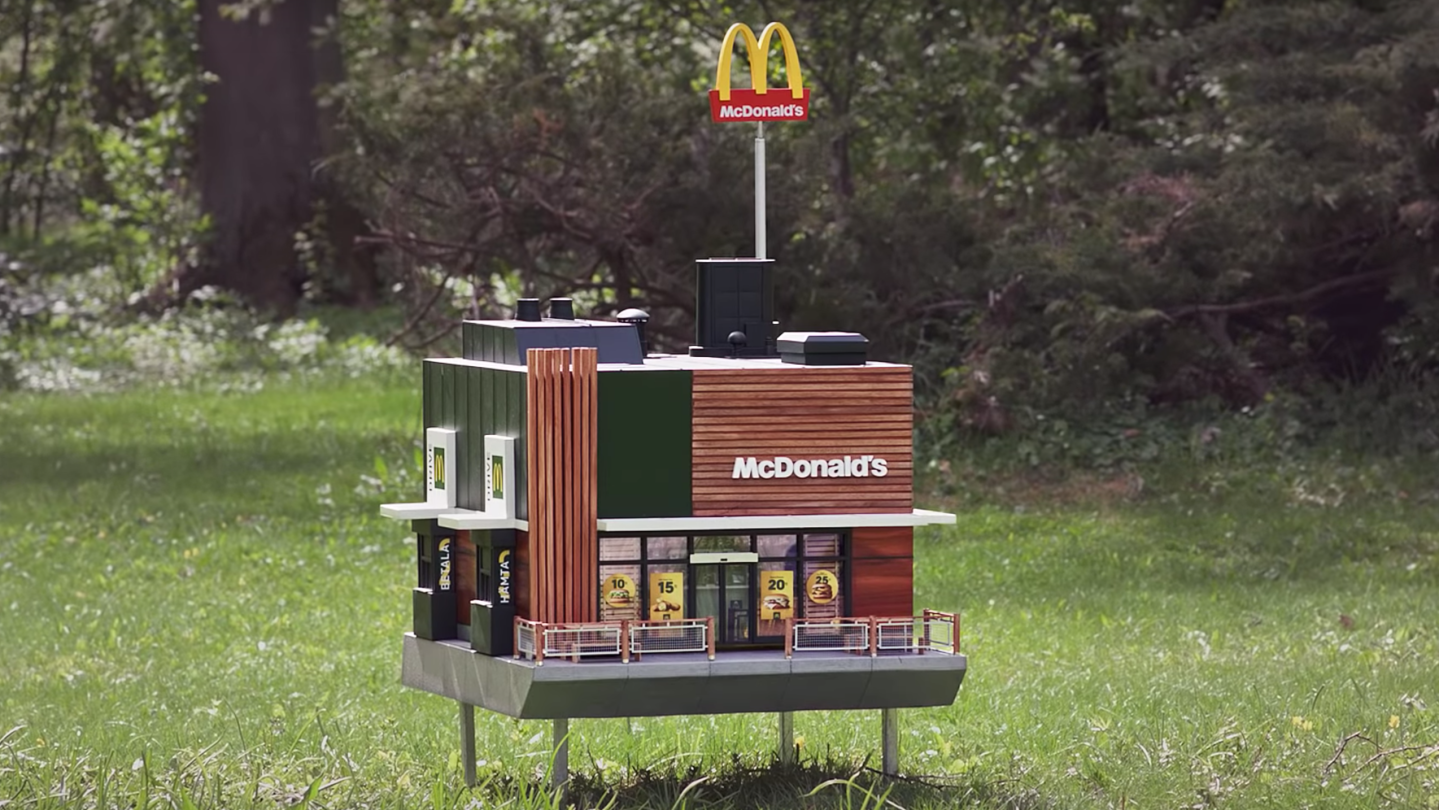 If you’re looking for a McDonald’s restaurant in Sweden, you just gained another option. A first-of-its-kind McDonald’s location was recently built in the country, and it caters to a very specific crowd. Oh, and you probably won’t be able to fit through the front door, unless you happen to be a bee of course.

The McHive, created by marketing firm Nord DDB, is a pint-sized McDonald’s eatery complete with modern decor and of course the golden arches flying high above. As the name suggests, the McHive is built for bees — the interior is actually a bee box where the insects can live — and it’s just the latest example of how the company is stepping up its efforts to protect the vital insects in the country.

Bees are facing some serious threats around the world. Insecticides used in farming and human encroachment have pushed the bees — which are incredibly important as pollinators — to the brink in some areas. In Sweden, several McDonald’s locations have taken it upon themselves to give the bees a hand, turning their roofs into safe havens for the insects and setting up hives where they can thrive.

“Some of McDonald’s restaurants in Sweden have beehives on their rooftops,” Nord DDB explains. “The initiative started out locally but is now growing. More franchisees around the country are joining the cause and have also started replacing the grass around their restaurants with flowers and plants that are important for the wellbeing of wild bees. To celebrate the initiative which is part of McDonald’s Swedens sustainability work, we created what could be the world’s smallest McDonald’s – a fully functioning beehive.”

If you wanted a McHive of your own, here’s some bad news: Delish reports that the one-and-only McHive was already sold at auction, fetching the hefty sum of $10,000. All that money will be forwarded to charity, and hopefully the fancy hive will serve as a home for thousands of bees in the near future.