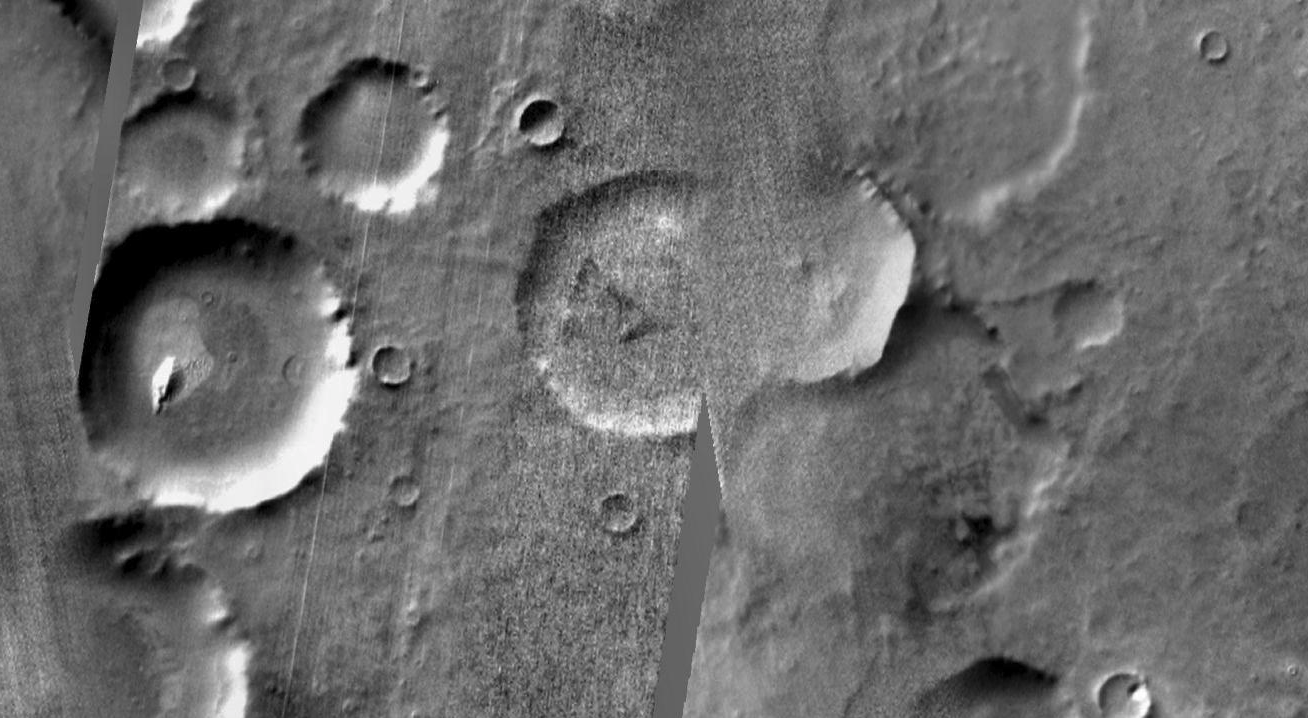 Mars is one of the most studied and scrutinized of all the planets in our Solar System, and space agencies have sent probes, orbiters, and rovers to investigate it in unprecedented detail in recent years. Mankind has never found anything suggesting that life was once present on its surface, or that alien beings lived or even visited the martian surface at any point in the past, but that’s not stopping some independent alien sleuths from believing that something is still waiting to be discovered.

The latest example is a big ol’ triangle that, if you buy into the opinion of some amateur astronomers, is actually a crashed alien spaceship tucked away in a crater on Mars. The as-of-yet-unexplained shape is being hailed as proof that aliens exist, and that they’ve visited or perhaps even lived on the red planet in the distant past.

First widely reported by a popular YouTuber known as Secureteam, the “object” was found using Google Mars, which is a remarkably detailed map of the planet’s surface. You can view the map in infrared or visible light modes, as well as an elevation map, but it’s in the infrared image that the fringe of the UFO community believes the evidence lies. The image does appear to show something vaguely triangular, potentially buried under the sand and dust that has accumulated over millions or perhaps even billions of years.

Triangles are a big deal in UFO circles, as many of the more widely believed alien encounter stories have suggested that triangular crafts are being used by extraterrestrials. In that regard, the infrared image is pretty interesting, but it’s hardly proof, and the whole theory really starts to fall apart when you check out the elevation map.

When viewed like this, it quickly becomes clear that the “object” isn’t actually a solid flat triangle but rather a collection of smaller peaks and rocky formations, arranged in a way that roughly resembles two corners of a triangle and little more.

If you spend more than about five minutes on Google Mars you’ll surely find plenty of odd formations that you could argue are evidence of an alien ship, building, or something totally unexplained. Unfortunately, the randomness of nature tends to fool us into seeing something that’s not actually there.