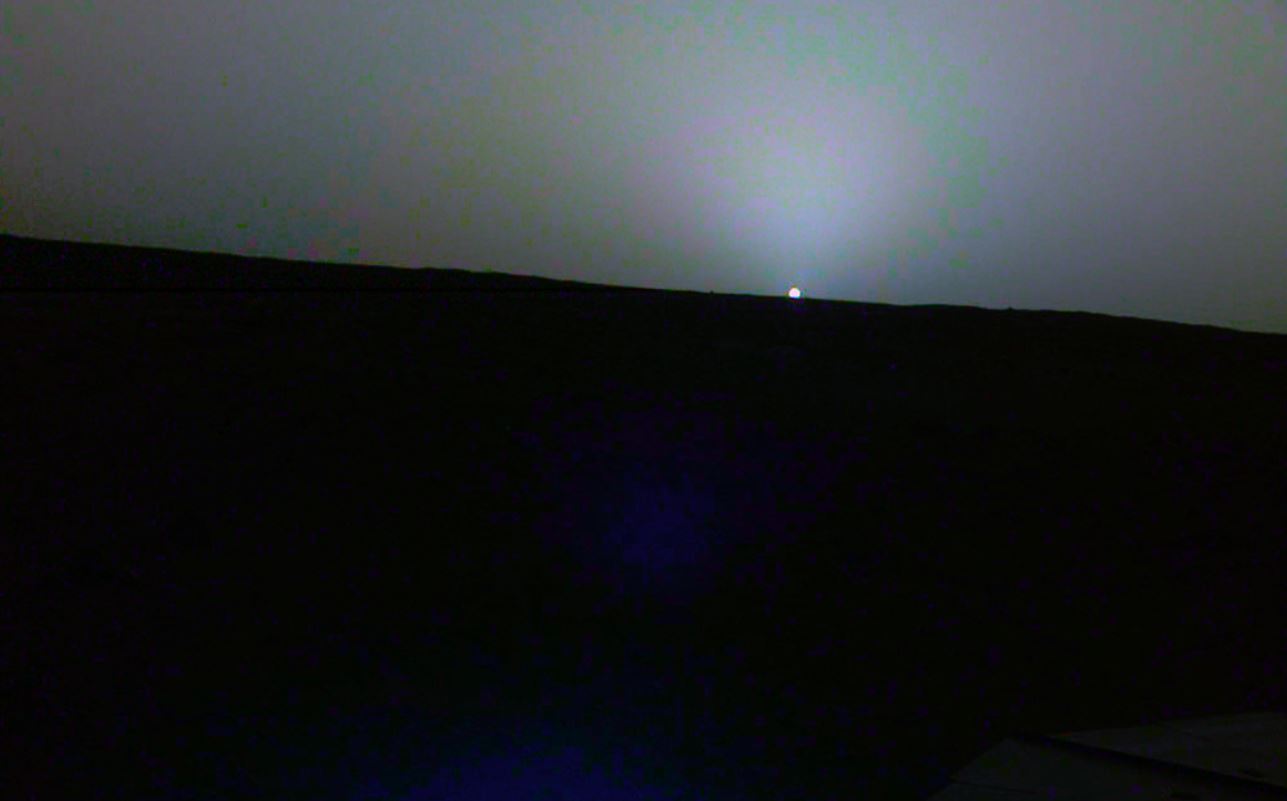 NASA’s InSight lander has been sitting safely on Mars for a number of months now after landing back in late 2018, and it’s already making a name for itself with a number of interesting discoveries. Most recently, the robotic lander detected what scientists believe may be the first recorded “marsquake” ever, but the bot’s talents go beyond its sensitive ears.

Along with its suite of vibration-sensing equipment and digging tools the InSight is equipped with a high-resolution lens that NASA can point at whatever seems interesting. Now, thanks to some nice timing on NASA’s behalf, we are treated to a gorgeous view of the Martian sunset from the lander’s perspective. 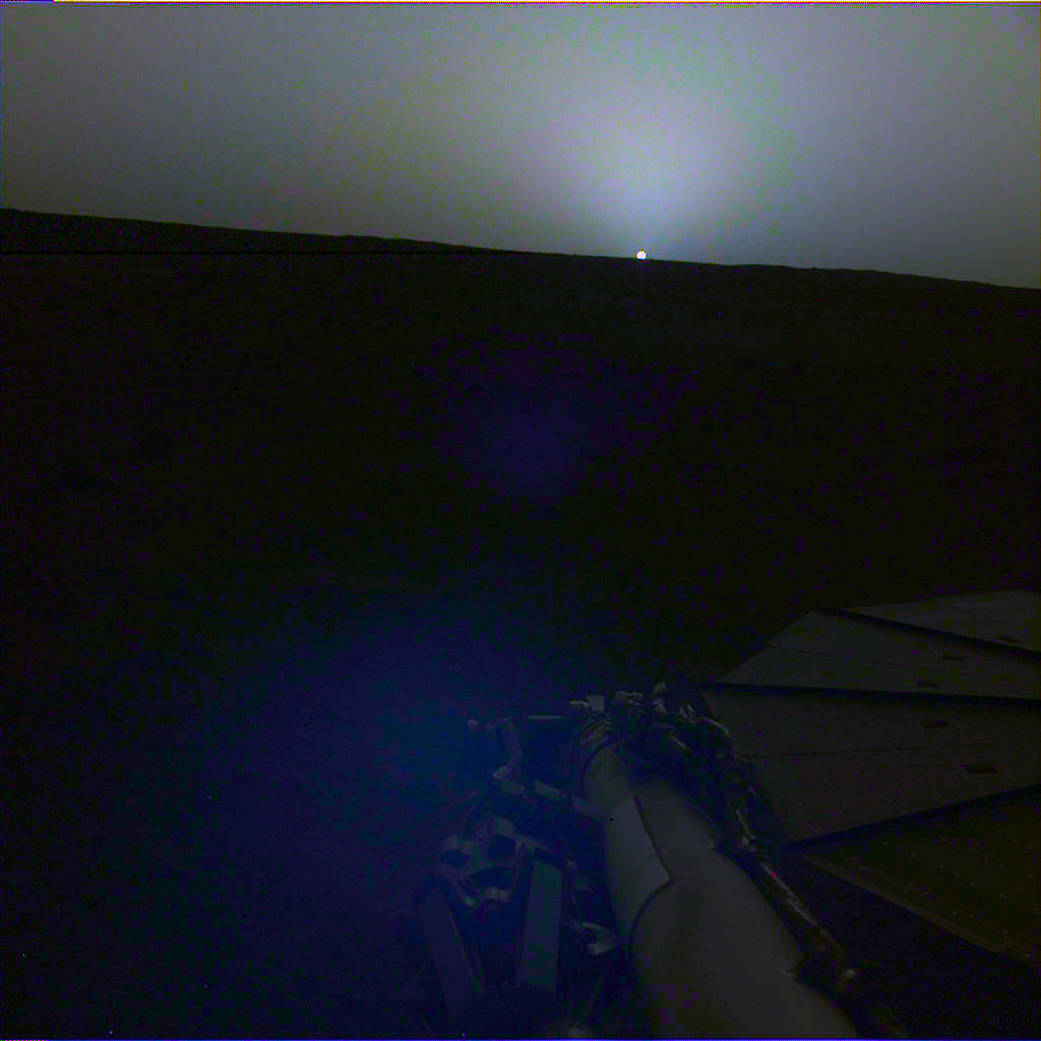 Okay, so it doesn’t have the same flair as a professional photograph of an Earthly sunset but it’s still pretty darn awesome. As NASA explains, the photo was captured one early evening in late April:

NASA’s InSight lander used the Instrument Deployment Camera (IDC) on the end of its robotic arm to image this sunset on Mars on April 25, 2019, the 145th Martian day, or sol, of the mission. This was taken around 6:30 p.m. Mars local time.

This color-corrected version more accurately shows the image as the human eye would see it.

As NASA notes, the image has been tweaked to show what you or I would see if we were standing right where InSight is positioned for the photo. The RAW image that InSight delivered to NASA is actually a bit clearer than the modified pic: 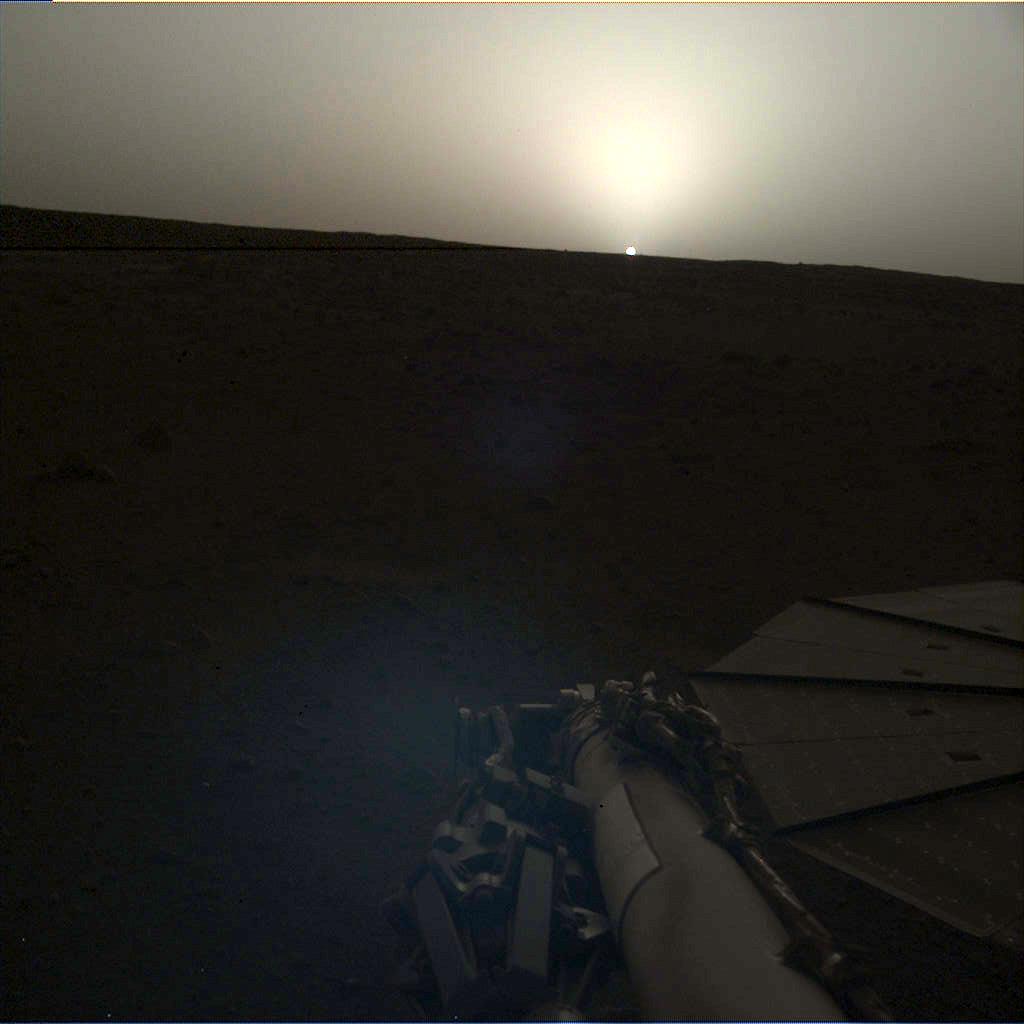 The lander still has a long life ahead of it, assuming all goes well with its hardware, and it’s expected to continue to monitor Mars with its sensitive equipment for roughly another year and a half. However, as with many of NASA’s Mars missions it’s entirely possible the lander will get a new lease on life and extended mission goals once it completes its primary mission.