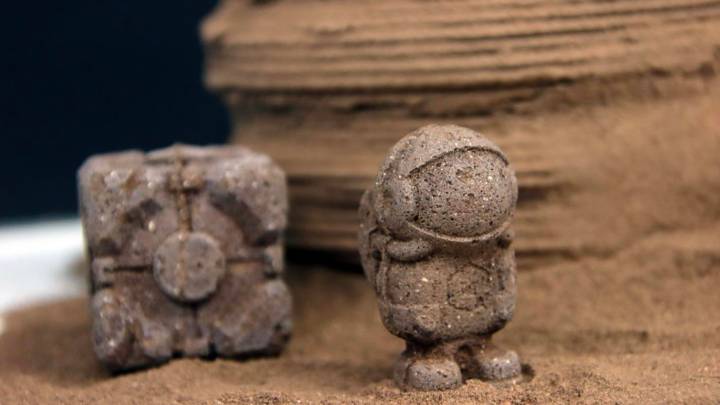 NASA and other space agencies are already planning for the inevitable future of Mars exploration. That means sending crewed missions to the Red Planet to conduct research and break new ground in space. The trip is long, and if we’re sending humans to the surface of Mars, it would make a lot of sense for them to be comfortable during their stay, and that means construction.

If you believe Elon Musk, humans will colonize Mars, but even if that does happen eventually, things will start off very slowly. The first Martian “homes” will likely be primitive in design, and there’s a very good reason for that: weight.

Sending a mission to Mars is already a challenging affair. Add human passengers to the mix and it becomes even more of a challenge. Life support systems, food, and water will all need to come along for the ride, and even if the water is recycled and the travelers can grow their own food during the trip, that’s a whole lot of extra equipment.

Storage space on any spacecraft headed for Mars will be at a premium, and that means there won’t be room to bring things like traditional building materials. Researchers have proposed many ways around this, including making homes in the ancient lava tubes that dot the planet’s surface, but researchers from the Singapore University of Technology and Design have come up with a slightly different solution.

In a study published in PLOS One, the researchers explain how the first Martian travelers could construct homes and other objects using chitin. Chitin is found in nature. It’s what makes up the hard shell of a crab and the rigid exoskeletons of beetles and other insects. It’s an incredibly versatile material, and it might be the key to make life on Mars a little easier.

There are no crabs or bugs on Mars (that we know of), but it may still be possible to create chitin-like material using the Martian soil and mixing it with material brought along for the trip. Chitosan, the fiber that gives chitin its rigid properties, was combined with a Mars soil analog in a simple process that could be easily handled with minimal equipment. The result was a strong material that can be used to make tools and even supports for building structures.

“Against the general perception, bioinspired manufacturing and sustainable materials are not a substituting technology for synthetic polymers, but an enabling technology defining a new paradigm in manufacturing, and allowing to do things that are unachievable by the synthetic counterparts,” Dr. Javier Fernandez, co-author of the study, said in a statement. “Here we have demonstrated that they are key not only for our sustainability on Earth but also for one of the next biggest achievements of humanity: our transformation into an interplanetary species.”