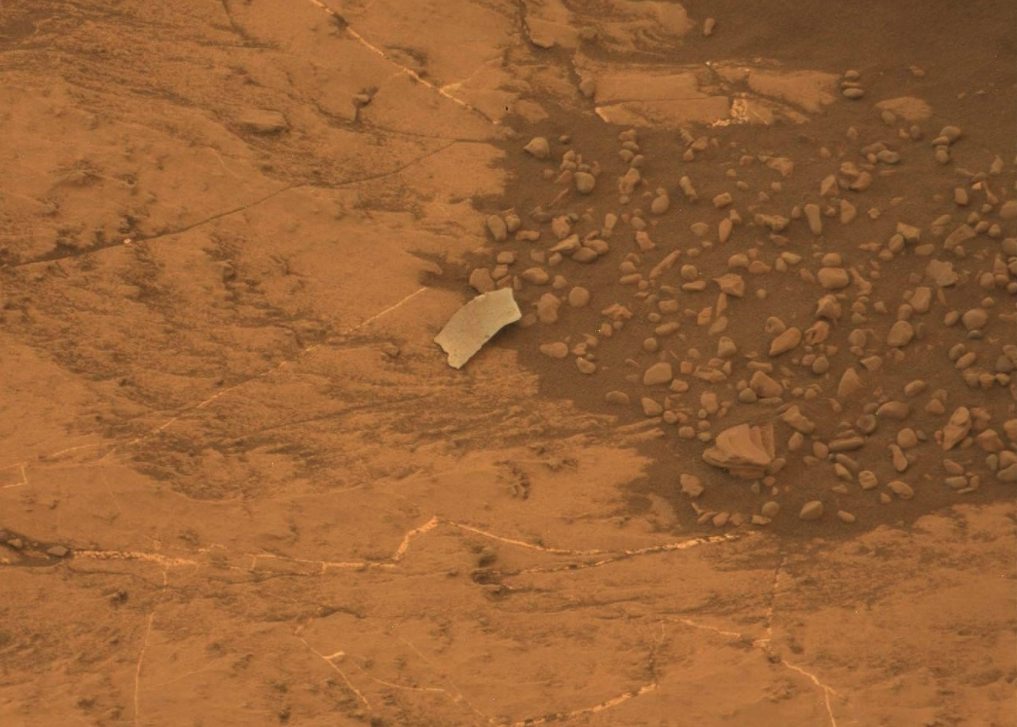 Despite what so many people would love to believe, NASA hasn’t discovered any evidence of past or present intelligent life on Mars. So, when the Curiosity rover stumbled upon what appeared to be a very suspicious chunk of something on the Red Planet’s surface, they were not only surprised but also a little bit worried.

The thin fragment was suspicious enough to warrant its own name, with NASA’s Curiosity rover team calling it the “Pettegrove Point Foreign Object Debris,” named for the location where it was discovered. With no idea what it was or where it came from, the rover’s handlers began to worry that it might actually be a chunk of the rover itself, suggesting some unseen damage or other issue with the robot. Thankfully, those concerns seem to have been unfounded.

In a new update from NASA the object has now been identified as a natural chunk of rock rather than a piece of any manmade craft or vehicle. The team analyzed the bizarre object with a tool called the ChemCam RMI. The instrument uses a laser to sniff out the makeup of anything it’s pointed at, and the results for this particular piece of debris revealed that it’s actually just a very thin piece of rock.

The planning day began with an interesting result from the previous plan’s ChemCam RMI analysis of a target that was referred to as “Pettegrove Point Foreign Object Debris” (PPFOD), and speculated to be a piece of spacecraft debris. In fact it was found to be a very thin flake of rock, so we can all rest easy tonight – Curiosity has not begun to shed its skin!

How this particularly thin sliver of rock got to where it is — and why it seems to be a different color than the surrounding sand and debris — remains unexplained, but at least the rover isn’t falling apart.