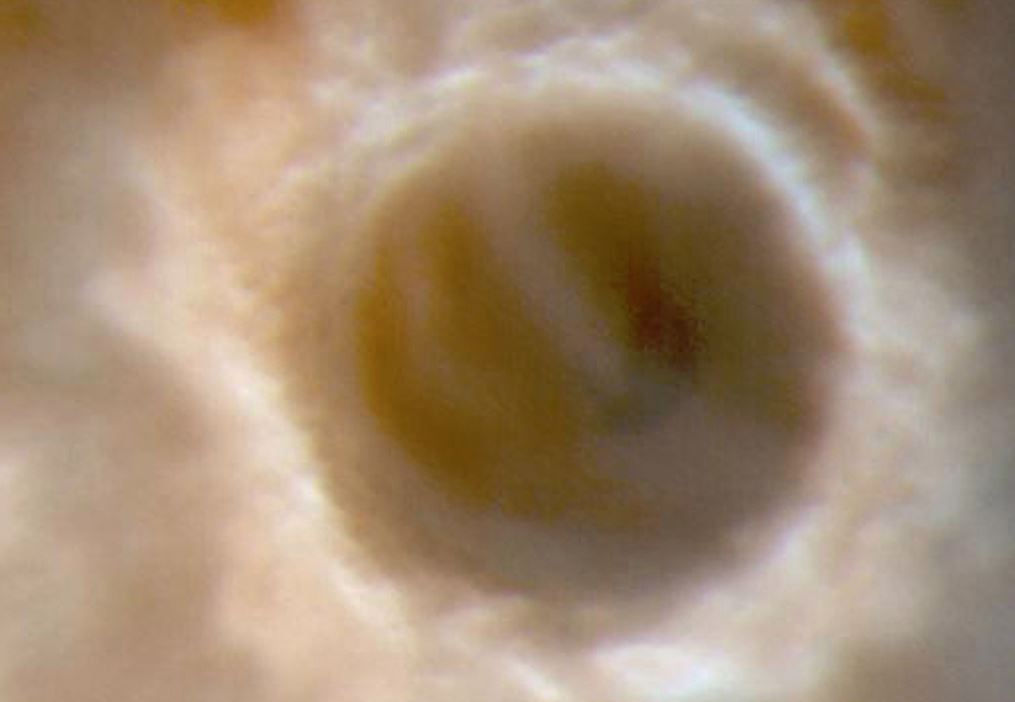 The Mars we know today is dry, dusty, and (probably) devoid of life, but that wasn’t always the case. Scientists believe Mars was once a wet world, with vast oceans that may have or may not have supported life. Now, a new study suggests that if there was any life hanging out on the Red Planet three billion years ago, it had to deal with a massive asteroid impact and the tsunami that followed.

The study, which was published in the American Geophysical Union’s Journal of Geophysical Research, focuses on a colossal 75-mile-wide impact site known as the Lomonosov crater. The gigantic scar on the planet’s surface is what remains of the incredibly destructive event, but there’s still plenty it can teach us.

As Space.com reports, previous studies by some of the scientists involved in the Lomonosov crater research have drawn links between various geographical features and the likelihood of ancient mega-tsunamis that dramatically altered the Martian landscape. The colossal waves rolled across the planet around three billion years ago, and the timing matches the age of the Lomonosov impact site.

As the researchers explain in their study, there’s plenty of evidence to support the idea that an asteroid generated a tsunami on ancient Mars, including the location of the Lomonosov crater in relation to the areas where tsunamis carved the land, and even the crater itself matches what we know about marine craters from Earth’s history.

But as convincing as all the clues seem, the researchers are careful not to declare anything with certainty. It’s possible that a different even sparked mega-tsunamis around the same time, and there’s still plenty of work to do before anyone knows exactly what happened on Mars billions of years ago.