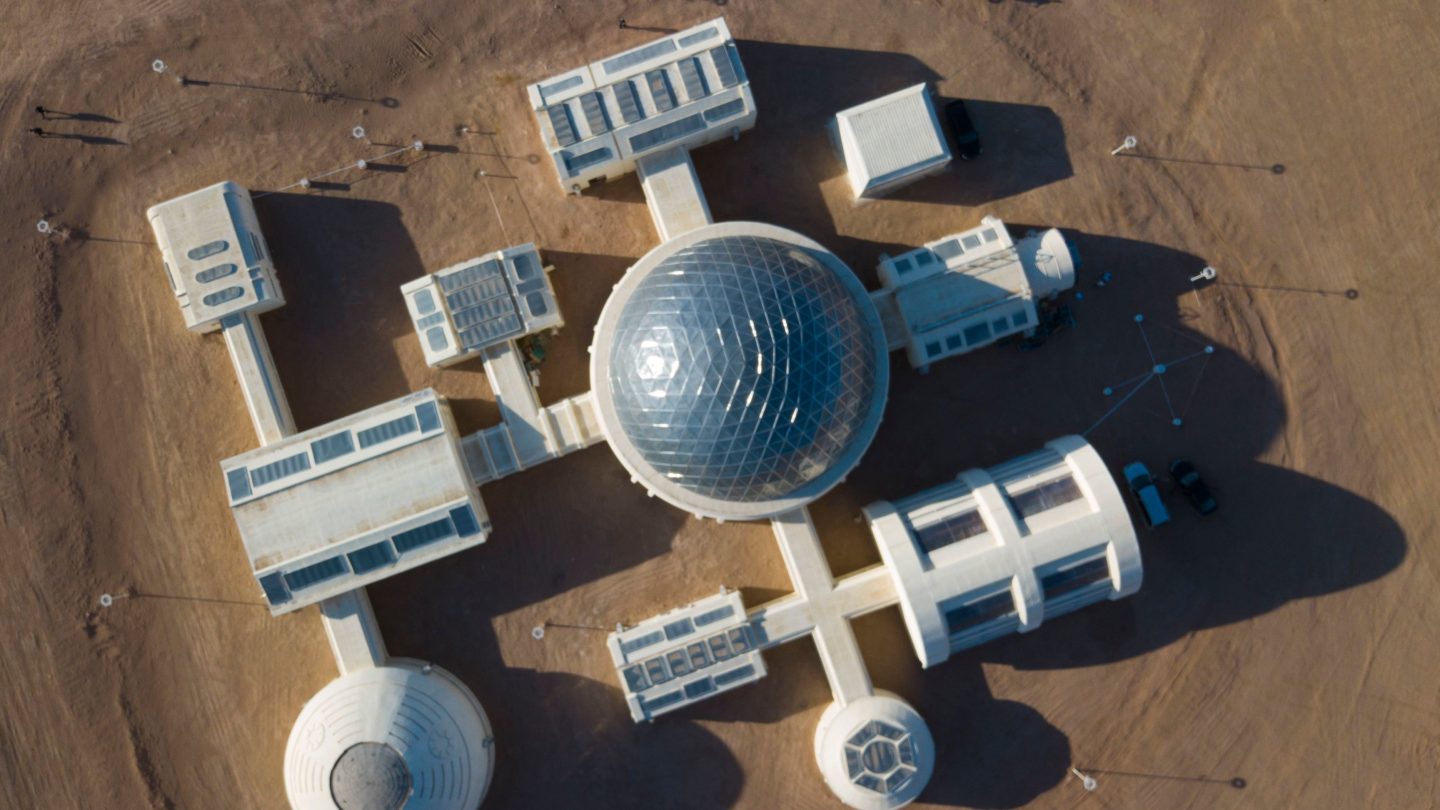 Mars is a mostly dry, dusty, barren place. Earth, our big blue-green marble of a planet, has a few places like that too, which makes them the perfect places to study how humans might eventually colonize the Red Planet. Several scientific organizations are in the midst of doing just that, and China is one of them.

In the Gobi desert, China has built what it calls “Mars Base 1,” a simulated martian colony where teenage students can get a taste of life on another planet without even leaving their home country. The facility and its remote location allows students to suit up like astronauts and experience both the rewards and hardships of existence somewhere other than Earth.

As AFP reports, the base was a pricey investment. Built by a company called C-Space, its construction budget was just under $7.5 million, and the fact that it was built some 25 miles away from the nearest town posed a challenge.

The end result, however, appears to have been well worth it, as the base looks incredible. It’s about as close to a perfect replica of a Mars base as you can imagine, complete with an airlock, living quarters, central control room, and even a large domed greenhouse which would likely be a vital part of any real world martian settlement.

Currently, the facility is being used for educational purposes, with students being brought in to tour the base and explore the surrounding landscape while wearing mock space suits. They solve problems and learn all about life on another planet with hands-on experience.

In the future, C-Space reportedly plans to open the base to others, including tourists who want a taste of Mars life. The company is apparently planning a companion hotel and restaurant to keep paying customers well-fed and happy when they’re not venturing off on otherworldly adventures.