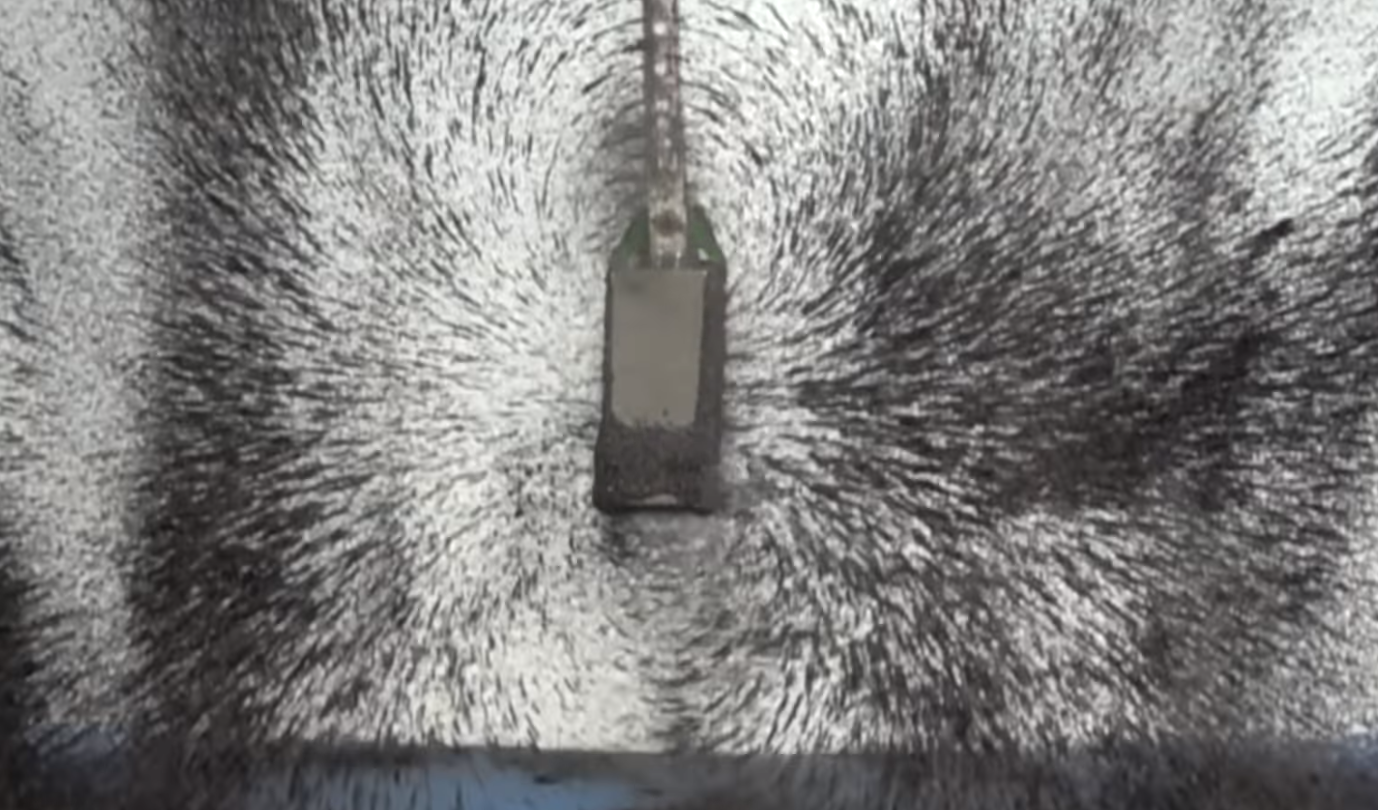 Magnets. How do they work? The good folks over at the YouTube channel Magnetic Games know exactly how, and they do all kinds of neat videos showing off how magnets can be used for entertainment. As Laughing Squid discovered, their latest video is a real doozy.

You should all know by now that magnets have what is known as a magnetic field surrounding them. It’s the invisible force that makes magnets attract or repel, and other materials like metal react to it. The only problem is that you can’t really see it… or can you? To find out, Magnetic Games dropped a couple of ultra-strong magnets on a tiny trampoline covered in magnetite sand, and then filmed it in super slow motion.

The video is all kinds of brilliant, and it does a great job of slowing things down just enough that you can see how the magnetic forces surrounding the magnet bend and manipulate the feather-light metal particles as they float around it.

The shape you see forming in the video, with what appears to be rounded sides curving to both poles, is not unlike Earth’s own magnetic field, but obviously on a much smaller scale.

The brief build tutorial at the start of the video makes it seem as though such an experiment would be easily pulled off in your own home. While that’s partially true, it’s important to note that the magnets being used here are not the kind you’re likely to find in your local hardware store.

Super-strong magnets are often rather costly, and the cheaper of the two magnets we see in the video is priced at a whopping $50. The more powerful one well set you back roughly $100. But if you have the means, go for it, and don’t forget to film it.