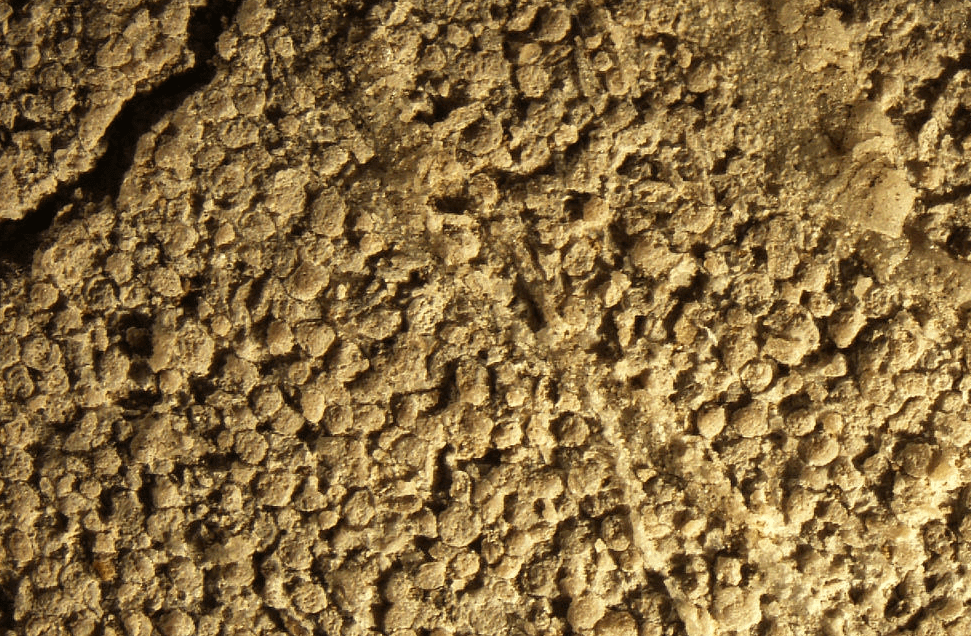 Researchers are constantly finding amazing fossils in places where you might not expect them, but a new discovery by scientists at The Australian National University (ANU) really takes the cake. After close examination of a popular building material known as oolitic limestone, scientists have declared that the grainy rocks were actually created by living microbes hundreds of millions of years ago.

This specific type of limestone is easily recognizable due to its bumpy appearance. The tiny spherical grains, called ooids, that make up the rock were long thought to be the result of tiny pebbles rolling back and forth on the sea floor, building up concentric layers of sediment like a snowball rolling along a yard. Now, science has a new explanation.

The research, which was published in Scientific Reports, doesn’t so much debunk previous theories as supplement them. The researchers don’t discount the idea that ooids are made up of random sediment, but rather attempts to explain how that sediment was gathered and solidified. The paper suggests that tiny microbes existing in a “biofilm” created the initial grains of material that act as the core of each small ooid sphere, gradually gathering additional material and solidifying it in a process called organomineralisation.

Using mathematical models to support their hunch, the researchers successfully demonstrated that microbes could be responsible for ooid formation. Their work shows how a biofilm filled with microbes could sustain itself with nutrients from the outside and, as microbes die over time, create a hard mineralized “inner zone” which produced the small grains we see today. The unique rock is thought to have formed as far back as 340 million years.

What’s particularly interesting about all of this is that oolitic limestone is used all over the world, and in some of humanity’s most impressive structures. As ANU points out, types of oolitic limestone are used in the Empire State Building, Buckingham Palace, St Paul’s Cathedral, and even the Pentagon. It’s been used for centuries, and until now it was just thought of as a quirky, decorative choice for designers. Now, it seems, all that material might actually be the fossilized leftovers of microbes that predated even the dinosaurs.