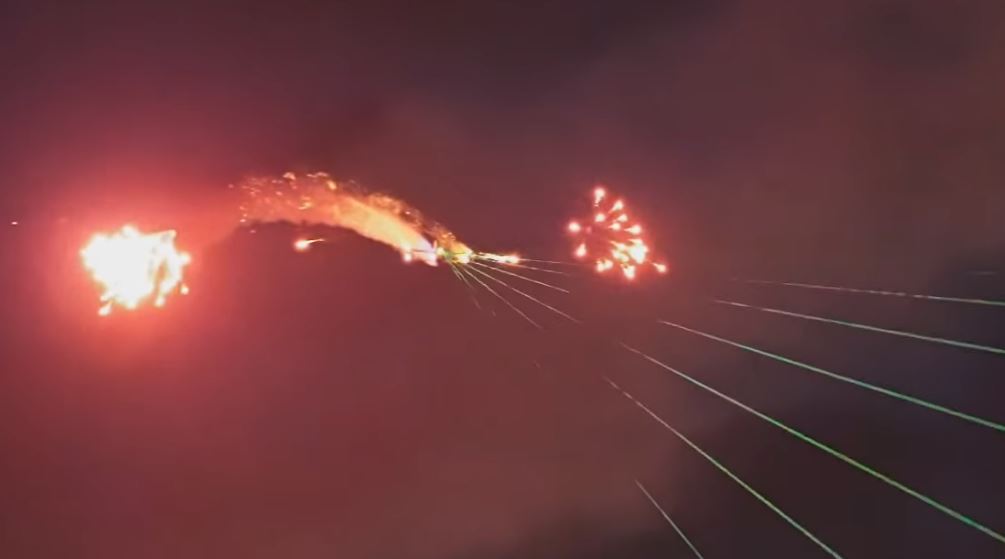 If you’ve ever been to an airshow you know just how cool it can be to see pilots perform fast flybys and stunts that seem to defy the laws of physics, but what about after the Sun goes down? Most planes aren’t all that interesting to watch in the dark, but the folks at Scandinavian Airshow came up with quite a solution.

The Catwalk aircraft is packed with pyrotechnic power and some seriously powerful laser visual hardware. In a new video by HD Melbourne Aviation we get to see the plane in action, and it surely is a sight to behold.

I mean just look at this thing. It’s packed with aerial fireworks that never seem to end, and when the plane points its nose towards the crowd it bathes everyone in flashing green laser lights. Even better, it matches the beat of the music, making for a surreal audio/visual experience. The song, by the way, is “Sandstorm” by Darude.

The crowd gets pretty fired up by the display, which is understandable considering the amount of eye candy lighting up the sky. The video is a showcase of skilled flying and remarkable preparation, ensuring that the lights and pyrotechnics flow together seamlessly.

The incredible light show even seems a bit scary at times, with the plane being bathed in a shower of sparks for extended periods of time. There are points where you can’t even make out where the plane actually is because there’s just too much stuff happening around it. Needless to say, these guys seem to know what they’re doing, and they put on one heck of a show here.