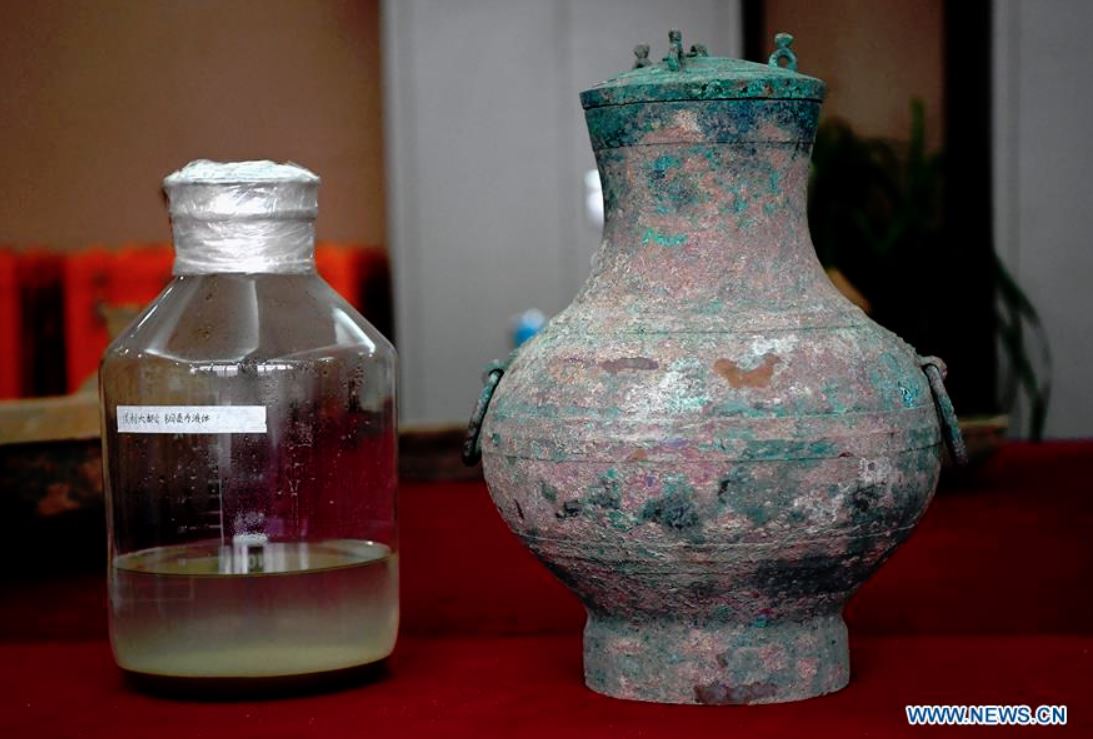 Late last year, archaeologists in China found some very interesting items in an ancient tomb dating back as far as 202 BC, including a bronze vessel that somehow still held liquid. The liquid, which at the time was thought to be some type of wine, has since undergone closer examination that reveals its true purpose.

China’s Xinhua news agency is now reporting that the beverage was actually an “elixir of immortality” that matches descriptions from ancient documents. The substance has been tested and, if scientists are right about it, there’s probably little chance it would do anything to extend someone’s life, and may even usher death in even quicker.

Lab tests revealed the liquid to be a mixture of potassium nitrate and alunite, or aluminum potassium sulfate. Potassium nitrate is often used in fertilizers and is a major component in some gunpowder. It’s used in some meat processing applications today, but the compound itself can cause irritation to the skin, eyes, and internal organs if ingested on its own.

Needless to say, it’s unlikely that anyone will be up for testing the immortality potion themselves, but it remains a very interesting window into the customs of ancient China.

“It is the first time that mythical ‘immortality medicines’ have been found in China,” researcher Shi Jiazhen told Xinhua. “The liquid is of significant value for the study of ancient Chinese thoughts on achieving immortality and the evolution of Chinese civilization.”

The pot containing this supposedly magical elixir was just one of many artifacts recovered from the tomb in China’s Henan Province. Other pots and relics made of bronze and jade were also found. Archaeologists preserved the human remains found in the tomb and will continue to study the items that were buried alongside the individual.