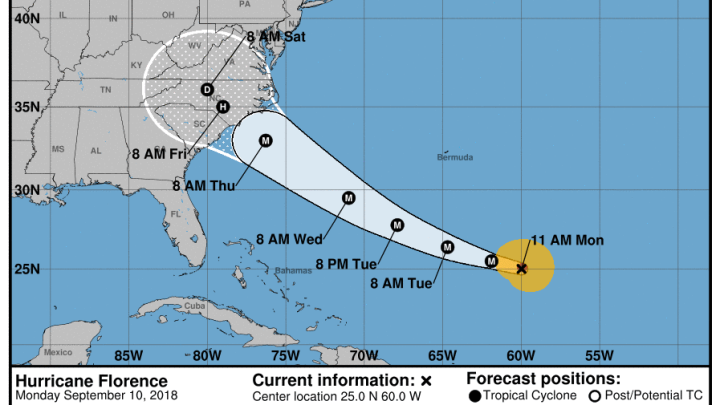 Hurricane season is about to arrive in a very physical way on the East Coast of the US, as current tracking shows that Hurricane Florence, recently upgraded to a Category 4, could make landfall Thursday evening at Wilmington, North Carolina.

However, with the worst effects of the storm not expected until Thursday or Friday, there’s still a great deal of uncertainty about the storm’s path.  Weather forecasting is notoriously tricky to get right, even with supercomputers and some of the world’s best scientists on the case. Different approaches to forecasting have led to a mess of different predicted storm paths, with the options including a full-on hurricane hit for North Carolina, or a stall offshore that could bring torrential rain.

With all that said, you can still stay informed about the storm and understand the different probabilities involved in its future.

J Emory Parker, a journalist in Charleston, SC, has collected some useful information on the publishing times and sources of different forecasts:

It has a central page of information on Florence that provides an overview of the hurricane’s current status, predicted track, and areas that should be taking action. The page also shows the most recent public advisory, forecast advisory, and forecast discussion. The public advisory is a one-page statement that tells you about the likely outcome of the storm, and what action you should take; the forecast advisory and discussion give more information and are more technical.

The best visual aide is the interactive warnings/cone map, which shows the current best-guess prediction for the hurricane’s path. The “cone” shown on the map is where the eye of the storm is probably going to pass; anywhere within that cone is possible, with the line down the middle showing the storm’s most likely path — but it’s far from a guarantee. 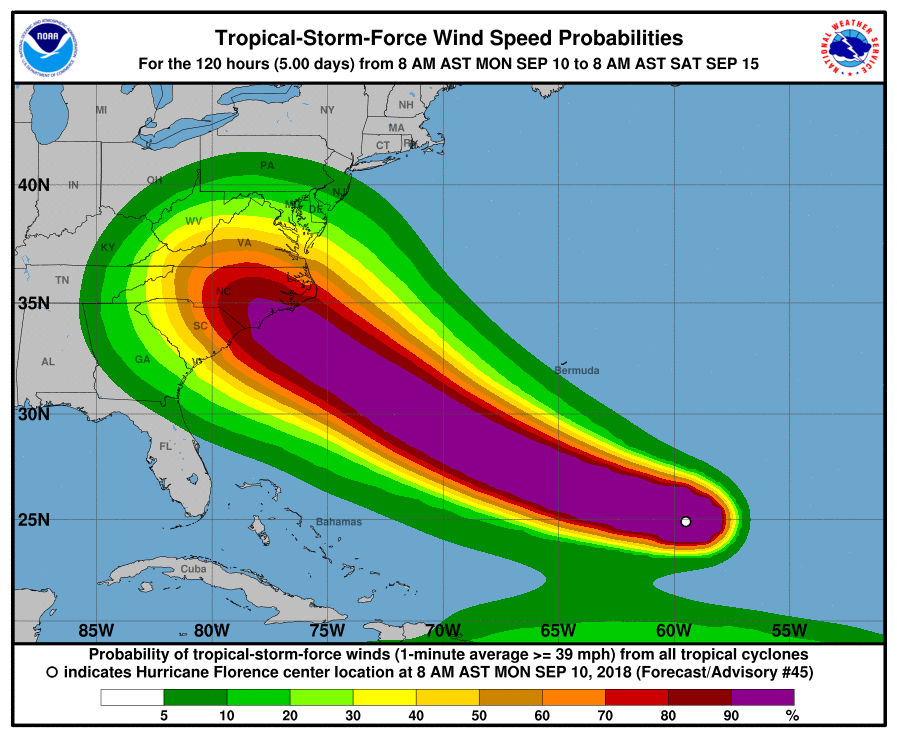 The dangers from Hurricane Florence likely won’t be limited to waves and high winds. Storm surges, which cause extreme flooding, are also possible, as well as freshwater flooding from rainfall. Wind speed probabilities are published here, while the wind arrival times are here. Storm surge warnings will be published closer to the date if necessary.

If you want one single easily-digestible piece of information, the key messages bulletin is regularly updated and can give you a simple-to-understand overview of what’s going on.