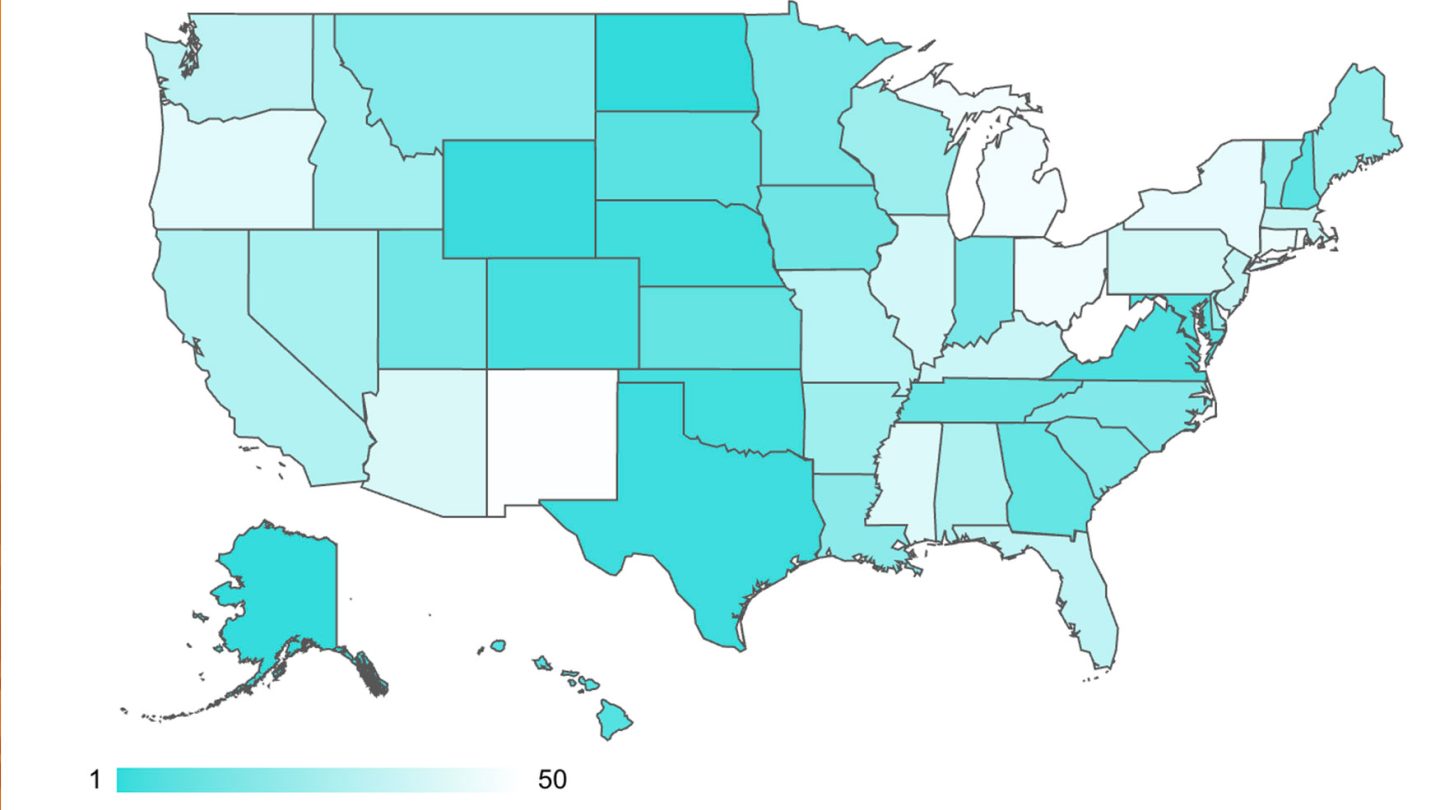 You might consider yourself to be a hard worker, but your state as a whole might not be following the same trends. The financial website WalletHub crunched a whole bunch of numbers to come up with a ranking of all 50 states based on how hard their residents work. I have a feeling you’re going to be surprised by the results.

As the website explains, they took into account a variety of factors to determine each state’s rank on the list. Some of the metrics they used are totally reasonable and valid, while others seem a little more difficult to accept as a significant factor when considering how hard people in each state are working.

First, let’s get the ranking out of the way first. Here are the top 10 hardest-working states, based on the criteria WalletHub examined:

And just for the sake of comparison, here are the least hard-working states:

You can check out the full list on WalletHub’s website, but let’s take a quick glance at the criteria the site used to come up with this ranking. They accounted for 10 different factors, including things like average hours worked per week and annual volunteer hours per resident. Those are valid indicators of how hard a population is working, but other factors don’t seem nearly as relevant.

For example, the ranking uses employment rate, unused vacation time, and even commute time to help separate the states. Now, I’m not usually one to question the methodology of a study but you’d have to agree that some of these factors are often completely out of the control of the state’s residents.

Michigan, for example, which ranks #4 for least hard-working, has seen huge unemployment spikes due to impacts related to the automotive industry. It’s not that those people don’t want to work — and work hard! — but their jobs disappeared and the economy hasn’t been able to support all of the unemployed with new areas of work.

As for unused vacation time (even though it’s only given half-weight in the rankings), I’d argue that workers should absolutely be using their vacation time. A healthy work-life balance is important, and to suggest that a person isn’t as hard-working as another just because they took a vacation feel kind of, well, petty.

In any case, it’s at least a mostly decent measurement of how hard people are working in each state, but if you find that you live in a state that is on the lower end, don’t beat yourself up about it.