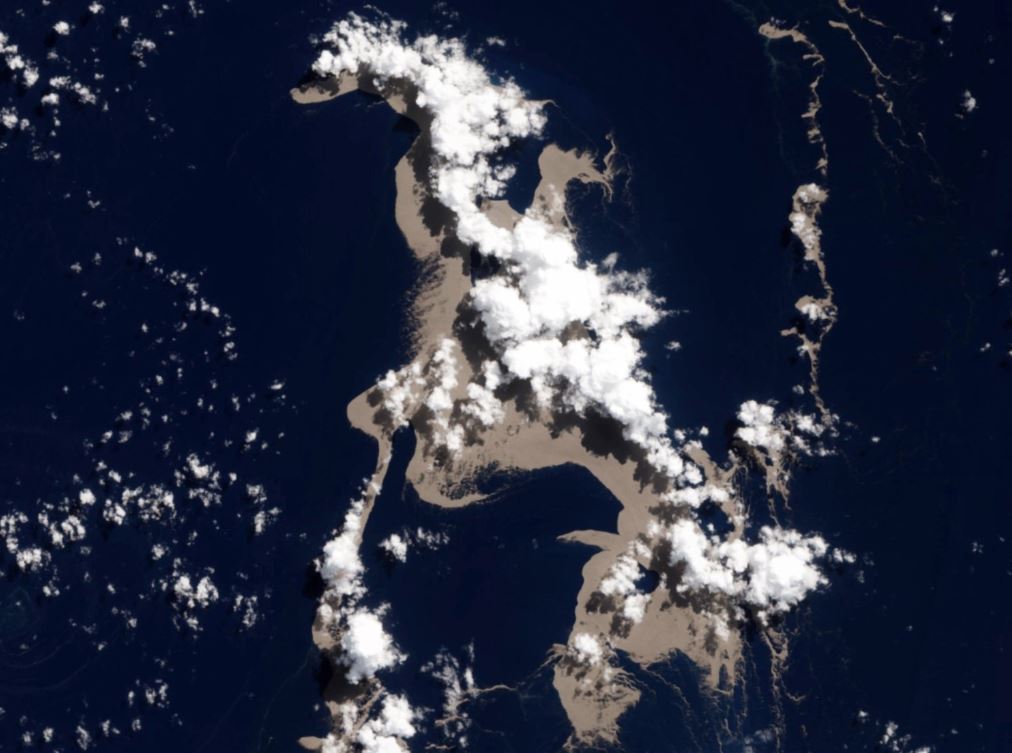 The Great Barrier Reef is in bad shape, and humans are to blame. Warming seas due to climate change have led to extreme “bleaching” of much of the coral that makes up the reef, effectively killing it and turning once-vibrant stretches of the reef into underwater wastelands.

Australia has committed hundreds of millions of dollars to attempt to revive parts of the reef that are, at the moment, essentially dead, but now it looks like Mother Nature might be trying to offer humanity a helping hand. An absolutely massive “raft” of volcanic material spewed from beneath the ocean has been spotted drifting toward Australia, and once it gets there it could help bolster life in and around the reef.

The rocky pumice is the result of a volcanic eruption near the island of Tonga. Because the pumice is porous, it tends to float, and now tons of the material — some of the rocks are as large as a basketball — is headed for the Great Barrier Reef.

A bunch of floating rocks and debris might not sound like something that could help out a struggling reef, but researchers believe it could be a boon. As the rocks float along ocean currents they become home to a variety of organisms. When the pumice eventually reaches Australia’s coastline, it will introduce millions of these organisms to the reef, potentially promoting regeneration of the coral and giving dead parts of the reef a second chance.

Of course, none of this is going to matter much if sea temperatures continue to warm as they have in recent years. When the water gets too warm, the organisms in and around the reef flee or die off, and all that remains is ghostly white, lifeless coral — hence the term “bleaching.”

At the moment, most of the world’s leaders are engaged in talks on how to manage climate change on a global scale, setting guidelines for how we might be able to save the planet from manmade pollution in the near future. President Trump decided to skip that meeting.