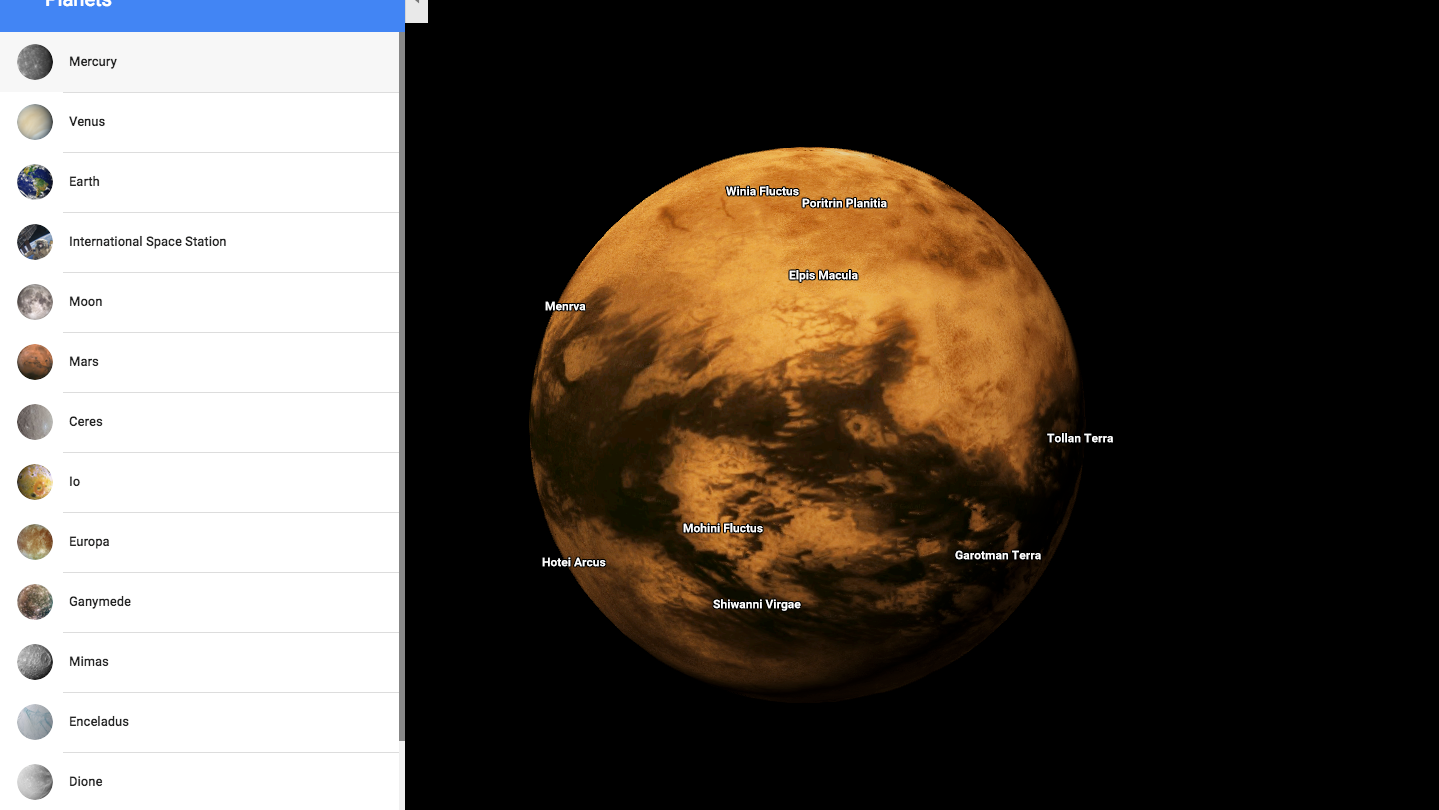 When it comes to maps, Google has already conquered Earth. Whether you need a bird’s eye view of your neighborhood or a street-level glimpse at a storefront half the world away, Google can deliver it in seconds. So it’s no wonder that after doing pretty much everything it possibly can to map our home planet, it set its sights skyward, and today the company announced it has added a total of 12 new worlds to Google Maps.

The all-new destinations include a whole host of moons scattered around our Solar System, including Europa, Titan, and the frigid Enceladus. Also on the list are the nearby Venus and the once-planet Pluto, and you can explore all of them with nearly the same freedom as the more remote areas of the Earth. You’ll have to excuse the lack of Street View support for now, but Google is probably working on that as we speak.

On each of the new planets and moons, places of interest have been labeled for you, and clicking on them will reveal short blurbs of information as to their origins and meaning. It’s a fun little bonus.

One thing you’ll immediately notice about several of the new worlds added to Google Maps is that the photography is nice and clear, but has a few odd quirks. For example, checking out Ceres from all angles will reveal that the poles seem to have extremely high contrast, which is due in part to the angles at which the images that make up the map were captured. Still, it’s a really fantastic new feature that will surely kill many, many otherwise productive hours.