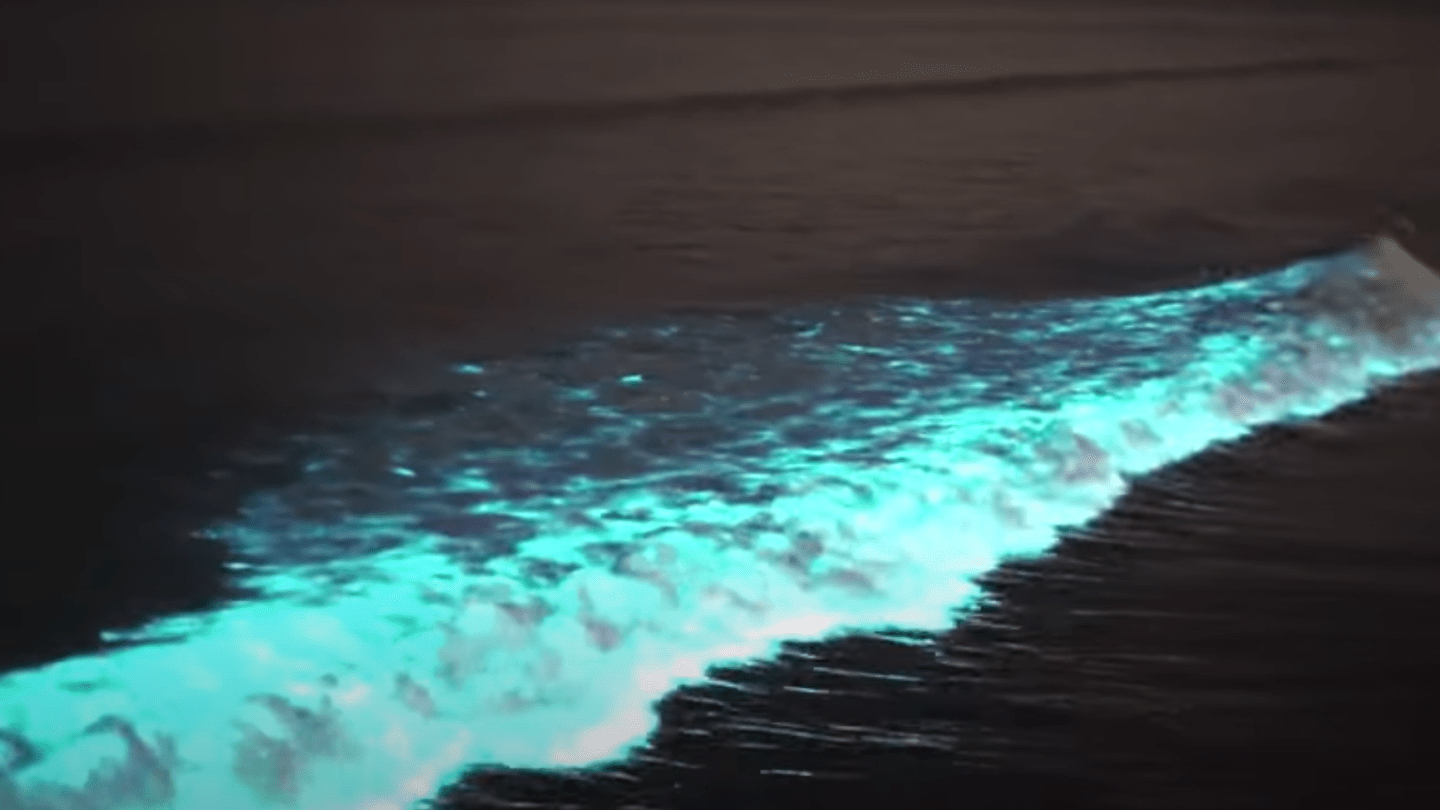 Brilliant blue waves are lighting up California beaches at night thanks to a bloom of bioluminescent plankton called Lingulodinium polyedra. What the species of tiny organisms lack in a flashy name it more than makes up for by actually being flashy. Like, literally.

During the day, the organisms crowd the surface near the shore, soaking up the sunlight and creating what is often called a “red tide.” At night, things get even more interesting, as the phytoplankton light up whenever they are disturbed. The result is a hypnotizing blue glow when anything from a dolphin to a human surface passes through the water.

Unless you live near a coastline that experiences these kinds of algae blooms you’ve probably never seen such an incredible display in person. However, thanks to the efforts of Dr. Michael Latz of Scripps Institution of Oceanography at the University of California San Diego, we can enjoy the recent incredible sights from the comfort of our web browser.

Dr. Latz published a lengthy video of waves coming in near the Scripps Institution of Oceanography Pier, and it sure is something special:

As you can see throughout the course of the video, any significant movement in the water is enough to disturb the plankton and trigger the light show. Waves glow brightly, as do the wakes of swimmers and surfers enjoying the rare opportunity to surf on neon blue waves.

It’s a sight that, unless you knew you were looking at footage shot right here on Earth, you might imagine took place on the shores of some alien planet. It’s that bizarre. But nope, it’s still just our own lovely little planet, being super weird as always.

With much of the United States under some form of lockdown or quarantine, spending an evening kicking back on a beach is pastime few are currently able to enjoy. Nevertheless, the nighttime light show has attracted a lot of onlookers. As Gizmodo notes, city officials are struggling to grapple with crowds of people ignoring social distancing mandates and partying on the beaches until the early morning hours.

“This is a very disrespectful crowd, and it is really ramping up tensions here,” one fed-up resident wrote to city officials. “It is a shit show, like the 4th of July on steroids. And it happens every single night.”

Yeah, that’s not good, especially in the midst of a pandemic that could very well ramp up rapidly with little notice once we start to ignore important safety measures like social distancing.