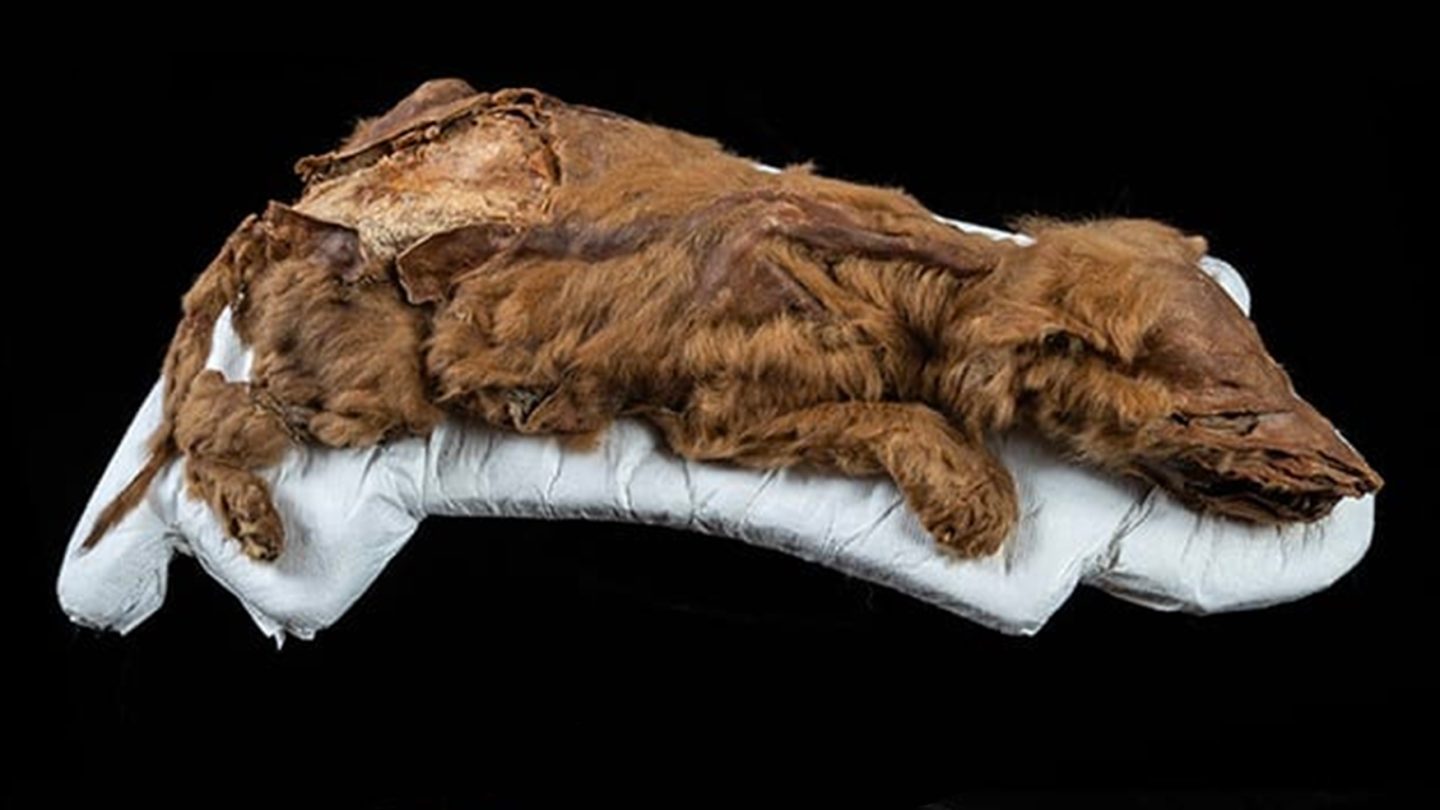 Dogs may be man’s best friend, but one poor canine that lived some 57,000 years ago in present-day Canada never got the chance to experience much of her own life, much less meet a human. She died at the incredibly young age of just six or seven weeks, and her body was frozen in such a pristine state that it survived to this day.

The pup is the subject of a new research paper published in Current Biology, and the well-preserved remains are offering researchers an incredible window into what life was like for canines in North American as glaciers were receding. In fact, the small female wolf was preserved in such a state that scientists can even see what it ate prior to its untimely death.

The tiny wolf pup was reportedly discovered by a miner working to clear away some frozen mud. The mud wall included a layer of permafrost and, as the worker sprayed the mud with water, it revealed the buried remains of the wolf. The pup, which was in a curled position, still has much of its first, its teeth, and other body parts and organs intact.

The animal, which has been named Zhùr — meaning “wolf” in the Hän language — is considered the most complete example of a mummified canine from the time period in which it lived. As for how she died, the researchers believe that she was buried in her den “during a collapse of the sediments,” and that she was essentially buried alive. That’s a rough way for any living creature to go, but the remains have proven extremely valuable to scientists.

The contents of Zhùr’s stomach, for instance, have offered researchers an incredible opportunity to see what wolves of the period dined on. In this case, the tiny wolf pup appears to have most recently consumed aquatic life, including fish and perhaps aquatic fowl local to the region. At less than two months old, the tiny pup wasn’t doing much hunting herself, but her elders likely provided the food for her as part of the pack.

“Zhùr was found in the vicinity of the Klondike River, which currently has a spawning population of Chinook salmon (Oncorhynchus tshawytscha) that are connected to the Pacific Ocean by the Yukon River,” the scientists reveal. “Prior research indicates that some modern wolves from interior Alaska can derive large proportions of their diet, at least seasonally, from aquatic (in some cases marine) sources such as salmon.”

Going forward, the tiny pup will surely be the subject of ongoing research, as she is the most pristine example of an ancient wolf that researchers currently have access to.