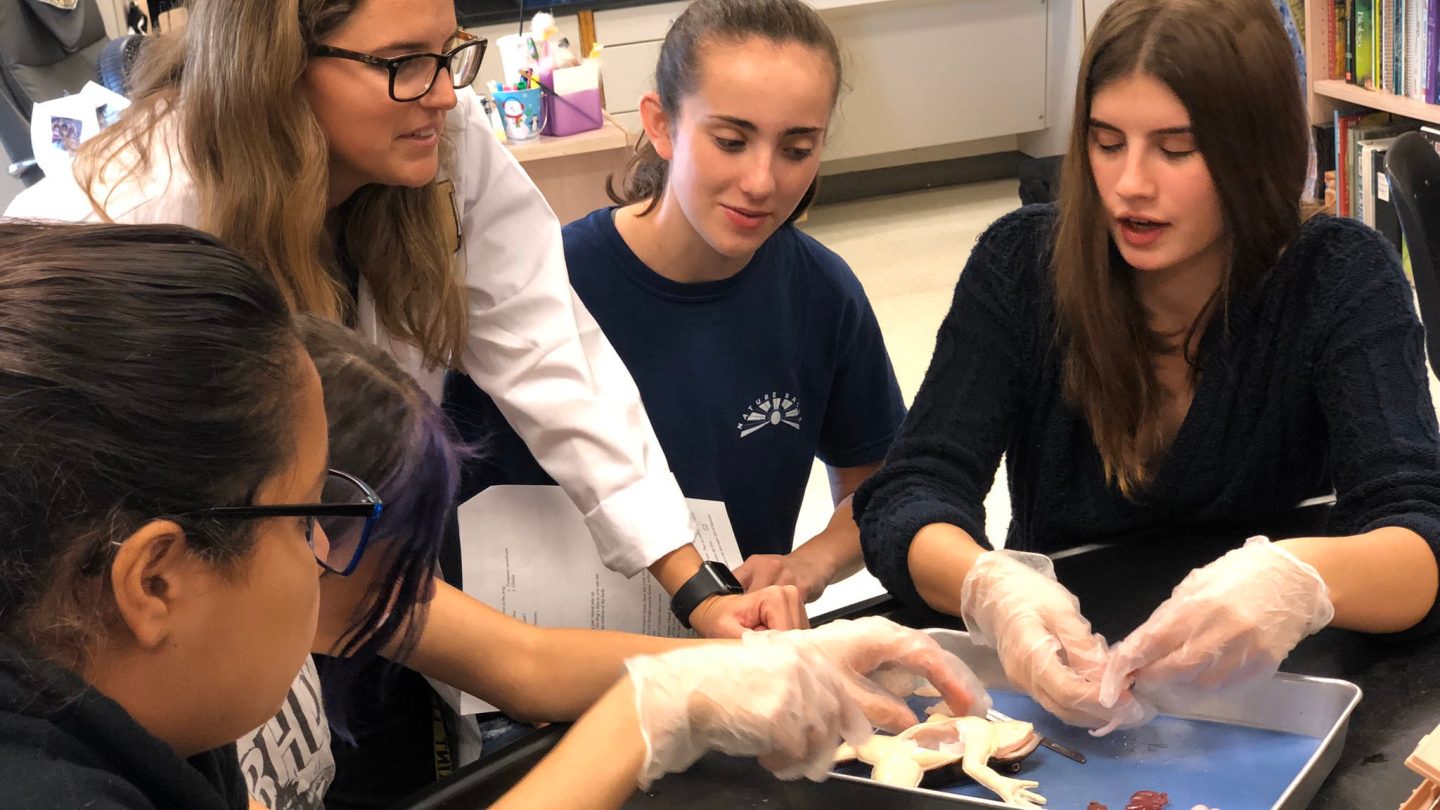 Dissecting a frog was once a rite of passage for high school students (and sometimes junior high students) across the country. Coming up through the grades you’d hear fellow students talking about it, and whether you loved the idea or hated it, you were going to have your date with an unfortunate frog sooner or later.

Many schools carry on the tradition in their science courses today, although some have scaled back things a bit. The students at J.W. Mitchell High School in Florida recently got their hands on some frogs just waiting to be sliced open, but these weren’t any ordinary amphibians. The frogs were lifelike synthetic replicas of their real-life counterparts, complete with internal organs and fake tissue.

The “SynFrogs,” as they are called, are created by a company called SynDaver. Slicing one open and digging through their guts isn’t nearly as stomach-churning as diving into a real amphibian, but it offers students the same kind of glimpse into the inner workings of an animal’s body.

We are so excited to have partnered with @Syndaver so that our #Mustangs could be the first students in the world to dissect synthetic frogs 🐸! #DissectionAwaits #ScienceAwaits #LearningAwaits #Excellence #HighSchoolExperience pic.twitter.com/rtpPoSEvlF

The frog models are the same size as the real thing, but they don’t come cheap. A single synthetic frog costs a whopping $150. That might seem prohibitively expensive, especially for a school district that would need to buy several of them for a class, but the catch here is that they are reusable. They can be reassembled over and over again, meaning that a school could buy as many as they need for a single class and have each class dissect the same frogs.

Over the course of several years, the fake frogs essentially pay for themselves. As an added bonus, it puts a small dent in the number of real frogs that have to be harvested just so students can poke around in their guts before throwing them away.