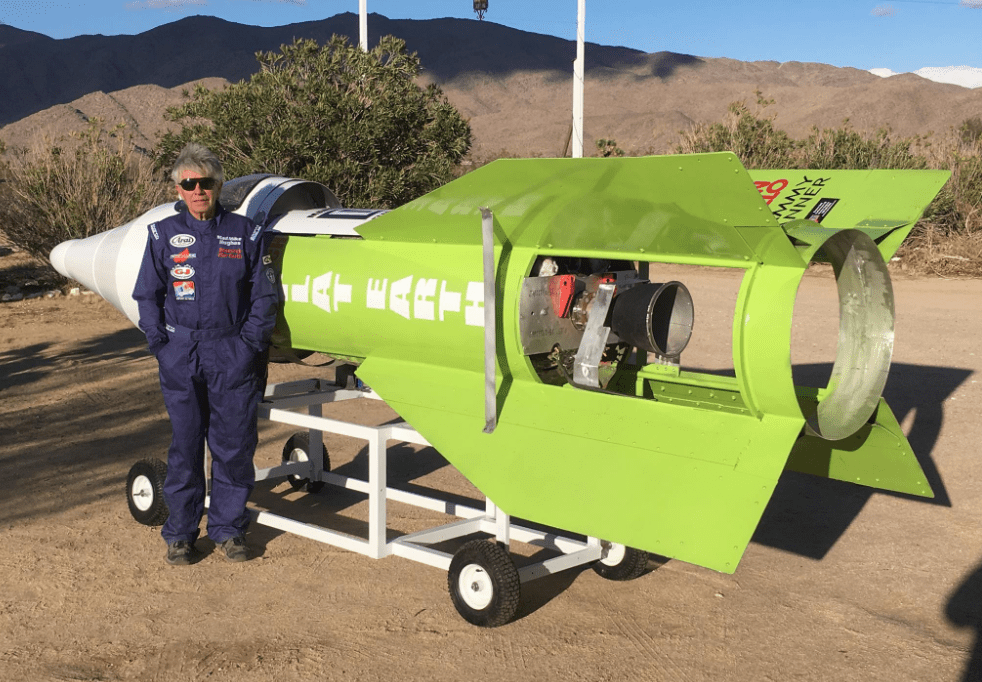 We’ve been following the saga of “Mad” Mike Hughes for some time now. Hughes is a flat-Earth believer, conspiracy theorist, and self-proclaimed rocket scientist, and in late 2017 he made headlines after promising to launch himself skyward in a homemade rocket. He doesn’t want to reach space or really even get close, he just wants to shoot himself into the air and float back down to the Earth, which is flat, because that’s just the kind of guy he is. Unfortunately, his plans hit some major snags thanks to pesky government officials, but now he’s back with a new strategy and a renewed sense of… whatever it is that makes a person want to ride a homemade rocket, I guess.

Hughes’ original plans fell through because the trajectory of his launch would have led him over federal lands. He claimed he got verbal approval for the launch, but local officials said at the time that they’d never heard of him and that his rocket would need to remain grounded. But it’s hard to keep a self-taught rocket scientist down, and his new plan is just to launch his rocket straight up so that it doesn’t infringe on government-owned property. Genius!

As insane as this all sounds — and yes, it is most definitely insane — Hughes has actually played the role of human payload in a rocket launch before. His previous trip happened back in 2014 with a steam-powered rocket that traveled 1,400 feet. Hughes was rather beat up by the flight and had to endure a lengthy recovery, but that clearly hasn’t dampened his spirits at all.

He claims his next launch will take him 1,800 feet straight up, and at speeds of around 500 miles per hour. He’ll parachute back down to Earth while the rocket endures a much harder landing elsewhere. All of this will be perfectly legal, Hughes says, because he’s just going to launch straight up from privately owned property.

His belief in a flat Earth is somewhat secondary to his rocket launch dreams, but he is promoting a flat Earth believer group who he says has helped fund his adventures. He also says he wants to photograph the Earth from the highest point his rocket can reach, but unfortunately he won’t actually be high enough to see the curvature of the Earth anyway. That will probably play right into his hand, however, because science is just one big conspiracy to hide the fact that the Earth is flat… or something. He has tentatively scheduled his flight for early February.