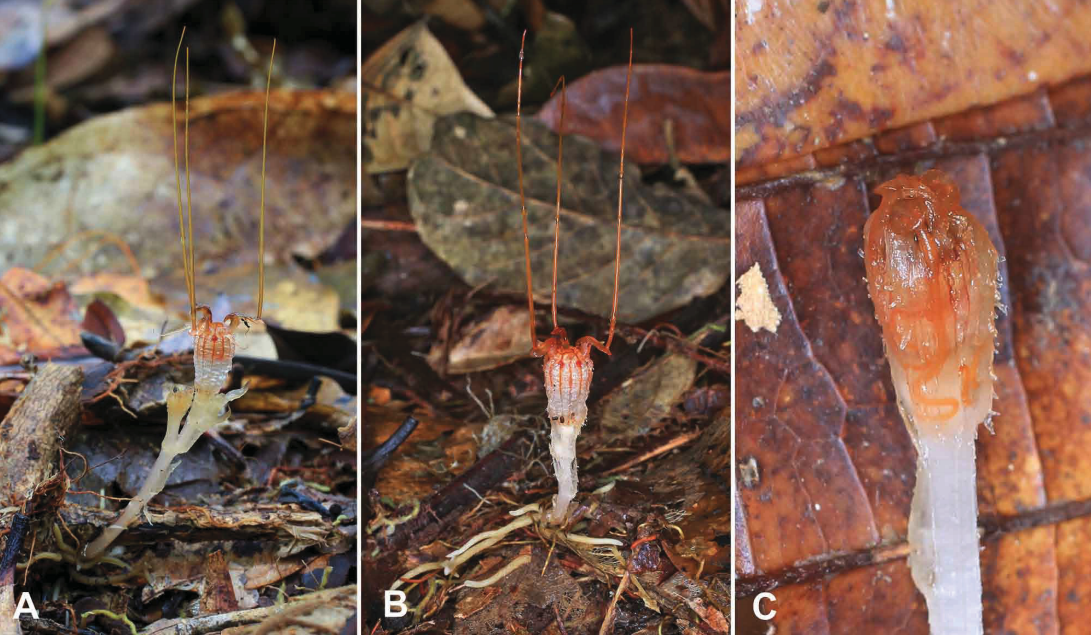 Determining whether or not an animal is endangered or even extinct can be a difficult job, but that challenge is even greater when it comes to plants. Animals can be tracked, caught, and observed as they move around, but when an incredibly rare plant seemingly disappears from the Earth it’s close to impossible to know whether or not it’s really gone for good. That appears to be the case regarding a tropical plant called Thismia neptunis, which had only been documented once in history and never photographed.

The initial sighting of the bizarre plant came back in 1866 when a botanist named Odoardo Beccari claimed to have found one. He jotted down a description and a sketch of the plant in a notebook and moved on, and that was the last time anyone would see the rare plant for the next 151 years. Now, against all odds, it’s back.

Researchers from the Czech Republic stumbled upon more of the plants last year in the rainforest of Borneo. They spotted it growing in the moist dirt along the shoreline of a river, and its incredibly strange shape caught their attention. Their work was published in the journal Phytotaxa.

The plant, which has no leaves, is essentially a large stalk with a single flower-like feature holding up a trio of long stalks. Its strange appearance has led to it being nicknamed the “fairy lantern,” but the majority of the plant actually lies underground where it sucks up nutrients from buried fungi. The flower of the plant only blooms for a few weeks per year at the most, making the sighting incredibly rare.

Its incredibly long absence from the scientific record led some to assume that the plant had become extinct, perhaps as a result of rainforest destruction. These new specimens, however, were discovered in a restricted area. Still, the incredibly low number of observed plants — less than 50 worldwide — means that it fulfills criteria to be considered “critically endangered.”