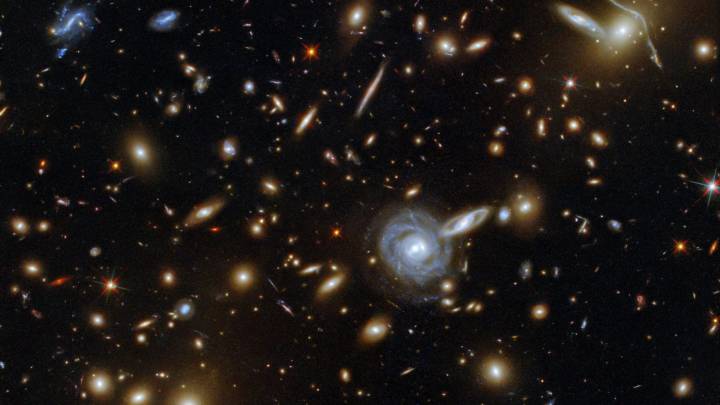 Exoplanet discoveries used to be nothing but a dream for scientists, but new telescope technology and more advanced observation techniques have made the task of finding planets outside of our solar system easier than ever. In fact, so many new exoplanets are being found these days that scientists have to pick and choose which ones are most in need of study since there simply aren’t enough eyes to go around.

Now, a massive international team of astronomers and other scientists have revealed the discovery of a particularly interesting exoplanet that is sure to get a lot of attention. It’s called TOI-1231b, and it orbits a star much cooler than our own Sun. The star, named NLTT 24399, is a red dwarf, so despite TOI-1231b being much closer to its star than Earth is to the Sun, the planet is actually similar in temperature, and it is thought to have a robust atmosphere that warrants future study.

The planet is referred to as a “sub-Neptune,” meaning that it’s smaller than Neptune but larger than Earth. It’s not believed to be a primarily rocky world, so it’s not considered a Super Earth, but its atmosphere could still yield some very useful information for scientists.

“The low density of TOI 1231b indicates that it is surrounded by a substantial atmosphere rather than being a rocky planet. But the composition and extent of this atmosphere are unknown,” Diana Dragomir, co-author of the work, said in a statement.  “TOI1231b could have a large hydrogen or hydrogen-helium atmosphere, or a denser water vapor atmosphere. Each of these would point to a different origin, allowing astronomers to understand whether and how planets form differently around M dwarfs when compared to the planets around our Sun, for example. Our upcoming HST observations will begin to answer these questions, and JWST promises an even more thorough look into the planet’s atmosphere.”

TOI-1231b was found in part thanks to the size of its star. When peering deep into space, scientists find it much easier to spot planets orbiting smaller stars due to the influence that the planets have on the stars themselves. In the case of a sub-Neptune planet orbiting a small, cool red dwarf star, the planet casts a large shadow when passing in front of its star, from our perspective. This allows instruments like NASA’s Transiting Exoplanet Survey Satellite (TESS) to spot such worlds with greater accuracy.

Understanding how planets and their atmospheres form around different types of stars is vital if we ever hope to explore the cosmos in search of life, Earth-like worlds, and planets where we may be able to set up shop. Discoveries like this one are steps toward that future, even if none of us will be alive to see it.