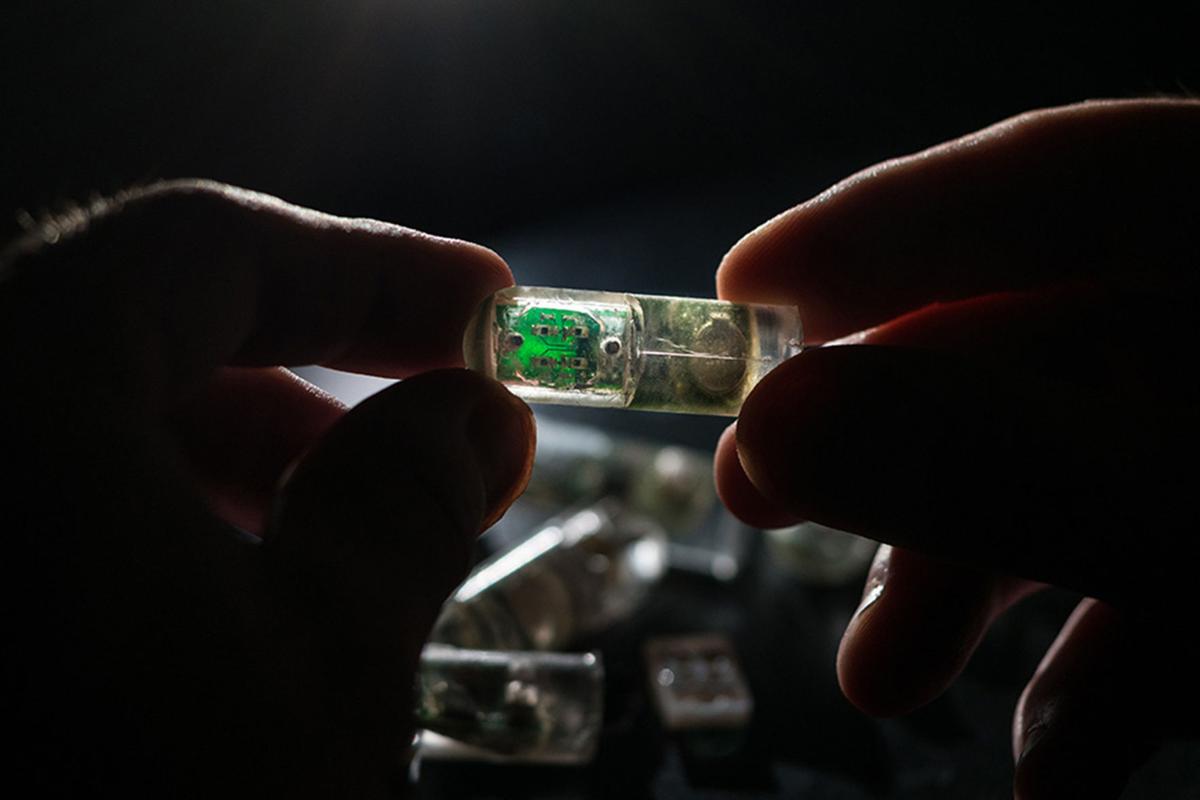 For all the ultra-powerful technology that doctors have at their disposal, it’s still shockingly difficult to see what’s actually happening inside the human body. Sure, CT scans can offer a glimpse at where things are, but spotting irregularities still requires surgeons to break out their blades — or in the case of gastrointestinal issues, shoving a camera in one end or the other.

MIT is hoping to make that uncomfortable experience a thing of the past with swallowable smart pills that can check out what’s going on inside a person’s digestive system, with no strings (or thick cables) attached.

As ZDNet reports, MIT scientists have been building the chip-in-a-pill system for some time. It doesn’t use a remote camera — though that would be pretty neat — but it does have sensors that can detect the presence of blood in a very special way.

Inside the chip are tiny reservoirs that are filled with special bacteria. These bacteria are home grown, and they have one job: to light up if they come into contact with blood. When the bacteria are released, they spread out around the chip, mixing with the gut contents. If a bacteria finds red blood cells they begin to glow. A tiny sensor on the chip can detect the light of the activated bacteria and the chip then sends that data back to the doctors.

With this system, doctors can detect the presence of blood throughout the digestive system by releasing fresh bacteria when the chip reaches new areas. It doesn’t use much power, so it can take its time as it moves through a person’s body, returning valuable data whenever healthcare providers require it. The information the chip sends back can be used to form treatment plans or, if things are particularly dire, speed up the timeline or jump straight to surgery.

It’s obviously a very cool system, but it’s not quite ready for prime time yet. The pill’s functions are still being fleshed out, but it may not be long before you’re swallowing a sensor to give doctors a better look at your insides.