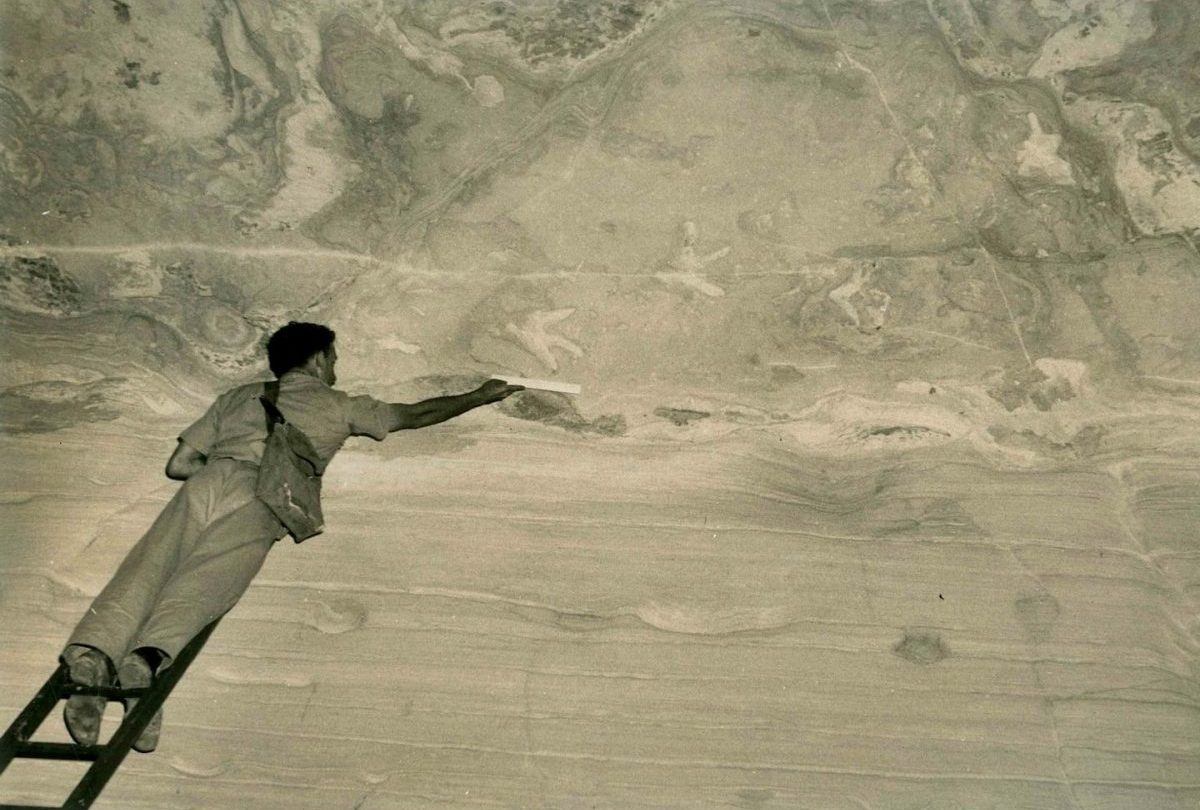 Finding dinosaur footprints can be exciting for any scientist. Finding them in a unique place just adds to the fun, but when a set of fossilized footprints was spotted on the ceiling of a cave in Australia, it sparked a decades-long mystery that was only just recently solved.

As HeritageDaily reports, the fossilized footprints were discovered on the ceiling of a cave near the town of Mount Morgan. It’s a dinosaur footprint fossil hot spot, but when some of the tracks seemed to indicate dinosaurs walking upside down, researchers were left shaking their heads and searching for answers.

Explaining exactly why the footprints appeared on the ceiling was rather straightforward. “The tracks lining the cave-ceiling were not made by dinosaurs hanging up-side-down, instead the dinosaurs walked on the lake sediment and these imprints were covered in sand,” Dr. Anthony Romilio of the University of Queensland said in a statement.

What the prints appeared to show, however, was truly puzzling for paleontologists. “Earlier examinations of the ceiling footprints suggested some very curious dinosaur behaviour; that a carnivorous theropod walked on all four legs,” Dr. Romilio explains.

As luck would have it, the children of one of the paleontologists who originally investigated the tracks over half a century earlier were able to provide the university researchers with a wealth of information including photos and casts of the foot impressions.

After investigating the treasure trove of data, the researchers were able to determine that the tracks were telling a misleading story.“Rather than one dinosaur walking on four legs, it seems as though we got two dinosaurs for the price of one – both plant-eaters that walked bipedally along the shore of an ancient lake,” Dr. Romilio said.

So, the dinosaurs walked normally and definitely didn’t float upside down? Bummer.